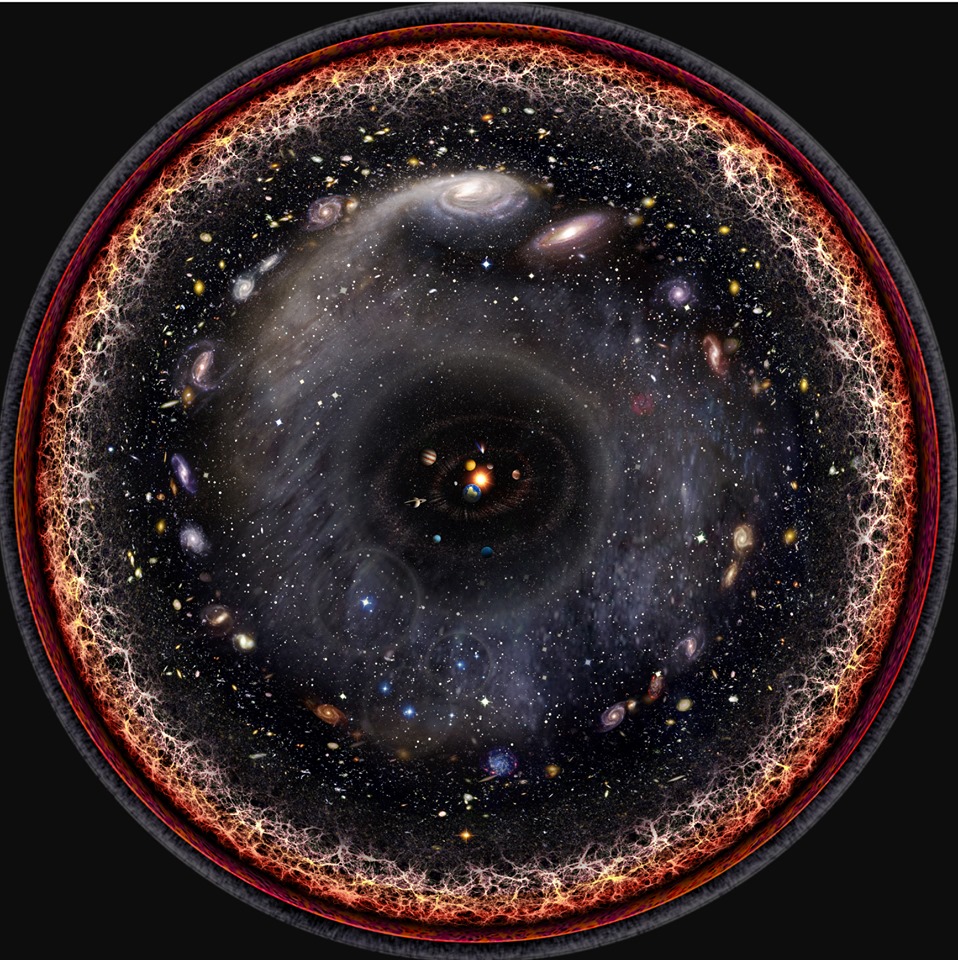 This is a story of previously unrecognized human potential.

The precise measurement of our senses has only been possible through recent advances in technology -- and the related experiments are yielding astonishing results. We are at a point in history of reconsidering the whole sensorium, or the seat of the senses.

The ironic part is that the same machines we worry will one day surpass us are, indeed, pointing back at us and telling a new and very human story. It is a paradigm changer.

In the first part of this series, we reported that some of the leading physicists of our time – including one Nobel Prize winner and other leading and historic scientists – are excited about the possibility that human vision may be used to directly explore and investigate various aspects of the quantum, physical nature of the universe. This very new movement has been given major impetus from the recent scientific demonstration – unexpected to many physicists as well as lay people – that a human observer could accurately and consciously detect a single photon of light in a darkened chamber under rigorous experimental conditions.

We also reported that this new research agenda is apparently part of a broader, but seemingly disparate/disconnected, movement in human sensory neuroscience, biophysics, and psychophysics, which has led to equally dramatic and unexpected scientific findings on the hyperacuity of the other human senses:  hearing sensitive to atomic-level fluctuations in sound (in terms of amplitude of the sound waves); tactile/somatosensory sensitivity to nanoscale (billionths of a meter) discrimination; quantum mechanically-based olfaction/chemoreception sensitive to one trillion distinct olfactory stimuli.

Our focus in the first installment last month was especially on the excitement of the above-mentioned leading physicists to the potential capacity of human observers to directly see, not only single photons, but quantum properties such as entanglement, superposition, and spin or polarization, among others. A number of leading groups of physicists, affiliated with top institutions, are even talking about an agenda “to use human vision to probe the very foundations of quantum mechanics,” according to a very recent piece in the leading journal Scientific American.

This is an unprecedented, historic, and potentially revolutionary claim and agenda, and one of the key dimensions of it is actually the range of capacities in human vision and sensory-perceptual functioning in general: there can be a significantly variable range in individuals’ capacity to perceive, including see, with accuracy and precision.

Closer inspection into the studies already completed, currently underway, and under development, reveal that this individual range in the capacity to attend to, see, detect, and discriminate are great, and may ultimately play a very significant role in the outcome of the studies – as well as in determining the identity and range of quantum phenomena that may ultimately be accessible to direct human perception.

This is why we also in the first installment briefly introduced the body of work on adept perceivers (Bushell, 2009, and Bushell in progress), those who have trained and practiced for years seeking to radically enhance their basic sensory-perceptual – and attentional – capacities. It is important to point out in this post that a significant and growing body of empirical and experimental research extending back for years has clearly demonstrated that certain forms of training, in what can be called observational meditation, can potentially lead to significant, profound, and even radically enhanced sensory-perceptual and the closely related attentional performance in scientific testing (see Bushell, 2009).

Across a broad spectrum of sensory stimuli tested over a period of years, some studies of advanced practitioners of observational meditation have specifically tested the capacity to visually detect and discriminate small amounts of light under dark-adapted (scotopic) conditions, demonstrating significant and even substantial levels of enhancement correlated with the training regimens.  Although these studies did not look at the number of photons detected, they did demonstrate that, with training in several forms of observational meditation, practitioners could significantly and potentially dramatically enhance their ability to detect very brief flashes of light in the millisecond range. Additionally, the studies demonstrated that the training resulted in the ability of the practitioners to enhance their ability to discern or discriminate successive light flashes, ie to significantly reduce the “critical inter-stimulus interval” (CISI) in which the subject was able to consciously perceive the successive flashes of light. This testing was done using a technological device known as a tachistoscope, while similar results were also found using a device that tests the CISI through a standardized protocol known as the critical flicker fusion test (CFFT; see review in Bushell, 2009). Both bare detection of rapid individual miniscule light flashes, and discrimination of rapid successive miniscule light flashes, are crucial to the studies underway testing the human capacity to directly and consciously detect/discriminate single photons, as well as their putative quantum properties.

The spectrum of studies proposed by these teams of eminent physicists is surprisingly broad and bold, and includes closely related quantum phenomena such as entanglement, superposition, and photon polarization, among others. Hence it would seem that the sensory-perceptual and attentional proficiency of the individual study subjects should be of particular importance. This desired high level of proficiency would of course be the reason for incorporating adept practitioners into the study protocols. The researchers from Rockefeller and Illinois Universities, among others, have described the extremely dim, borderline subliminal, quality of the observed single photons reported by the research subjects in the experiments. The intensive and extensive practice of observational meditation is precisely intended to transform dim and subliminal perception into clearer, more distinct, and more robust perception. A substantial and growing body of peer-reviewed experimental sensory neuroscience research has demonstrated significant and even dramatic enhancements of the perception of not only light flashes, but of other visual stimuli, as well as auditory and tactile stimuli, associated with the amount of time devoted to the practice of these forms of observational meditation.

In fact the use of the term “adept” for the most proficient of these practitioners is in keeping with a branch of science – also still relatively unknown both outside and inside of professional scientific circles – known as “expert and exceptional performance.” This field was founded by one of the Nobel Prize-winning co-founders of both cognitive psychology and artificial intelligence (AI), Herbert A Simon, along with his colleagues and students (including K. Anders Ericsson). Simon et al studied scientific prodigies and “geniuses,” chess masters and grandmasters, calculating and memory prodigies, virtuoso musicians and elite athletes, and found that the amount of time devoted to “deliberate practice” along with the capacity for undistracted attention, appeared to be more important than any heritable (including genetic) or other factors in the attainment of world-leading and historic levels of achievement in these fields. Among a number of key determining factors, deliberate practice results in significant neuroplastic changes accompanying a process known as “perceptual learning,” and these changes have been found to subserve the significantly and radically enhanced capacities found in these kinds of expert and exceptional performance. The researchers also found that sensory-perceptual capacities, including in the direction of hyperacuity and clarity, can specifically conform to the same fundamental paradigm of expert and exceptional performance.

In terms of the actual direct human perception of phenomena such as entanglement and superposition, the appearance of such phenomena – if indeed perceptible at all – may very well be difficult to achieve, be transient, fragile, “sketchy,” and appear very unexpected, unprecedented for the subject, just as has already been found in the studies of human single photon detection. For example, Angelo Bassi, (cited in Nature, see reference below), a leading researcher in the field of entanglement and the “borderland” between the quantum and the classical “levels of reality,” speculates that a well-designed follow up study further probing human microscale photon detection could result in “something like a superposition of two different perceptions, even if just for an instant” (some other leading physicists have speculated similarly. This proposal is based on the fact that detection of a photon on a scale of finer resolution involves what’s called the collapse of the wave function, in which the photon changes from a probabilistic wave into a discrete entity through its detection or observation. In such a scenario as this follow up experiment, one would hope for human subjects with the most developed sensory-perceptual and attentional capacities possible.

In fact, in the next installments of this series we will see how phenomenological (“subjective”) accounts of adept practitioners of observational meditation of light (and other phenomena) may indicate possibly tantalizing similarities to this description by Bassi of such simultaneous different perceptions potentially characteristic of superposition. We will also look at phenomenological accounts of such adept practitioners that may be suggestive of the closely related phenomena of entanglement, photon polarization, and a more “particle-like” appearance in the perception of light (ie, the perception of light as quantized). We will also consider how the phenomenon of multisensory integration – a new hot topic in sensory neuroscience related to synesthesia– may assist normal research subjects and adept observational meditators in probing these quantum phenomena, as well as possibly in gaining a novel unique access to the investigation of “Schrodinger cat states,” Heisenberg’s Uncertainty Principle, and other foundational matters of quantum physics that are presently being further explored with other new yet more conventional forms of scientific technology.