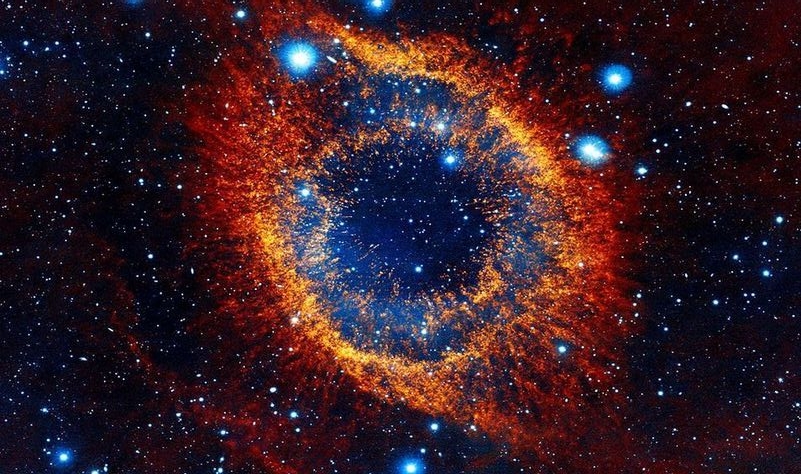 A profound movement is underway in physics and related disciplines, one which has been accelerating. The public has not heard much about it, nor has the wider physics community. It is a groundswell of research focused on the discovery of the human potential for directly perceiving key aspects of what can genuinely be referred to as the “fabric of the universe.” What is astonishing about this news is that science is moving toward a day when human direct, sensory perception of the quantum may answer lingering questions about physics.

The recent discoveries involve all of the human senses – their basic capacities as well as their potential for radically enhanced functioning – and in this, the first part of what will be a several-part series on this blog, we will focus primarily on human vision.

Human beings have been discovered to have the capacity to directly perceive single photons of light, as has recently been established experimentally and published in the journal, Nature. This discovery is connected to what a number of leading physicists believe is another, even more astounding impending one – likely to be published in the next several months – the human capacity to directly perceive radical aspects of the quantum nature of light, especially superposition and quantum entanglement/non-locality.

Moreover, according to some of these leading physicists, some of the most important next steps in the progression of quantum physics and cosmology may actually depend on what trained human observers directly perceive in terms of the quantum properties of individual photons, especially regarding superposition and quantum entanglement.

Describing the nature of this research-in-progress several months ago in Scientific American, Anil Ananthaswamy wrote of the intention of one of the several teams in this research movement “to use human vision to probe the very foundations of quantum mechanics.” According to one of the physicists on the team, Rebecca Holmes of Los Alamos National Laboratory, the results of this study using the naked eyes of human observers could potentially produce "evidence that something is going on beyond standard quantum mechanics."

According to Ananthaswamy, the work of this team, which also includes quantum physicists Paul Kwiat and Nobel Laureate Anthony Leggett, both of the University of Illinois at Urbana-Champaign, could potentially “point toward a possible resolution of the central concern of quantum mechanics: the so-called measurement problem.” Conclusive resolution of the measurement problem according to many experts in physics has been resistant in significant ways to previous experimental investigations, ultimately leaving unanswered the question of whether observation does in fact collapse the wave function, which is what quantum physics considers to be integral to the very basis of the “fabric of the universe.”

It is important to note that this new understanding of the unexpected scale, accuracy, and precision of human vision, its capacity to directly access light at the level of single photons, and quite possibly also to determine the very quantum nature of light, has been developing within a larger context in the fields of biophysics and psychophysics, as well as in physics itself. This context, which also has not moved much into the realm of popular culture, nor even much into the overall scientific community itself, includes radical and revolutionary findings on not only vision, but on the other senses as well.

Describing the recent research in his lab and others into human hearing, biophysicist A.J. Hudspeth of Rockefeller University reports (cited in Bushell 2018, link forthcoming), "Statistics concerning the human ear are astounding. The healthy human cochlea is so sensitive that it can detect vibration with amplitude less than the diameter of an atom, and it can resolve time intervals down to 10µs [i.e., microseconds, or millionths of a second]. It has been calculated that the human ear detects energy levels 10- fold lower than the energy of a single photon in the green wavelength...” Regarding human tactile and related senses (haptic, proprioceptive), it has recently been determined that “human tactile discrimination extends to the nanoscale [ie, within billionths of a meter],” this research having been published in the journal Scientific Reports (Skedung et al 2013).

Research into the human olfactory system has also recently been undergoing revolutionary progress, as it now appears to be part of a larger, organism-wide chemo-receptor system containing cells distributed throughout the body. The system appears likely to function via the mechanism of quantum tunneling of electrons within these olfactory/chemo-receptors (among other related mechanisms), and it has recently also been shown that the human olfactory sense is capable of discriminating over one trillion olfactory stimuli, as reported in the journal Science in 2014; the previous estimate was that the human olfactory sense could discriminate up to 10,000 different stimuli. (We will bring you more on this in much greater detail in a future post.)

All of this evidence on the previously unsuspected precision, range, scale, and magnitude of the human sensorium is now converging from a broad range of scientific fields and researchers into a unified body of evidence, and a new and radical emerging picture, of the potential of human sensory-perceptual functioning potential. And, moreover, simultaneously in the very present, the discoveries – especially concerning the human vision of light – are being deliberately directed by a number of the world’s leading scientists and scientific institutions, to research into the very foundations of the universe.

And yet we might also ask, with a genuine and deep curiosity, why this fundamental framework of human potential is only now being discovered in this advanced and highly prolific age of science? Why has this fundamental knowledge about our very selves and nature – right in front of, inside of, our noses, so to speak – only now emerging, coming to light, also so to speak? Why has this basic nature of our own very capacity to experience the world not been previously evident to us in one way or another, and certainly scientifically?

There are a number of significant and profound answers to these questions, which will be explored in this series. For now we will very briefly point out that in fact there have been people that understood (in their own particular way) that humans are potentially capable of perceiving on such miniscule, hyper-acute, and even microscopic scales. In fact, this knowledge has been held by such people in at least several cultures for centuries, people who practiced engaging these capacities for the very reason that they felt that the realized capacities could lead them to the direct sensory perceptual experience of fundamental properties of the world around them, of the universe. These cultures include the Tibetan, Indian, and East Asian, among others.

Over a decade ago, in Bushell's own research into the sensory-perceptual abilities of highly advanced, long-term, adept practitioners of special forms of observational meditation, he began to realize that some of these practitioners were actually specifically and explicitly attempting to study light with their own highly trained visual capacities, including attempting to  perceive the most elementary, fundamental “partless particles” of light. In fact, they were in many ways following the same protocols that contemporary biophysicists and vision scientists employ for testing the human capacity for detecting the least amount of light. The basic protocol includes the following key factors: the need for a completely dark, virtually light-proof chamber, which produces in human vision what is called the dark-adapted scotopic condition; the need for relatively complete motionlessness, as movements can distract and distort perception; the need for extended periods of highly directed and sustained attention; the need for being able to engage in multiple trials of viewing light, i.e., training and learning of the task; the ability to discriminate between actual external sources of light and light spontaneously produced by the body, especially by the visual system itself (internally produced light phenomena known as phosphenes or biophotons).

And while contemporary neuroscience research has not yet investigated the capacity of these practitioners to specifically perceive the quantum nature of light, a large and growing body of experimental research has demonstrated that these practitioners possess superior sensory-perceptual and attentional abilities in general, and specifically regarding other aspects of light (review in Bushell link above). Although Bushell’s scientific model is still very much under development (e.g., presentation at Victoria and Albert Museum, October 19, 2018, publication forthcoming), it may nevertheless be of considerable importance for the research agenda ahead on the potential human ability to perceive the quantum nature of phenomena, especially because one of the major challenges to this agenda is the range in the level of performance of the individual research subjects: successfully trained and skilled observers are in fact needed.

Bushell’s model is based on “adept perceivers” who have trained extensively to enhance their sensory-perceptual-attentional capacities to very high levels of performance, as experimentally established in the Western scientific context, and such training may be critical for the success of this radical and historic new agenda of the fundamental sensory-perceptual relationship of humans to the universe.

This article was originally published in Psychology Today.