2015 Esalen Retreat: The Sutras of Science 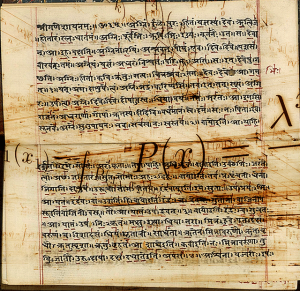 The Sutras of Science

The notion that science and spirituality are somehow mutually exclusive does a disservice to both.
~ Carl Sagan

WORKSHOP DETAILS
Science and spirituality have been at odds since the time of Galileo because of dogma and lack of dialogue. Yet they are two primary lenses through which we can explore who we are and illuminate the mysteries of the universe, while attempting to solve the current problems facing humanity.

A new paradigm is emerging today in spirituality, which is grounded in direct experience and informed by the latest scientific findings. Ancient spiritual concepts are becoming more directly intertwined with modern-day science, especially quantum physics. In fact, the founders of quantum mechanics, Heisenberg, Bohr, and Schrödinger, were avid readers of the Vedic texts and observed that their experiments in quantum physics were consistent with what they had read in the Vedas. Vedic texts such as the Bahgavad Gita and the Upanishads were collectively considered the most influential books ever written by eminent people like Thoreau, Kant, Schopenhauer, Schrödinger, Heisenberg, Tesla, Einstein, and others.

During this workshop, we’ll explore the seeds of scientific understanding in ancient scriptures from the traditions of Vedanta, Kashmir Shaivism, Tibetan Buddhism, and Yoga Nidra, while addressing some of the big questions in science today and how they translate to our direct experience: What do science and spirituality have in common today? How can science inform us on our spiritual path? How can spirituality expand the reach of science? How can the study and exploration of consciousness today bring science and spirituality closer to a space from which they can mutually benefit?

We will explore all these questions through talks, dialogues, exercises, meditation, yoga, and dance, and connect with one another while soaking in Esalen’s healing waters.

Tickets are no longer for sale