Why Isn’t Quantum Mechanics Even Weirder? 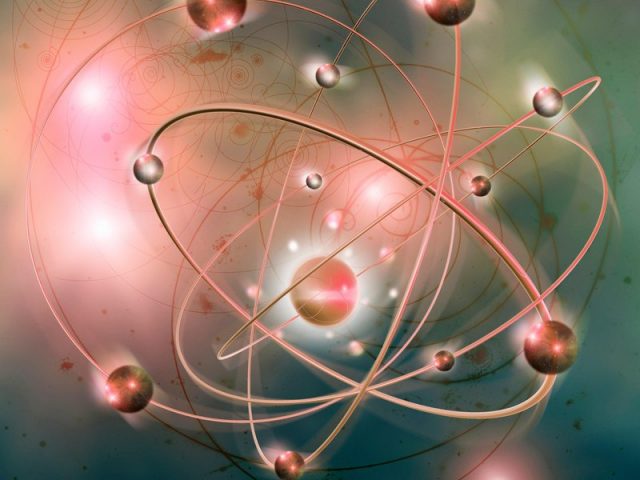 There’s no doubt that quantum mechanics is weird. Over the years, this field’s attempts to describe the universe have given rise to many paradoxes: Schrödinger’s Cat, which can be alive and dead at the same time; entangled particles that can communicate over vast distances and apparently faster than the speed of light; and quantum pigeons that resist being correlated even when they are placed in the same pigeonhole.

As strange as these paradoxes seem — especially compared to the rules of classical physics that govern our world at the macro level — some scientists are starting to ask whether we have gone far enough along the weirdness spectrum. In an interview earlier this year with The Atlantic, Romanian-British physicist Sandu Popescu of Bristol University in the UK talked about the possibility of a hypothetical “super-quantum” world filled with even more mind-boggling antics.

In his discussion of this super-quantum universe, Popescu focuses on one of the major tenets of quantum mechanics: nonlocality. According to this quantum property, which was first proposed in 1935 by Einstein and his colleagues, two quantum particles can become entangled. As a result, if you make an observation on one of them, the other will be instantly affected — no matter how far apart they are. This is what Einstein referred to as “spooky action at a distance.” According to physicist Erwin Schrödinger, entanglement is one of the things that separates quantum mechanics from classical physics.

One way to get around this apparent paradox is by shifting away from a cause-and-effect view of entangled particles — where a measurement made on one particle (cause) affects the state of another particle (effect). Instead, you could imagine the particles as two parts of one nonlocalized entity (separated by some distance). In a sense, this would mean that the properties of a quantum object — in this case, a pair of entangled particles — do not all have to be located in the same place. In a world built on classical physics, this would be like having your dog’s color or speed located somewhere other than on the dog.

In the late 1990s, Popescu and physicist Daniel Rohrlich started looking at whether the current rules of quantum mechanics are the only way to allow nonlocal communication to occur. They found that they’re not. In theory, reality could be even “more nonlocal”. This would allow instantaneous communication across the universe while still respecting relativity.

In a 2014 paper  in Nature Physics, Popescu describes this super-quantum world in terms of communication — or how information is moved around in nature. In particular, he focuses on communication that might occur between two “black boxes.”

Imagine that two scientists — Alice and Bob — each have a black box made in the same factory. Both boxes respond to an input, such as pushing a button, and give off an output, like flashing or not flashing a light. The inputs and outputs can also be represented in binary terms, as 0s or 1s. Popescu sets up success in the experiment this way: if both boxes input a 1, then the outputs must be different; for all other combinations of inputs, the outputs must be the same.

If the scientists were positioned close enough to each other, they could communicate beforehand. This would allow them to decide how each box would respond to the inputs. In this way, they could try to maximize their success. For example, they could arrange that both boxes will output a 0 if the input is 0, and so on. Popescu gives the complete breakdown of the possible combinations in the paper. The main point, though, is that even by prearranging how the boxes function, the best success that the scientists can achieve is 0.75 — or, 3/4 of the input combinations will give a “successful” output.

In this example, the boxes function according to the laws of classical physics — no communication occurs between the boxes, just communication between the scientists. Now suppose you placed entangled quantum particles inside the black boxes and moved the boxes far apart. According to quantum physics, the entangled particles could share information instantaneously across a vast distance.

Even without the scientists deciding how the boxes function beforehand, the information shared between the particles would allow the output of Bob’s box to be affected by what Alice does to her box. This is how entangled quantum particles work —  a measurement made on one affects the state of the other. Because the boxes can now communicate with each other nonlocally, the probability of success — or “efficiency” of communication — would increase. The new maximum limit, though, is only 0.85.

However, there is a way to increase the efficiency of communication even more — by using Popescu-Rohrlich (PR) boxes. With a super-quantum PR box, the instantaneous exchange of information jumps to 100 percent, which means a success rate of 1.0. In this case, what Alice does on her side always affects how Bob’s box responds to him pushing his button.

PR boxes don’t just increase the quantum probability of success, they can also reduce the redundancy of communication. In most communication, more information is shared than is needed for whatever outcome you are going for. Physicists have found that even imperfect PR boxes can eliminate all communication redundancy. PR boxes are so efficient, in fact, they would be much faster than quantum computers. The problem is they don’t actually exist yet.

In spite of all this, we have yet to find evidence of super-quantum nonlocal correlations in the real world. That may be because we don’t have the technology to do so, or else there’s something that limits this kind of super-quantum activity. In the meantime, one big question remains: why isn’t quantum mechanics even weirder?

The Born rule, which connects the math of quantum theory to the outcomes of experiments, has been derived from simpler physical principles.