What Happens to Consciousness Under Anesthesia? 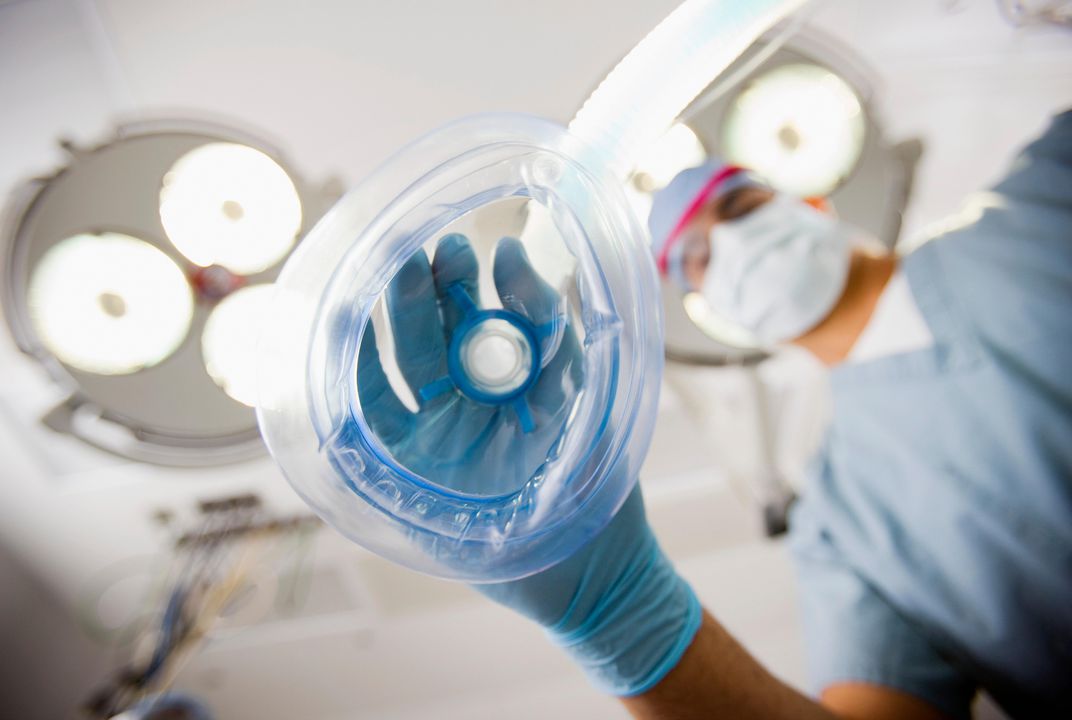 When you are put under general anesthesia, the experience is not like the dimming of a light. It’s more like the flicking of a switch. One second you are in the operating room and then — click — you wake up in another room after your surgery. Everything that happened in between is missing.

For a long time, doctors haven’t known why anesthesia works this way or what happens to your consciousness when you are put under. Anesthesia has always been a black box phenomenon—we know what goes into the box and what comes out, but what happens inside the box is unknown.

It’s not like anesthesia is new, either. It dates back to 1846 when American dentist William Morton first publicly demonstrated the use of anesthesia for surgery—although there’s still debate over whether Morton was really anesthesia’s originator.

Using modern techniques for monitoring the activity of the brain, scientists have recently started to peek inside that black box. One of these researchers is Patrick Purdon, PhD, an assistant professor of anesthesia at Harvard Medical School.

Purdon told RadioLab about one of the experiments that he conducted, looking at people’s brain activity while they are under anesthesia. His team administered the anesthetic propofol to a group of volunteers through an IV, increasing the amount every 15 minutes.

The researchers asked people to press a button every time they heard a sound or word that they recognized. Eventually people stopped responding—they were “out cold.” Again, it was like the flicking of a consciousness switch.

Purdon and his team measured the brain waves of volunteers during this experiment. What they found was that at the moment that people lost consciousness, there was a clear pattern in the brain waves—what Purdon described to Radiolab as “a really low-frequency oscillation, about one cycle per second or less.” There was also a higher-frequency piece—an alpha wave—that appeared at the front of the brain.

Purdon and his team did another experiment in which they measured brain activity in individual neurons while people were under anesthesia. They accomplished this by implanting tiny electrodes deep inside the brain.

As before, the researchers saw a slow wave sweep across the brain right at the moment of loss of consciousness. This wave allowed clusters of neurons to fire only at a particular moment during the slow oscillation. Each cluster was active at different times during the wave. So when one cluster was “talking,” nearby ones were not listening—there was no one to talk to.

We often think that consciousness is a state of order or synchrony, but this research suggests otherwise. Consciousness is actually chaotic and noisy. This results from many parts of the brain being active at the same time, such as those involved in facial recognition, sound, touch and language. These areas also communicate with each other in a complicated, multilayered conversation—what is known as “connectivity.”

When a person is under anesthesia, the brain is less noisy, but it doesn’t shut off completely. If you play a sound to someone while they are under, the auditory cortex still lights up under brain scans. However, while the parts of your brain still talk under anesthesia, they are not talking to each other. This lack of connectivity is what “knocks you out.”

What Purdon and his colleagues discovered—over 150 years after the first surgery was performed under general anesthesia—is that consciousness involves the brain talking and listening to itself. This communication goes away under anesthesia.

When the slow wave passes, Purdon told Radiolab, “the neurons can’t all fire at the same time and talk to one another. And in that state, it would be impossible to be conscious.”

The Physicist’s New Book of Life

Jeremy England says spiritual ideas can inform our scientific quest for the origin of life.

The Integrated Information Theory of Consciousness

A New Theory of Consciousness

By University of Surrey

The ancient Greeks dove into this question. But what do modern scientists think?