Unchopping a Tree: Thoughts the morning after the US pulls out of the Paris agreement 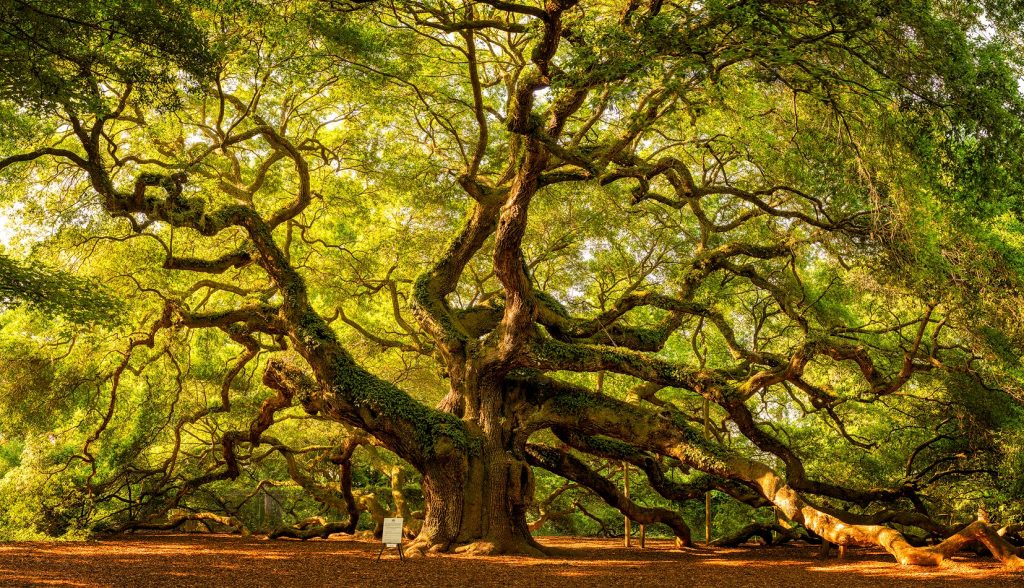 There are two treasures an arm’s reach from my desk. One is a small quilted panel stitched with the words of the patron saint of Wales, St. David. It reads, in Welsh and English, Gwneuch y Pethau Bychain, Do the Little Things.

The other is W.S. Merwin’s slim hardback Unchopping a Tree. It’s a short prose essay, beautifully illustrated with paintings based on the cellular structure of plants. It describes in excruciating detail what it would take to undo the violent act of cutting down a tree.

Merwin was US Poet Laureate from 2010 to 2011. He lives on Maui, where he is best known for his verse novel about Hawaii, Folding Cliffs, and for his twenty-year devotion to the restoration of the land. He has converted a wasteland sucked of its nutrients by decades of sugar and pineapple cultivation into a nature reserve with seven hundred species of palm tree, many rare and endangered, some saved from extinction.

Merwin was one of the leading anti-war poets of the Vietnam era, but he has never been an advocate of political activism. The book is activism of a more subtle kind, for the attention paid to the process he describes, and the neutrality of the expression, its dispassion, lead us effortlessly to thoughts about the violence of the act and the horror of its finality, and ultimately to concern for the fate of forests everywhere, and the loss of the small whenever the arrogance of the big dominates.

The key is to learn to feel again about the things that matter, and then get down to work. These are the opening lines of Unchopping a Tree:

“Start with the leaves, the small twigs, and the nest that have been shaken, ripped, or broken off by the fall; these must be gathered and attached once again to their respective places.”

Trauma as a Pathway to Spiritual Surrender

Trauma and spirituality share a profound connection, according to psychologist Peter Levine.

It's Time to Stop Avoiding Death

The Meaning and Destiny of Western Culture

Nondualism and idealism aren’t purely Eastern insights, but the metaphysical and spiritual root of the West as well