Turning the Microscopic World Into Art 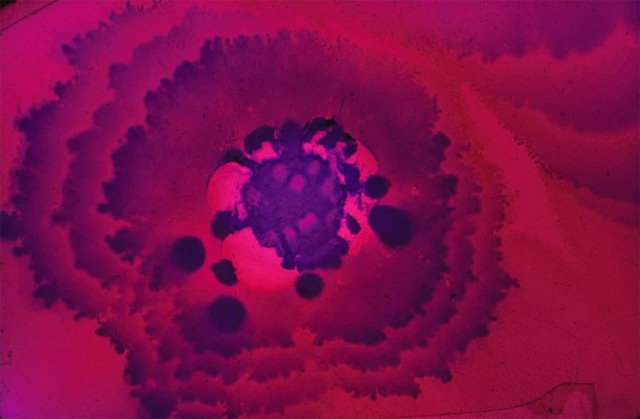 Without a microscope, the microbial world is invisible to us, as it had been for thousands of year before Dutch scientist Antonie van Leeuwenhoek first observed bacteria with his handcrafted microscope.

Even today, with much more powerful microscopes available to us, few people realize the complexity and beauty of the unseen world that pervades every environment on the face of the earth — and beneath — including our own bodies.

Synthetic biologist Tal Danino hopes to change all that. By manipulating microorganisms in his lab to create stunning, varied and colorful patterns in petri dishes, he aims to ignite the public’s interest in the smaller-than-small.

“It’s nice to use the visual arts to help communicate science, and that’s because art really transcends the boundaries of language and also of knowledge,” Danino told TED Talks [http://ideas.ted.com/gallery-the-most-beautiful-bacteria-youll-ever-see/]. 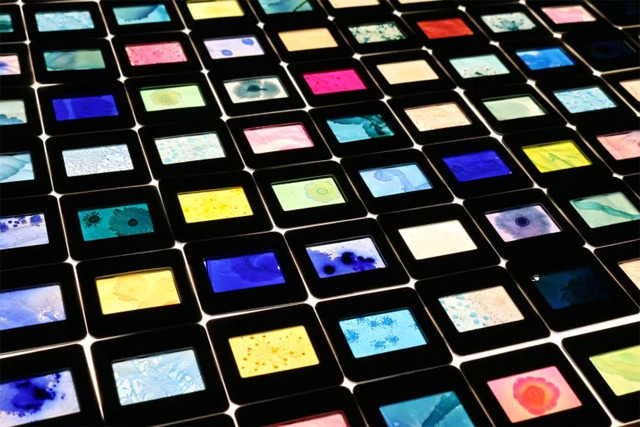 In his day job at the Synthetic Biological Systems Lab [Synthetic Biological Systems Lab] at Columbia University, Danino tries to coax bacteria into using their unique properties to fight cancer. His lab has been working with Escherichia coli, an E. coli probiotic, and Salmonella. The idea is for these bacteria to carry cancer-fighting toxins into tumor cells throughout the body — what Danino calls a “Trojan-horse type situation.” Genetically-modified bacteria will also be able to produce their own toxins, like roving chemical factories.

Clinical applications of this work are still some way off, but his microscopic artwork can be seen in his latest project, Microuniverse [http://www.taldanino.com/microuniverse], a series of stunning, abstract images created using different species of bacteria grown under varying conditions and for different lengths of time. Previously, Danino has collaborated with conceptual artist Anicka Yi on a feminist installation, You can call me F [http://www.taldanino.com/thekitchen], that included bacterial cultures taken from 100 women.

Danino’s artistic work relies heavily upon the unique traits of the bacteria that he grows in dozens of petri dishes in his lab. Each bacteria creates patterns that are determined by both their genetic makeup and the environment. For example, E. coli creates fractal patterns, while Proteus mirabilis grows in concentric rings. Altering the temperature, humidity, growth medium and other environmental conditions can change how colonies formed by bacteria look.

Using dyes, sometimes more than one at a time, Danino is also able to create a wide range of colorful patterns. He uses both traditional scientific dyes — ones that microbiologists apply to bacteria in order to tell one from another — and food coloring.

The end result of these manipulations is a series of images that look unique and amazing, like something you might see in a snowflake or underwater. Danino told TED that understanding better how these distinct patterns and behaviors created by bacteria arise might also help his lab genetically engineer them to fight cancer.