Toward a Post-Materialistic Science 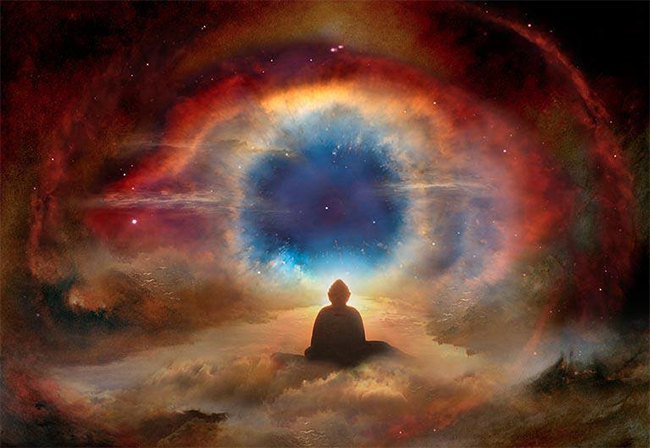 The latest issue of Explore —the Journal of Science and Healing—contains a bombshell of an essay. It’s titled “Manifesto for a Post-Materialist Science,” and it could be to science what Luther’s 95 Theses were to religion.

All eight co-authors are eminent; all but two hold PhDs. Their fields include biology, neuroscience, psychology, medicine, and psychiatry. One of the two MDs is Larry Dossey, a pioneer of mind-body medicine and a regular contributor to Huffington Post.

The lead authors, Mario Beauregard, Gary Schwartz, and Lisa Miller, are academicians at top-notch universities. Beauregard and Schwartz are both at the University of Arizona; Miller is at Columbia.

I’m familiar with two other co-authors: Marilyn Schlitz, the former president and CEO of the Institute of Noetic Sciences (IONS), and Rupert Sheldrake, a Cambridge University trained biochemist and prolific author.

Sheldrake stirred up a hornets’ nest in 2013 by his TED talk on consciousness, which contravened scientific orthodoxy by suggesting that mind (as opposed to brain) is nonlocal. TED subsequently pulled the talk from YouTube, generating a firestorm of controversy. I weighed in with a HuffPost blog titled “Science vs. Pseudoscience” that generated its own stir.

The authors of the manifesto are all scientific mavericks whose viewpoints are not mainstream. It’s worth noting, however, that neither were Copernicus, Galileo, Kepler, or Einstein mainstream. All challenged the scientific status quo, and all were eventually vindicated by the canonization of their once-radical views.

The manifesto is but two pages in length, well-reasoned, persuasive, and worth reading in its entirety. But here’s the gist, with a little history interspersed.

Major advances in science—revolutions, even—follow the collapse of outworn paradigms, whose overthrow is forced by the accumulation of empirical evidence that violates the paradigm. Scientists refer tongue-in-cheek to such misbehaving evidence as the “damned facts.”

The mother of all scientific revolutions was the Copernican Revolution. In the 14 centuries that Ptolemy’s geocentric model of the cosmos remained in vogue, a number of “damned facts” accumulated, among them the apparent retrograde motion of Mars, for which the model had no easy explanation. These inconsistencies prompted Copernicus (1473-1543) to “fix” the Ptolemaic model. He failed and concluded it was fundamentally flawed. With a radical—heliocentric—change of perspective, the inconsistencies vanished, and the “solar system” was born.

As a young man, Johannes Kepler (1571-1630) became the protégé of Tycho Brahe, the pre-eminent astronomer of his day. Try as he might, Kepler could not match Tycho’s precise astronomical data with the Aristotelian dogma that the planets traverse perfect circles. After numerous dead ends, Kepler stumbled upon elliptical orbits, which fit the data to a “T.” Kepler’s laws paved the way for the celestial mechanics of Newton, and ultimately for the moon landing of 1969.

While pondering the “damned facts” of the photoelectric effect, Einstein abandoned the accepted wave theory of light and returned to the discredited particle theory, lending credence to Max Planck’s quantum mechanics (QM). Einstein, a strict determinist, chafed against QM’s probabilistic implications and lamented that he had contributed to QM’s overthrow of classical mechanics.

Science is at its best when open to the potential significance of “damned facts.” It’s at its worst when, constrained by dogma, it ignores them. History records that some of Galileo’s contemporaries, having peered through the telescope to observe the moons of Jupiter, denied the witness of their own eyes, believing these moons “illusions of the devil.” Such is the power of dogma.

Classical physics, which is based upon a mechanistic and materialistic view of nature, has been wildly successful. It’s brought us the Enlightenment, the Industrial Revolution, mechanization, automobiles, air travel, and space exploration.

Quantum mechanics, however, supersedes Newtonian mechanics and undermines the classical assumption of materialism. Nevertheless, many, if not most scientists, remain as firmly locked into the ideology of “scientific materialism” as Galileo’s contemporaries remained in the thrall of Aristotle and Ptolemy.

The newest frontier of science is the study of consciousness, for which a materialistic bias is particularly prejudicial. That is, investigations of consciousness reveal phenomena that appear to violate the existing materialistic paradigm. Materialistically oriented scientists typically reject these so-called “paranormal” phenomena out-of-hand because they fly in the face of cherished preconceptions. The refusal to accept the “damned facts” at face value and confront them head-on is, according to the authors, “antithetical to the true spirit of scientific inquiry.”

The authors then propose a radical, post-materialistic paradigm: “Mind represents an aspect of reality as primordial as the physical world. Mind is fundamental in the universe; i.e., it cannot be derived from matter and reduced to anything more basic.”

In the final essay (April 4, 2013) of a nine-part Huffington Post series on “Science’s Sacred Cows,” I arrived at essentially the same conclusion: “Consciousness is not the magical by-product of a mechanical cosmos. It is an inherent attribute of the stuff of the universe.”

The idea is neither original nor new. One can find intimations of this point of view in the philosophy of Immanuel Kant and Friedrich Hegel, and articulation of it in the writings of paleontologist-priest Teilhard de Chardin (1881-1955) and “geologian”Thomas Berry (1914-2009). What’s new, however, is the naming of the science of the future as “post-materialistic” and that the idea is gaining traction.

The proposed post-materialistic paradigm heals the Cartesian partition separating mind and matter, reunites philosophy and natural philosophy, and begins to resolve the age-old clash between science and religion. Much of the tragedy of the human condition lies in the competition for human allegiance of two rigid metaphysics: transcendental monism (spirit/psyche first) and materialistic monism (matter first), the former the metaphysic of religion and the latter that of science. “Do we really need to make this tragic choice?” pleads Ilya Prigogine, Nobel laureate in chemistry.

The post-materialistic paradigm grants equal primacy to mind and matter. In the words of Teilhard de Chardin: “There is neither spirit nor matter in the world. The stuff of the universe is spirit-matter. No other substance but this could have produced the human molecule.”

I fully concur. In Reason and Wonder (Praeger 2012) I argue that human self-perception has evolved through the successive shocks of three major scientific upheavals. The first, due to Copernicus, reset our physical place in the universe. The second, due to Darwin, revised our biological place. And the third, now in progress, will ultimately redefine our psychic/spiritual place in the cosmos.

The appearance of “Manifesto for a Post-Materialistic Science” suggests that Revolution III is well underway.

The author is grateful to Dr. Henry Reed for calling his attention to this important document.

This article was originally written for the Huffington Post.