Time Slices: What is the Duration of a Percept? 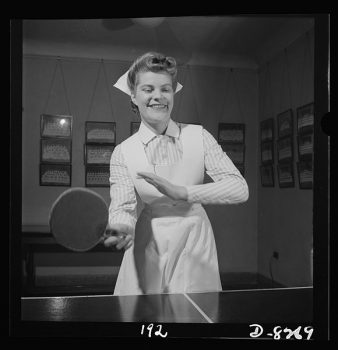 When we play a game of ping-pong (especially with two balls at once), we move with astounding speed and precision without any conscious thought, reflection of decision. Our hands and our body (our fundamental reflexes) have an ingenuity that far surpasses the calculations of any conscious mind. This mystery of life is now given substance with a scientific study of the time lag it takes for information to become ‘conscious’, with implications for consciousness studies (or definitions of the word “consciousness”) in general. The bottom(less) line is – there is an unconscious or preconscious depth at subliminal layers of mind that is far more precise, fast and responsive than processes inherent to the ‘conscious’ brain.

What is consciousness? It’s an age old question:  is it a continuous universal source, or a series of bits of information from outer stimuli compiled to create reality like the stream of a movie?

Now, EPFL scientists have suggested a model of how the brain processes ‘unconscious’ information, proposing that consciousness arises only in intervals up to 400 milliseconds, with no consciousness in between. The work is published in PLOS Biology.

We experience the world as a seamless stream of percepts. However, intriguing illusions and recent experiments suggest that the world is not continuously translated into conscious perception. Instead, perception seems to operate in a discrete manner, just like movies appear continuous although they consist of discrete images. To explain how the temporal resolution of human vision can be fast compared to sluggish conscious perception, we propose a novel conceptual framework in which features of objects, such as their color, are quasi-continuously and unconsciously analyzed with high temporal resolution. Like other features, temporal features, such as duration, are coded as quantitative labels. When unconscious processing is “completed,” all features are simultaneously rendered conscious at discrete moments in time, sometimes even hundreds of milliseconds after stimuli were presented.

While traditional science automatically takes the length of duration of a precept as an indicator of the generation of a portion of consciousness, from the bottom-up, a nondual view would be more likely to see the precept as a measure of the brain’s capacity to open as a channel of consciousness between inner and outer worlds. Still, the rhythm of the precept (its slowness of rapidity) would seem to correlate with the quickening of conscious perception experienced by many during processes of awakening.

You might also enjoy: On the Length of Nowness