Time Might Only Exist in Your Head, Say Physicists 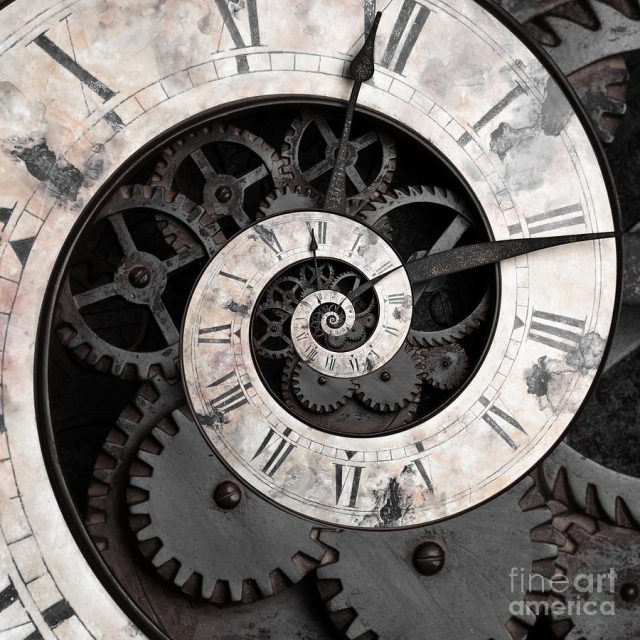 Out of all the pressures we face in our everyday lives, there’s no denying that the nature of time has the most profound effect. As our days, weeks, months, and years go by, time moves from past to present to future, and never the other way around.

But according to the physics that govern our Universe, the same things will occur regardless of what direction time is travelling in. And now physicists suggest that gravity isn’t strong enough to force every object in the Universe into a forward-moving direction anyway.

So does time as we know it actually exist, or is it all in our heads? First off, let’s run through a little refresher about the so-called arrow of time.

Thanks to the forward-facing arrow of time, young becomes old, and the past becomes the present, which was once the future. You can’t unscramble your eggs, and you can’t Control Z a broken leg.

But if we forget our own perspective for a second, zoom right out, and look at the Universe as a whole, as far as we can tell, the only thing that governs the behaviour of the Universe are the laws of physics.

And the problem is that all but one of these laws are considered to be completely time-reversible - meaning that the same effects will occur, regardless of whether time is running forwards or backwards.

“Whether through Newton’s gravitation, Maxwell’s electrodynamics, Einstein’s special and general relativity, or quantum mechanics, all the equations that best describe our Universe work perfectly if time flows forward or backward,” Lee Billings writes for Scientific American.

One example of this ‘time-reversible’ quality in the Universe is the path of a planet orbiting a star, according to the force of gravity.

“Whether time runs forwards or backwards, planetary orbits follow the exact same paths. The only difference is the direction of the orbit,” Brendan Cole explained for us earlier in the year.

So time is subjective? That might be what Einstein’s special theory of relativity says, but there’s a little something called second law of thermodynamics.

“Physicists have, for this reason, reluctantly settled on the second law as the source of time’s arrow: disorder always has to increase after something happens, which requires that time can only move in one direction,” Cole explains.

If it’s all starting to sound a bit messy to you, that’s because it is.

Many physicists now suspect that when gravity forces enough tiny particles to interact with each other, the forward-facing arrow of time emerges, and entropy can increase. The rules then change to favour a more directionless Universe only once these tiny particles start interacting with much larger things.

But for that to work, entropy must have increased, which means the Universe had to have started off more ordered than it is now - something that some physicists have tried to explain by suggesting there are parallel universes where time runs forwards, backwards, sideways, you name it.

In an effort to get to the bottom of one of the biggest conundrums in modern science, a pair of physicists decided to test the assumption that gravity is the force behind all this craziness.

As Nick Stockton explains for Wired, the most prominent hypothesis explaining decoherence is the Wheeler-DeWitt equation, which predicts when the seams between quantum and classical mechanics are erased thanks to gravity.

But when physicists Dmitry Podolsky, from Harvard University, and Robert Lanza, head of Astellas Global Regenerative Medicine, ran measurements of gravity through the Wheeler-DeWitt equation, they found that once you do the maths, the equation doesn’t explain how time’s forward-moving direction actually emerges.

In fact, according to their results, gravity’s effects kick in far too slowly to account for a universal arrow of time.

As Stockton points out, if gravity is too weak to be the thing that’s holding an interaction between molecules together as they ‘decohere’ into something larger, it can’t possibly be strong enough to force them into the same direction, time-wise.

“Our paper shows that time doesn’t just exist ‘out there’ ticking away from past to future, but rather is an emergent property that depends on the observer’s ability to preserve information about experienced events,” Lanza writes forDiscover.

This suggests that time’s arrow is subjective, and determined by the observer, which means us.

“In his papers on relativity, Einstein showed that time was relative to the observer,” Lanza told Wired. “Our paper takes this one step further, arguing that the observer actually creates it.”

The idea is of course controversial, because as Yasunori Nomura, a physicist at UC Berkeley who was not involved in the study, points out, the pair have failed to take the fabric of spacetime into consideration, and have to introduced a quality into the equation - ‘observer time’ - that no one’s even sure is real.

“The answer depends on whether the concept of time can be defined mathematically without including observers in the system,” says Nomura.

If we want to explain the strangeness of time in the Universe, we’re not there yet, but as Lanza and Podolsky suggest, maybe we’re missing something. And as researchers suggested earlier this year, could that something be dark energy?

The paper has been accepted for publication in an upcoming edition of Annalen der physik, but you can read it now at pre-print website, arXiv.org.

This article was first published in Science Alert