The Wonder of Unknowing

Beyond science and non-dualism 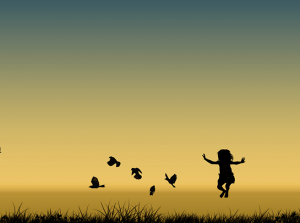 We usually describe the world in terms of trees, mountains, rivers, clouds, cars, houses, people, and so on.

But a chemist could say: “No, this is not how things truly are! The world is basically composed of molecules which are ceaselessly combining one with another at random”.

However a physicist would reply: “Not at all! Reality is actually made up of intermingling fields of energy/matter where the dance of waves/particles takes place ceaselessly”.

Who is right? Who is wrong?

All of them are clearly mere conceptual descriptions that can just supply a relative view of reality.

We do not actually live in ‘reality’, but rather in a description of it, that is like a ‘bubble’ of concepts and words all around us, which in time builds up a fictitious view of ourselves and the world.

Even non-dualism (as any other -ism without exception) is just a conceptual description of reality, that hopelessly tries to point to the unknowable ‘Whatever it is’: in so far as it becomes an ideology that relies on words and thoughts, it is unable to enjoy the taste of Being.

So we live in concepts without realizing it.

We blindly believe that reality is just as our thought represents it.

Science gives us an ‘objective’ description of the material world that, to some extent, can be very useful for the improvement of humankind, however relative and incomplete it is.

Non-duality - as far as it still relies on words and thoughts - is just another conceptual description of reality, though its understanding of non-separation can dispel a huge amount of suffering in one’s life.

Neither of them is more or less right, and both are useful.

But as long as we rely merely on them, we remain trapped in the net of concepts.

However, even ‘awareness’ is just a concept: through it, we are ultimately confronted with the unknown ‘bottom line’ of any human knowledge.

No understanding whatsoever can touch the unknowable Source of everything.

What if any idea about who I am, including even the idea of ‘consciousness’, totally collapses?

What if any idea about reality, including even the idea of ‘non duality’, totally collapses?

What if even these very words you are reading now lose any meaning whatsoever and fall away?

What remains when every attempt to understand or to know reality reveals its utter futility?

Then, out of frustration, the thinking mind cannot help saying “I don’t know” and finally quits.

But when that “I don’t know” plunges off the head into the heart, the philosopher dies and the mystic is born.

It is not a process in time. It is a singularity where all the known collapses and disappears.

It is a timeless explosion of pure wonder and awe that blows away everything else.

And what remains is a wild, free, spontaneous, and utterly unknowable aliveness, within the glowing darkness of the Mystery that we ultimately are.