The Secrets of Ramanujan’s Garden

“I beg to introduce myself to you as a clerk in the Accounts Department of the Port Trust Office at Madras on a salary of only £20 per annum. I am now about 23 years of age… After leaving school I have been employing the spare time at my disposal to work at Mathematics.”
— Srinivasa Ramanujan 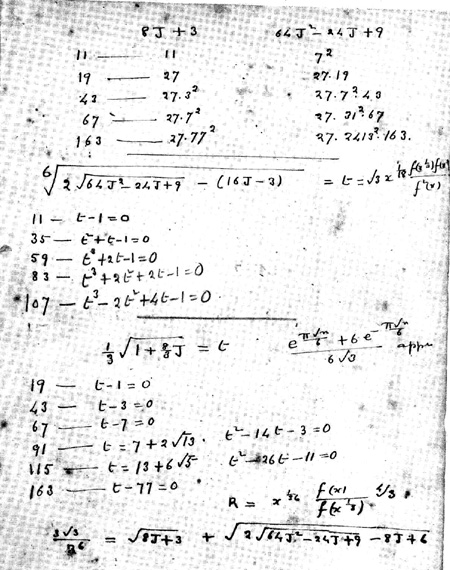 What is the source of scientific inspiration? Are we the mental recipients of a reality out there, which is communicated to us through the unfolding of consciousness, whether in the form of deep intuition or divine inspiration? Does discovery arise out of knowledge, or does the unknown define the nature of discovery? Is the brain a receiver, or a channel of truths arising out of a dimension beyond the physical? How does the individual brain interpret and represent new information from beyond the frontiers of the known?

On 16 January 1913, Srinivasa Ramanujan, an unknown Indian petty clerk from Madras, sent nine pages of mathematics to the esteemed mathematician of Trinity College, Cambridge, Prof. G.H. Hardy. Previous attempts to share his work with British academics had failed. M. J. M. Hill of University College London had seen some talent, but commented that Ramanujan’s papers were riddled with holes. H. F. Baker and E. W. Hobson, returned Ramanujan’s papers without comment. Even the esteemed mathematician G.H. Hardy of Cambridge first suspected that these nine pages of notation could be a fraud.

Yet, perusing the document, Hardy became intrigued. He recognised some of the Indian’s formulae, but others “seemed scarcely possible to believe”. Some of the formulas were already known, but after seeing Ramanujan’s theorems on continued fractions on the last page of the manuscripts, Hardy commented that he “had never seen anything in the least like them before”. He conjectured that Ramanujan’s theorems “must be true, because, if they were not true, no one would have the imagination to invent them”.What ensued was the discovery of one of the greatest mathematicians, and some of the highest impact pure mathematics of the last century. The collaboration that followed between Hardy, Littlewood and Ramanujan would continue until Ramanujan’s premature death at age 32. 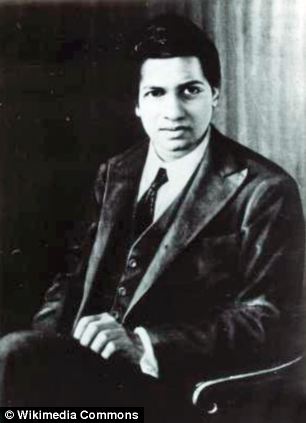 While the beauty of the story has long impacted all students of mathematics, the nature of Ramanujan’s mathematical genius, and how he himself perceived it, tends to be less explored. Hardy called it some kind of deep ‘intuition’, but Ramanujan openly stated that he received the mathematical inspiration and sometimes whole formulas, through contacting the Hindu Goddess Namagiri while dreaming. Ramanujan was an observant Hindu, adept at dream interpretation and astrology. Growing up, he learned to worship Namagiri, the Hindu Goddess of creativity. He often understood mathematics and spirituality as one. He felt, for example, that zero represented Absolute Reality, and that infinity represented the many manifestations of that Reality.
“An equation for me has no meaning unless it expresses a thought of God.”

Ramanujan grew up as a traditional Brahmin with his forehead shaved and wearing a topknot. He quoted the Vedas, interpreted dreams and was regarded by his friends to be a mystic. Throughout his life, Ramanujan worshiped at the Sarangapani Vishnu temple in Kumbakonam. On the day that he received the letter of invitation to Cambridge from Hardy, his compliance was not immediate. Leaving India would mean the loss of his Brahmin status. He would first have to seek the blessing of the Goddess Namagiri. Meeting non-compliance, the professors in Cambridge were perturbed and frustrated.

Three months later, the Goddess appeared. Some stories say it was in the dream of Ramanujan’s mother. Others say that Ramanujan himself had the dream. But either way, the young Indian agreed to set sail to England, with suitcase full of notebooks of mathematical formulas he had been compiling since age 14, through years of expulsion from college, marriage to his 9-year old bride, poverty, illness and his work as a clerk

Arriving in 1914 on the eve of World War I, Ramanujan experienced severe culture shock in England. As a vegetarian, he had to cook for himself and he insisted on going bare foot when he could.  Hardy and Littlewood both acted as his mentors, but increasingly they became his translators: from the world of mystical India to the world of proofs, presentation and academic diplomacy. For them, Ramanujan was in himself a lifetime mathematical discovery.

Ramanujan claimed to dream of blood drops, after which, he would receive visions of scrolls of complex mathematical content unfolding before his eyes.  “While asleep, I had an unusual experience. There was a red screen formed by flowing blood, as it were. I was observing it. Suddenly a hand began to write on the screen. I became all attention. That hand wrote a number of elliptic integrals. They stuck to my mind. As soon as I woke up, I committed them to writing.” 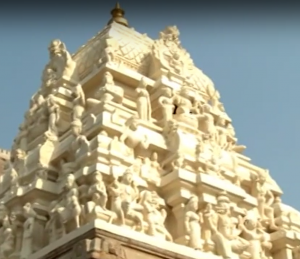 Ramanujan was the first Indian professor to become a Fellow at Cambridge University. Hardy said: “He combined a power of generalization, a feeling for form, and a capacity for rapid modification of his hypotheses, that were often really startling, and made him, in his own peculiar field, without a rival in his day. The limitations of his knowledge were as startling as its profundity. Here was a man who could work out modular equations and theorems… to orders unheard of, whose mastery of continued fractions was… beyond that of any mathematician in the world, who had found for himself the functional equation of the zeta function and the dominant terms of many of the most famous problems in the analytic theory of numbers; and yet he had never heard of a doubly periodic function or of Cauchy’s theorem, and had indeed but the vaguest idea of what a function of a complex variable was…”

As for his place in the world of Mathematics, Paul Erdős of Israel’s Technion passed on Hardy’s personal ratings of mathematicians. Suppose that we rate mathematicians on the basis of pure talent on a scale from 0 to 100, Hardy gave himself a score of 25, J.E. Littlewood 30, David Hilbert 80 and Ramanujan 100.

When he returned to India, Ramanujan was again gravely ill. From his death bed, he continued to write notes from revelations in dreams,  which he believed were gifts from the Hindu goddess. In a last letter to Hardy, Ramanujan shared his latest insights. The letter described several new functions that behaved differently from known theta functions, or modular forms, and yet closely mimicked them. Ramanujan conjectured that his ‘mock’ modular forms corresponded to the ordinary modular forms earlier identified by Carl Jacobi, and that both would wind up with similar outputs for roots of 1.

No one at the time understood what Ramanujan was talking about. “It wasn’t until 2002, through the work of Sander Zwegers, that we had a description of the functions that Ramanujan was writing about in 1920,” said Emory mathematician Ken Ono.

Building on that description, Ono and his colleagues went a step further. They drew on modern mathematical tools that had not been developed before Ramanujan’s death to prove that a mock modular form could be computed just as Ramanujan predicted. They found that while the outputs of a mock modular form shoot off into enormous numbers, the corresponding ordinary modular form expands at close to the same rate. So when you add up the two outputs or, in some cases, subtract them from one another, the result is a relatively small number, such as four, in the simplest case. 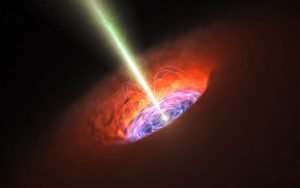 “We proved that Ramanujan was right,” Ono says. “We found the formula explaining one of the visions that he believed came from his goddess… No one was talking about black holes back in the 1920s when Ramanujan first came up with mock modular forms, and yet, his work may unlock secrets about them.”

“It’s fascinating to me to explore his writings and imagine how his brain may have worked. It’s like being a mathematical anthropologist,” said Ono.

Can Ramanujan’s mathematical magic be reduced, as world academia has claimed, to a ‘deep intuition’? What is intuition anyway? Could it be that the brain is an organ of consciousness and that when it’s trained to surrender, or to open in scientific “prayer”, it’s able to reflect intelligence from sources way beyond itself? Where do scientists go when they look for a flash of inspiration? To the past? To the known? Or to the great unknown, over the edges of the borders of their own conceptual frameworks?

Today, the legendary story of Ramanujan is being told through the big screen in the new film: The Man Who Knew Infinity. Facebook founder Mark Zuckerberg recently named Ramanujan as one of his favourite scientists. He points out that all that genius - an intelligence that transformed mathematics and physics - could have been lost, had Hardy not responded in those early pre-war years. What would have happened if Ramanujan had access to the internet? He asks. How many more Ramanujans are out there?