The Nature of Consciousness: Resonance Between Ancient Philosophies And Current Science ~ Marjorie Woollacott 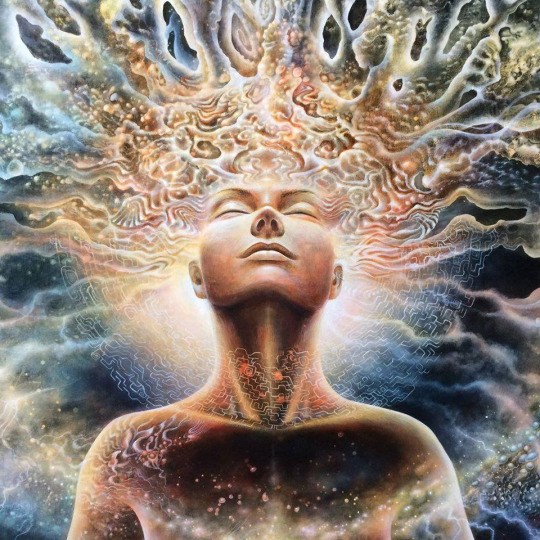 Authors of the many ancient philosophical texts of India have also explored the nature of consciousness through careful observation of their own experience. One tradition that I have studied is that of Kashmir Shaivism, a philosophy that flourished in the north of India in about 900-1000 CE. One of the early texts of Kashmir Shaivism is titled the Shiva Sutras, and is credited to the sage Vasugupta. As I have studied this text, I have been surprised to see how, in its very short aphorisms or sutras, it unfolds for the reader key principles to understanding the nature of consciousness. These principles resonate with emerging scientific theories about the nature of consciousness and my own research in the areas of meditation and near-death experiences.

Shiva Sutra 1.1 states: chaitanyam atma. In translating this Sutra from the original Sanskrit, we find that the word chaitanyam means consciousness, and atma describes who we are, each one of us, at the deepest and purest level. Atma is our own highest self, and the nature of all of reality. So, the sutra states that consciousness is what we are; we are consciousness. In addition, it is the substance of the universe.

One of the first extensive studies on NDEs was done by Pim van Lommel and his colleagues, MDs in Cardiology in a network of Netherlands Hospitals, and published in the Lancet, ranked #2 among all medical journals. The researchers designed a prospective study (the gold standard of this type of study) in which they examined all the cardiac arrest survivors (344 patients) in the hospital network over a specific period. They found that 12% reported a core near-death experience. And of those patients about 24% said they had been able to watch and recall events happening around them during their cardiac arrest, events which were verified. A second prospective study in 2003 by Bruce Greyson, MD, professor of psychiatry and neurobehavioral sciences at the University of Virginia, included 1,595 patients with cardiac arrest, with 10% reporting NDEs. Greyson summarizes the characteristics of NDEs during cardiac arrest with this observation:

The paradoxical occurrence of heightened, lucid awareness and logical thought processes during a period of impaired cerebral perfusion raises particularly perplexing questions for our current understanding of consciousness and its relation to brain function. As prior researchers have concluded, a clear sensorium and complex perceptual processes during a period of apparent clinical death challenge the concept that consciousness is localized exclusively in the brain.

In the book Irreducible Mind, University of Virginia researchers Edward Kelly and his colleagues summarize the evidence from many peer-reviewed studies on NDEs. They conclude that there is evidence of conscious awareness when the brain is not functional in NDEs, adding this statement:

NDEs seem instead to provide direct evidence for a type of mental functioning that varies “inversely, rather than directly, with the observable activity of the nervous system.” Such evidence, we believe, fundamentally conflicts with the conventional doctrine that brain processes produce consciousness, and supports the alternative view that brain activity normally serves as a kind of filter, which somehow constrains the material that emerges into waking consciousness.

This research suggests that an active mind actually inhibits levels of expanded consciousness. I believe this is what ancient texts such as the Shiva Sutras have been saying for thousands of years. As discussed, Shiva Sutra 1.1 states, chaitanyam atma, the essence of who we are is consciousness. This sutra, like the experiences reported in NDEs, suggests that consciousness is primary, not secondary to, or dependent on, activity within the functioning brain.

One of the characteristics of NDEs that supports this view of consciousness is the experience of persons seeing their body from a point outside itself in space. Kelly and his colleagues note that 48% of the persons who they have studied reported having this experience, including seeing and hearing events that happened nearby, such as the medical team’s attempts to revive them. These observations were later verified.

A second characteristic of NDEs supporting this view of consciousness is the experience of unity awareness, timelessness and spacelessness, and a direct experience of divine love, which often occurs during the out-of-body experiences of the NDE.

Kelly and his colleagues propose a nonmedical or “transcendent” model to explain the NDE, in which there are aspects of reality not normally accessible to our senses. Our normal consciousness is considered to be a part of a transcendent and expanded conscious awareness. In an NDE persons access these more subtle levels, in which consciousness functions independently from the nervous system. Kelly also notes that these characteristics of NDEs are seen in mystical experiences related to most meditation traditions, including out-of-body experiences, enhanced mental functioning, and heightened perception.

These scientific studies on NDEs give strong evidence that the essence of the human being is consciousness, chaitanyam atma. Though our conscious awareness may appear limited or contracted in our normal waking state, it has the potential to transcend these limitations, allowing us the experience of infinite consciousness, infinite awareness. According to the Shiva Sutras, infinite awareness is our essential self. It is a fundamental characteristic of the universe.

This article first appeared on The Huffington Post, Science Section, Used with Permission, 2016.