The Bottomless Pit Behind the Word Consciousness - Part 2, Mauro Bergonzi 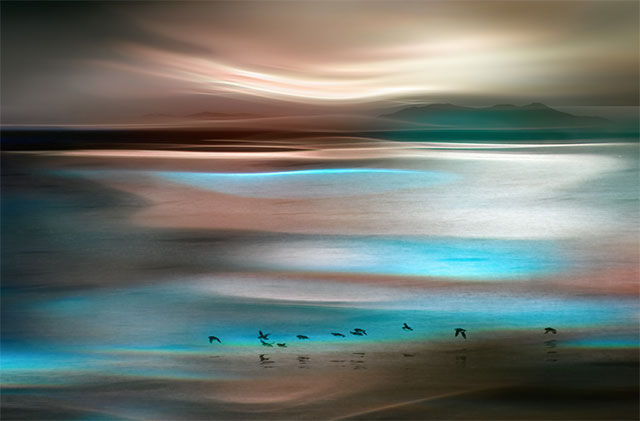 Mauro Bergonzi: They are not separate. In fact, in those fifteen days between the rose and the garbage, you can’t find a borderline, a precise borderline where the rose ends and the garbage begins. And you can’t find this line because it’s all in our mind, because our names have these frames. But there is more, there is more than this. Till now we have spoken about concrete terms like apple, and every concrete term has a generic opposite. The opposite of an apple is not apple, or what is not apple. It’s very generic.

If we see and analyze abstract terms, the ones we use mostly to describe the true structure of reality, we find that each of them has a specific opposite. Right, wrong. Good, evil. Freedom, slavery. Low, high. Long, short, and so on. Each one of them has a specific opposite and all of them are arranged in pairs of mutually exclusive opposites. I am speaking on the logical plane; on the logical plane the pair of opposites is mutually exclusive because, of course, logically if something is long it is not short. Something right is not wrong. And so on.

Now, this is not what I call duality; it’s just a dualistic way of functioning. We find many things that function like that, even the neurons of our brain. They basically decide to let an electrochemical impulse pass or just stop it, like a switch. On, off. Many things work in this way. Either, or. Black and white. We are speaking of the play of black and white.

That is a natural thing and it is very useful using black and white opposites because we, as biological organisms, have to take quick decisions in order to survive or to adapt ourselves to the challenges of life. We are constantly full of sense data that overwhelm us and we have to decide quickly which ones are useful, and what to do quickly. So using abstract terms, in black and white, with these pairs of opposites, is a huge simplification of this situation. Everything becomes either black or white so we can quickly choose white and discard black. So it’s very useful - but reality is not like that of course.

If you have a piece of paper and you draw a vertical line, you create right and left - and what is more opposite? Something is either right or left. But if I ask you, Please, I want only the right, don’t give me the left - how could you? When you draw that line, both opposites appear, because the line is just one, and it’s the line of our mind.

So language is indeed too limited to describe whatever it is. If I say one, it excludes multiplicity. If I say being, it excludes becoming. Yet, how is the universe? The universe is being and becoming. If I say universal, it excludes the particular, but reality does not exclude anything at all. It is the constant background that manifests as the variety of everything.

So I can only say neither one nor many, neither being nor becoming - what they call the apophatic way of using language. And among these pairs of opposites, mutually exclusive opposites, one very important for our description of reality is of course subject and object, observer and observed, consciousness and external world. Again, it is very interesting what happens, because the mind projects these polarities as mutually exclusive opposites.

Let’s check our direct experience and see what happens. For example, now you are listening to my voice. You can describe it as sound, meaning something coming to you from outside, or you can describe it as hearing, meaning something inside you that is receiving the sound. And this is a couple of opposites, of course - an object sound, an external object, and inside a subject receiving it.

So we easily tend to think that they are two halves of a process, the external half, the sound, that meets the internal half, consciousness. Is it so? Please check your experience and see if you can find the precise edge, the precise borderline where the sounds out there end and your hearing in here begins. You can’t find it, and you can’t find it because it is of course in our mind, that line.

Because when there is the actual experience, there is no sound, nor hearing, there is just one experience. This . . . , can you divide it? Only later on, when our thought tries to describe what happened and says, I heard a sound - the duality between subject and object begins. I, the subject, consciousness, and the sound, the object. But this is a rule of grammar, a rule of language. It is not a rule of nature, of reality, because in reality there is only ... this.

Since no explanation nor cause could appear without consciousness already being there as a precognition of that. It is an irreducible reality prior to any perception, any explanation. You know, often you find that in neuroscience - I can’t speak a lot to this because there is not enough time - in neuroscience they often think that consciousness is an effect of an organic material cause - that is, the brain. The brain is the primary thing; from the brain comes, appears, consciousness.

Shankara says the fire cannot burn itself. The knower cannot know himself as an object, of course.

Nevertheless, whenever you ask, Do I exist? Am I aware? the answer is Yes, evidently. And did you need to ponder the answer, or was the evidence of being there before any thought? The sense of being which the mind translates in the sentence, I am, is the precondition for everything else to appear, because if, first of all, I am not here, then no perception or sensation or thought can appear.

So being awareness is prior to the appearance of anything else. And the sense of being is a too simple and immediate evidence for thought to grasp. It is a known conceptual awareness. Every time you ask, Do I exist? Am I conscious? in the gap between the question and the answer, Yes – those are two thoughts - in that gap there is an evidence that is not made of thought. However, we can check that even the sense of being comes and goes, for example when we are in deep sleep without dreams. We don’t know that we are, though we obviously continue to be as well.