The Biology of Anitya 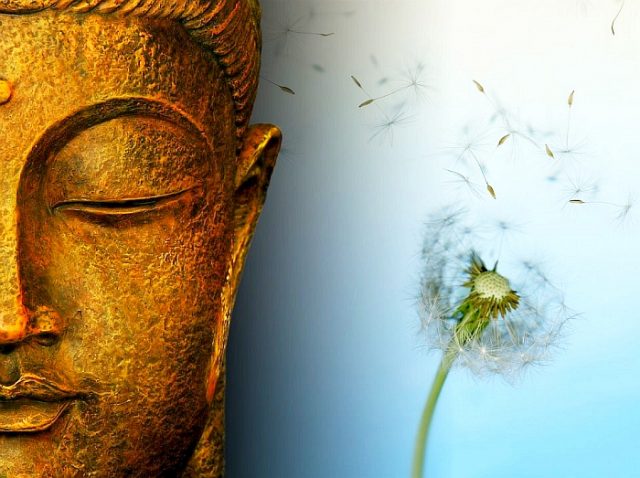 All things, especially living ones, are marinating in the river of time. We see and understand that our bodies will wear out and we will die. At least that’s how it looks through the lens of Western science, where all things come to an end, winding down in a final surrender to entropy. But there’s another perspective, surprisingly in harmony with science, that helps us revisit that huge and ancient terror—fear of time itself—in a new and perhaps even reassuring way. And that is the perspective offered by Buddhism.

For Buddhists, the “center cannot hold,” as the poet W.B. Yeats pointed out, because it doesn’t exist as something rigidly separate from everything else. Nothing is permanent and unchanging, ourselves included. Attempting to cling to a solid, immutable core of a self is a fool’s errand because time not only creates anarchy, it provides the unavoidable matrix within which everything—animate and inanimate, sentient and insensate—ebbs and flows.

As Buddhists see it, all organisms are necessarily, unavoidably—even marvelously and gloriously—impermanent. In Sanskrit, the word for impermanence is anitya. To understand anitya is to achieve something remarkable: opening a door onto the accord between modern western science and ancient eastern wisdom.

Even inanimate objects that appear solid and persistent are revealed by modern physics to be in a constant state of flux. An iron bar is mostly empty space, and even the ostensibly solid, sub-atomic particles occupying that space are either moving so rapidly as to be unimaginable or, alternately, exist as clouds of probability rather than as stationary monuments to permanence.

With living things, the world is even less fixed. Biologists as well as Buddhists know that living stuff is always dancing, constantly replenished by, and created from, nonliving components. At every moment, our existence takes place only on the instantaneous, knife-edge of Now, which can never be captured and held immobile. The last words of the Buddha reportedly began, “Decay is inherent in all things.”

But even decay—an unavoidable consequence of time impacting the real world—isn’t something to regret. As the Vietnamese Buddhist monk and scholar, Thich Nhat Hanh, put it, impermanence (anitya) is intimately tied to continuity. “Look back,” he counsels, “and you will see that you not only exist in your father and mother, but you also exist in your grandparents and in your great grandparents.” Look again, and you will see we “have been gas, sunshine, water, fungi, and plants,” he writes. “Nothing can be born and also nothing can die.” To understand this, and to do so deep in our ever-changing bones, may forever change our sense of time and what it means to participate in life on earth. 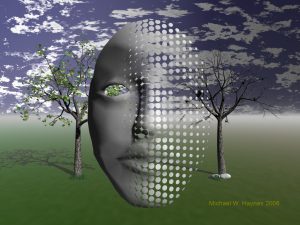 It would seem, nonetheless, that living things struggle to defy anitya, to resist change. The technical term among physiologists is “homeostasis,” the process whereby organisms maintain their internal environment within limits. This is notably true of mammals, which possess various adaptations to keep their internal temperature independent of the outside environment. At least as important, however, is the internal chemical environment: not too acid, not too alkaline, enough sodium, potassium, and calcium. Without a precisely stable Goldilocks balance, life ceases.

In a narrow sense, that is a defiance of anitya. But the physiological constancy required by life can only be achieved in what physicists label an “open system,” which receives regular inputs of energy and material from elsewhere. In the case of living things, this means that even the temporary, seeming defiance of impermanence can only occur via a never-ending introduction of new stuff. In the short term, that means energy-carrying molecules that permit respiration and metabolism; in a longer perspective, that means proteins and other substances involved in growth, maintenance, and repair.

Paradoxically, maintaining a state of apparent constancy (i.e., life) requires continual openness to change, in this case exchange with an organism’s environment. When that exchange ceases, so does life; although even then, every body continues to change, whether via decomposition, incorporation into another body, or incineration.

Let’s look at two phenomena essential to that condition we call “alive”: respiration and digestion/metabolism. We regularly inhale about a half liter of air, relatively high in oxygen and low in carbon dioxide. Our bodies combine some of that oxygen with food molecules we earlier consumed, generating energy. The half-liter that we subsequently exhale contains less oxygen and more CO2, a by-product of metabolism. “New” atoms are incorporated into our bodies at every moment, and “old” ones are rearranged, while some are pushed out. Every few days we essentially recycle ourselves, reminiscent of an old advertising jingle for milk, “There’s a new you coming every day!” Except it’s more like every hour, minute, second, instant. 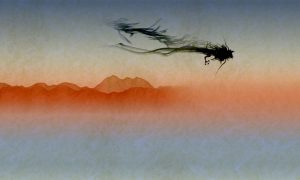 Then, of course, there is evolution, the process that has produced and underlies all life. Evolution is change—change in the make-up of a lineage over time. Although certain organisms have evolved rapidly (human beings, elephants, bacteria), others do so slowly. They include such peculiar creatures as coelacanths (lobe-finned fishes believed extinct before one was caught in the deep ocean off Madagascar in the 1930s), tuataras (peculiar lizards found only on several islands off the coast of New Zealand), or horseshoe “crabs” (closely related to spiders and which appear not to have changed significantly in a few hundred million years). But even these “living fossils” have themselves evolved—that is, changed over time—compared to their ancestral, soft-bodied pre-Cambrian ancestors, just as they will continue to do so—or go extinct—when their environment changes.

What about genes themselves? Aren’t they permanent rather than temporary? As Richard Dawkins effectively popularized in his book, The Selfish Gene, bodies are merely temporary structures constructed by their constituent genes, for their—the genes’—benefit. Bodies, suffused as they are with anitya, come and go, whereas genes go on and on, catapulted into the future either as offspring or in the bodies of other relatives. One chapter in Dawkins’ book is titled “Immortal Coils.”

Although the potential immortality of genes is an effective simile, it is not strictly true. Biologists know that some genetically based traits are “highly conserved,” which means they are unlikely to change over time. These include the commands undergirding such basic intracellular activities as how energy is derived from hydrocarbon molecules, and the coding system by which nucleic acids are translated into proteins. The fidelity with which these genes are accurately replicated between generations is remarkable, but also not surprising, given that errors in such fundamental processes are quickly selected against, leaving the unchanged to persist.

But not forever. Mutations happen. On average, genes mutate at a rate of about once in a million replications. Given enough time, errors are inevitable. Given changes in their environment, beneficial mutations are selected for, while hurtful ones are selected against. Even genes do not—and cannot—escape their appointment with anitya.

Most mutations result from incorrect base pairings, involving the four key molecules of heredity: adenine (A), cytosine (C), thymine (T), and guanine (G), when by accident they fail to line up according to the normal pattern of A-with-T and C-with-G. By contrast, the remarkably rigid spiral backbone of DNA—which gives rise to its double helix structure—consists of repeating sugar and phosphate groups, which are more stable than the base pairings, since the former rely on “regular” chemical bonds whereas the latter occur via weaker “hydrogen bonds.”

But even here, change is inevitable, although presumably less consequential. Hydrogen atoms that are ubiquitous throughout DNA molecules are constantly switching places with other hydrogen atoms in their immediate surroundings; the resulting “hydrogen exchange” is well documented, insuring that even a non-mutated DNA molecule is something of a shape-shifter, even when it is ostensibly resting. So even the most unchanging component of potentially immortal DNA is immersed in anitya, constantly refashioning itself.

Over time, anitya is manifested at many different levels: the ecological flux of biogeochemical cycles, the unavoidable conveyor belt of birth to aging to death, and the instantaneous transformations in all parts of living organisms. While our illusion of permanence may be fostered by our sense of continuous memory, psychologists now understand that memories are not only frequently incorrect but as impermanent as our physical substance. 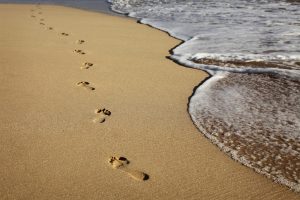 rom a scientific perspective, there is every reason for biologists to join with Buddhists in rejecting what the latter call svabhava, fixed and unchanging essence. At our deepest, molecular levels, we have no essence.

In Eastern mythology, the story is told about a king who called his Wisdom Council together and asked for an observation that would always be true, for all living things, at all times. They agreed upon the following: “This too shall pass.” The universal recipe for anitya is as simple as it is inevitable: Start with the stuff of the world, then marinate in tincture of time.

This article contains excerpts from Over Time, Buddhism and Science Agree by David P. Barash