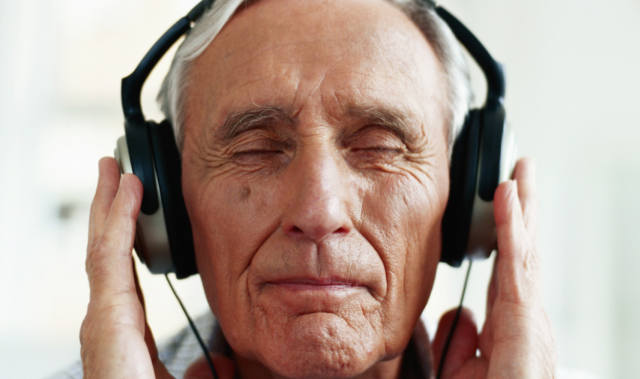 “There is no truth. There is only perception.”

Many people with chronic pain have been told that the pain is “all in their head.” In some ways, this is true. Pain is not just biological; it also has psychological and emotional components.

Knowing this, of course, doesn’t make a person’s pain any less real. But it does suggest ways to use psychology to manage pain when there are few treatment options available—all through the power of illusion.

In a study published last month in the journal PeerJ, researchers in Australia and the United Kingdom showed that fooling the brain with visuotactile illusions reduced the pain experienced by people with knee osteoarthritis.

Lead author Tasha Stanton, a researcher from the University of South Australia, told Scientific American that the experiment stemmed from the idea that “people with knee osteoarthritis have an altered perception of their own body,” with the knee feeling “too big.”

The new study takes advantage of that by manipulating the way people with osteoarthritis see their affected knee—with the goal of reducing the pain stemming from that joint.

The idea that what goes on in the mind can alter pain experienced as a result of physical stimulation—or a medical condition—is not new. Previous research has shown that pain is a subjective experience . Identical physical situations can give rise to different levels of pain, depending on people’s mood and attention.

During the new study, participants wore a head-mounted display that showed a live video feed of their own knee. The researchers manipulated the image that participants saw, showing the knee either being stretched or shrunk.

This visual illusion, though, wasn’t enough to reduce people’s pain. There also had to be a tactile manipulation done at the same time—with researchers applying gentle pressure to the calf muscle towards or away from the knee. This allowed people to see and feel their knee changing size in real time.

This visuotactile illusion decreased people’s pain by about 25 percent, something that didn’t happen when there was only visual stimulation. Researchers suggest that while vision is critical for the illusion to work, physical manipulation is also required in order for pain to be altered.

Researchers also tested the timing of the illusion. Viewing the illusion longer extended the pain relief, but didn’t lead to a greater change in pain level. Repeating the illusion also provided more benefit. The researchers think that more than 10 illusions may be needed for this extra pain relief. People’s daily pain scores, though, were not affected.

This was a small study, but it showed that even repeated 5-second illusions may produce pain relief that is at a clinically important level. More research is needed to figure out the right number and type of illusions to reduce pain, not just at the time of the illusion, but hopefully throughout the day.

The study also shows the power of the mind to take back control from a chronic pain condition that, for many, feels out of their control. That means the “truth” of a person’s pain experience may be open to transformation.