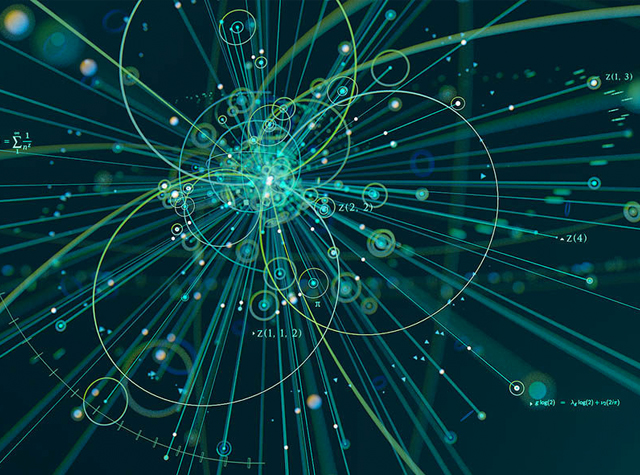 “People like us, who believe in physics, know that the distinction between past, present and future is only a stubbornly persistent illusion.”
~ Albert Einstein

If you thought that the quantum phenomena of particles being “entangled” across vast distances of space was strange, that’s nothing. Israeli physicists have shown that they can link particles together so that measuring one affects the other, even if the particles never existed at the same time.

Entanglement is one of the stranger features of quantum mechanics — although there are so many to choose from that it’s hard to decide. Two quantum particles, such as photons, can be linked together — entangled — so that measuring one causes the other to “collapse” into a certain state. This occurs even when the entangled particles are far apart.

Their research was published in 2013 in Physical Review Letters. To accomplish this feat, the researchers used a process known as “entanglement swapping.” This technique involves researchers firing a laser at a special crystal to create two pairs of entangled photons — 1 and 2, and 3 and 4. At this point, photons 1 and 4 are not entangled. Due to the uncertainty of quantum theory, photons can exist in two states at the same time — polarized vertically and horizontally. When researchers measure the photon, it randomly takes on, or collapses into, one of those states.

Researchers can use this behavior of quantum particles to entangle photons 2 and 3 in a process called “projective measurement.” This measurement entangles the photons, but also destroys them. This can also be done in a certain way that the measurement entangles photons 1 and 4. Adrian Cho describes this on Science Magazine  as two pairs of gears being connected to form a four-gear chain.

In recent years, physicists have discovered that the two initial pairs of entangled photons don’t have to be created at the same time in order for projective measurement to work. This is how the Israeli researchers were able to entangle particles across time.

When the researchers later measured photon 4, they found that its state and the state of photon 1 were connected, or correlated. Photons 2 and 3 passed on the entanglement from photon 1 to photon 4, like gears. So even though photons 1 and 4 never coexisted, researchers were still able to entangle them.

However, Einstein had already disposed of Newton’s idea of events happening at the same time, or simultaneity. His general theory of relativity showed that “when” something occurs depends on where you are in relation to what you are observing, or your frame of reference. So saying that two events happen “at the same time” doesn’t really work at a metaphysical level. It’s clear, though, that the particles, their properties, and the events that occurred during the experiment do exist. These are not under debate. What’s less certain is which properties should be assigned to the particles and when.

But this may be less important when you let go of the common view of time that gets us through our day. Elise Crull, an assistant professor in history and philosophy of science at the City College of New York, suggests on Aeon  that these kinds of mind-boggling mysteries about entangled particles are more “disagreements about labeling, brought about by relativity.” Although spatial and temporal entanglement may make us uncomfortable at times, Crull says that we can’t afford to ignore these findings in whatever metaphysics we develop in the future.

Spacetime Paths as a Whole