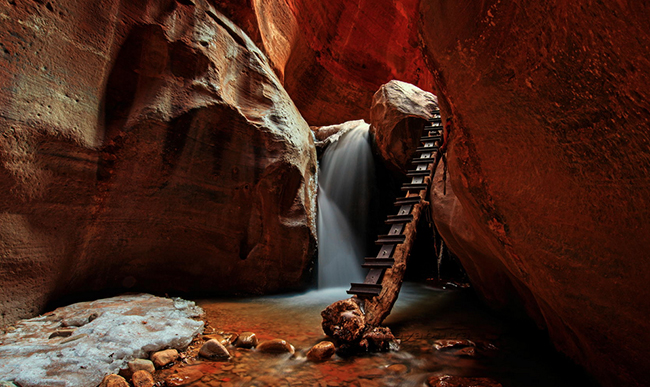 Although I’ve been an ardent devotee of Ramana Maharshi since 1970, I’ve also worked as a state-licensed psychotherapist in California since 1978. Because of these dual interests, I developed a long-time desire to find ways of successfully combining the beauty and simplicity of nondual wisdom with the down-to-earth practicality of western psychology. Although it would seem that they might make for very strange bedfellows, they are but different sides of the same coin.  On the one hand, a traditional therapist helps his clients to awaken and strengthen their sense of a personal and egoic self and to learn how to create better dreams that might lead to a happier future.  A nondualist, however, would encourage the Seeker to look within for the true source of this illusory “self” (i.e. the “I” thought) and, by living fully in the present moment of “now,” to begin to wake up and stop dreaming altogether.

In my 35 years in private practice, about 95% of my clients sought therapy because they were dealing with very mundane and secular issues: depression, anxiety, communication, anger, relationships, parenting, phobias, addictions, etc. With the notable exception of religiously-induced guilt, very few of them had any real spiritual concerns.

However, some of my older clients… usually in their 40’s, 50’s or above… would occasionally voice their own frustration and despair about how their lives had turned out. Although they had amassed the various accouterments of wealth and power, they were dismayed to discover that they were still unhappy and empty inside.  In a sense, their universal lament was like the old song, What’s it all about, Alfie? They felt that they were missing something important, but they just weren’t sure what it was. One client explained it to me like this: “When I was younger, I believed that all I had to do was to become financially successful and then everything would be perfect. Now that I’m a CEO and have everything in life that I aimed for, I’m finding that it’s just not really satisfying. And, even worse, I don’t know WHY!”

In a sense, for many of them, they had climbed and clawed their way up the ladder of material success only to discover that the ladder had been leaning against the “wrong” wall.

Whenever such an existential crisis presented itself in the course of our therapy together, I took it as a cue to introduce them to ways of looking differently at the world in general and, especially, at their own world in particular. For example, I would often begin by asking them to sit quietly in the middle of the “Who am I?” inquiry and to see what would show up.

However, it’s obvious that such a radical and non-traditional intervention would not have been effective until (and unless) the clients had first exhausted all of their everyday cares-and-concerns-in-the-dualistic-world. After all, in the dictionary, “psychology” comes before “spirituality.” For example, if a client was crying bitterly in my office about the recent death of their young child, how incredibly insensitive would it be for me to have said, “Your daughter’s body was an illusion of your own creation. You, however, are the infinite One from which everything flows. In truth, there is no life, no death, no parent and nor child.”

And on and on.

Upon hearing such cold callousness and utter lack of compassion, most clients would have simply gotten up and walked out.
Instead, the dualistic dream must always be acknowledged, honored and loved just exactly as it appears. That means that everything that arises within the client’s own dream… without exception… must also be acknowledged, honored and loved, too. In the midst of their pain, the nondual therapist needs to fully embrace whatever’s showing up and, as part of the dance, to compassionately offer his clients some helpful “dream solutions” for their “dream problems.”

Bottom line:  Unless he is invited to engage in an existential discussion about the “meaning of life,” (as was the case with the businessman cited above), it’s much better for a nondual therapist to initially - and very lovingly - fully meet his struggling clients within the very dream that they are dreaming.

What is your opinion on this?