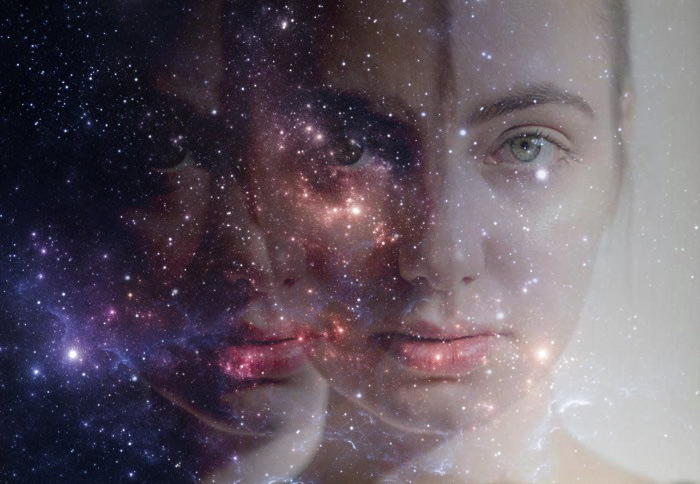 From the comfortable seat of our bodies (and built-in brains), it’s easy to think that consciousness is a unique property of humans. But some philosophers argue that the entire universe is conscious, or to put it more broadly: that there is only cosmic consciousness.

This solves the problem of where consciousness comes from, but it leaves other lingering dilemmas — such as why do people (and other living organisms) have private consciousnesses that are less-than cosmic-sized? And if you and I are part of the same cosmic consciousness, why can’t I read your thoughts simply by shifting the focus of my attention?

In a paper published earlier this year in the Journal of Consciousness Studies, philosopher and author Bernardo Kastrup tackles these and many other questions by using the analogy of dissociative identity disorder (DID), what was once known as multiple personality disorder.

Kastrup starts with the premise that cosmic consciousness is everything. The material environment, along with the properties of matter, are physical manifestations of the thoughts and feelings of this consciousness. These are the “revealed” and “concealed” aspects of the cosmos, respectively.

He then argues that all living organisms, including people, are dissociated alters of the cosmic consciousness. This is similar to how people with DID can have multiple personalities — or alters — coexisting within the same psyche. In both cases, the alters are part of the whole, with each having its own private consciousness.

Kastrup’s approach is a modification of a theory called “cosmopsychism,” which asserts that the smallest unit of consciousness spans the entire cosmos. Other theories based on this have tried to reach the level of human consciousness by breaking apart cosmic consciousness into smaller units and then putting them back together to form a higher-level consciousness.

Kastrup avoids this “recombination problem” by turning to dissociation. This involves separating off parts of the cosmic consciousness into alters, or “relative subjects.” Each of these segments of cosmic consciousness has a distinct boundary, along with a sense of self-identity, or I-ness.

And like the cosmic consciousness itself, the alters have both a concealed aspect (thoughts and feelings) and a revealed aspect (physical body, metabolism, senses, etc.).

Kastrup writes that “cosmic dissociation happens precisely at the level of living beings with unitary consciousness, such as you and me.” He also includes other organisms in this definition, from plants and mammals down to the smallest bacteria and viruses.

All alters are separated from the rest of the cosmic consciousness — while still being part of it — by a dissociation boundary. Unlike the boundaries of inanimate objects, the boundaries of living organisms are not arbitrary.

Take a mug, for example: whether the handle of the mug is an integral part of its “mug-ness” is an arbitrary decision. You could just as easily have a mug without a handle.

Likewise, we can will the parts of our body to move. But we can’t will the bodies of other living organisms (alters) to move in the same way. This is part of what makes us distinct from each other.

The dissociative boundary is so strong — along with our ego and I-ness — that we see ourselves as distinctly separate from the cosmic consciousness. But this, according to Kastrup, is only an illusion.

Perception exists only across this dissociative boundary. It occurs when the “outside” impinges on the boundary that surrounds an alter — such as when photons strike the retina or a feather touches the skin.

What we perceive, though, is not an exact replica of what is actually outside us. Instead, it is a representation of the outside. So the colors, sounds, flavors, and textures that we experience are different from what is experienced by the cosmic consciousness surrounding us.

Kastrup writes that alters are like islands immersed in a single ocean. Because we are all in the same ocean, we experience the universe in roughly the same way.

And because we also only have access to the “outside” across the dissociative boundary, we are unable to change the laws of nature, read other people’s minds, or bend a spoon with just our thoughts.

But this theory allows us to rest in knowing that we are part of something greater than ourselves, even if we are living in our own dissociative bubble.

To understand ourselves and our place in the universe...

The thorny thought experiment has been turned into a real experiment — one that physicists use to probe the physics of information.