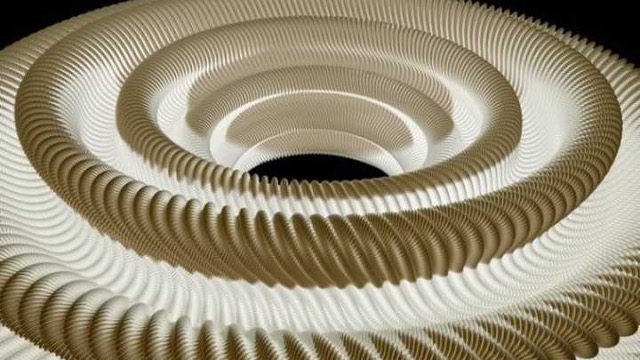 Quantum physics tells us that the state of a subatomic particle can only be known when the state of the particle is measured, implying that, in some fundamental way, we as conscious observers determine the state of the world we experience, by our very act of observing it. This principle of quantum physics is often the basis for arguments that consciousness itself must be a fundamental principle of the universe, rather than an emergent property of matter. Irrespective of such arguments, the quantum phenomenon of observer-dependence appears hidden at the quantum scale, and progress in physics to date has been made using models that do not include the conscious entity. This approach is consistent with a perspective that physics explains things perfectly at the human scale, and that the only remaining mysteries are at the quantum and cosmic limits of space and time, well outside our normal human experience.

Although modern physics has not failed us when it comes to predicting human-scale objective phenomena, there are paradoxes presented by current physical theory that suggest that physics in its current state may be just one half of a larger coherent explanation of the phenomena we experience. From a philosophical perspective, a clearly stated paradox presents an opportunity for a deeper understanding based on a unification, or synthesis, that resolves the paradox. Three of the paradoxes apparent in current physical theory are 1) the identification of electrostatic and magnetostatic fields as virtual/imaginary fields, 2) the missing negative mass/energy at the human scale, and 3) the instantaneous propagation of changes in the magnitude of electrostatic and magnetostatic fields.

A paper submitted to the Foundations of Science journal resolves the aforementioned paradoxes, through a synthesis of physics and psychology. The paper, titled “Electromagnetism in Terms of Space and Time” outlines a model with the conscious entity at its center, that provides a coherent link between the objective and the subjective. This model is used as a basis to solve a problem conceptually that has existed since the advent of general relativity: an explanation of electromagnetism in terms of space and time. The model also provides a conceptual link between the discretization of spacetime at the Planck scale and the curvature of spacetime, or in other words, a conceptual link between quantum physics and general relativity. We will leave the details of the model for those interested in reading the full paper, and focus here on clarifying three paradoxes that suggest physics has a hidden frontier at the human scale.

The Paradox of Static Virtual Fields

For internal consistency within the quantum mechanical model for photons, it is necessary to define the photons associated with electrostatic and magnetostatic fields as virtual, in contrast to the real photons associated with electromagnetic (light) waves. In other words, the mass/energy of a real photon is a real number, whereas the mass/energy of a virtual photon is an imaginary number. Although the virtual/imaginary status of electrostatic and magnetostatic fields is generally taken for granted, the fact that electrostatic and magnetostatic are static and imaginary is a paradox, because a quantity can only be imaginary with respect to some other quantity with which it is in relative harmonic motion. For example, a simple pendulum has a kinetic energy and a potential energy, each of which can be measured as a real quantity. However if the pendulum is swinging back and forth, the potential and kinetic energy are imaginary with respect to each other. Similar examples can be given for the quantities that describe anything that is rotating, oscillating, or vibrating. Therefore it is a paradox that electrostatic and magnetostatic fields are static and imaginary. The implication of this paradox is that if we are observing a quantity that is static and imaginary, then we as observers, or something about the act of observing, must be characterized by a motion that is rotating, oscillating, or vibrating (in spite of the fact that we are not conscious of such a motion in our normal sensory observation of the world). The notion of a hidden harmonic motion is reinforced by the fact that physics tells us unequivocally that we are bounded by harmonic motion: at the quantum scale, everything is characterized by vibration; at the speed of light, only lightwaves exit; and at the cosmic scale, there appears to be a beginning and an end to spacetime itself, perhaps in a repeating fashion, where the end of one universe in a singularity may be the beginning of another universe.

The Paradox of the Missing Negative Mass/Energy

It is well known that nothing with real mass/energy can travel faster than the speed of light. If any real thing were to travel faster than the speed of light, it would violate causality i.e., a logical, coherent order of cause and effect in the universe. However it may not be well known that changes in virtual fields do propagate instantaneously. This has been demonstrated in frustrated internal reflection experiments. Such changes in a purely virtual field do not constitute radiated light - they are localized to a physical object, but if the real and imaginary components are not analyzed distinctly from each other, such instantaneous changes in field strength may be misconstrued as violations of both Maxwell’s equations and special relativity. The paradox these instantaneous field changes present is related to causality. We have grown accustomed to instantaneous quantum effects over distance, such as quantum tunneling and quantum coupling. These instantaneous quantum effects are understood not to violate causality because the states on either side of the effect (such as the states of the two quantumly-coupled particles) are recognized to be mutually causal i.e., they cannot be known independently. Therefore the resolution of the paradox of instantaneous changes in electrostatic and magnetostatic field strength must be that a mutually causal relationship exists at the human scale, between physical objects that possess these fields, and some other unseen objects.

The paper resolves these paradoxes through a synthesis of physics (study of the objective) and psychology (study of the subjective). In the course of doing so, a frontier of unified field theory is revealed at the human scale. This is coincident with a recognition that electromagnetism is not yet fully understood, specifically in terms of spatially and temporally varying fields that yield phenomena other than radiated light. Such phenomena, aptly characterized as “human-scale quantum phenomena” represent a new domain of research that may lead to human creations that are simultaneously technological and psychological entities.

The research leading to the recent paper and this article was unfunded and independent. Continued development of this work will depend on institutional support and collaboration with other researchers. If you can suggest an institution this work would enrich, or personally wish to collaborate with this work, please contact the paper’s lead author at: [email protected]

Ben Werner has a lifelong interest in unified field theory, contemplative study, and all branches of physics. His enjoyment of building things lead him to a focus on electric engineering, in which he has undergraduate and graduate degrees from UC Santa Barbara. Sustainability and whole-systems principles inspired him to spearhead a land use policy initiative supporting ecological development and a local complementary currency. Ben lives with his wife and child in Santa Barbara, CA.