If You Want to Evolve, Be Mindful 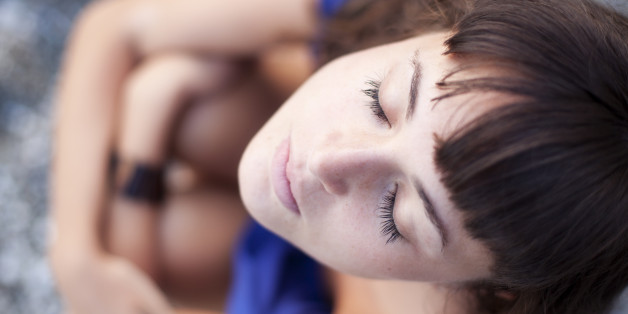 Human beings are unique in the scenario of life on Earth—that much is obvious. We are guided by awareness, and to implement our wishes, dreams, and inventions, the higher brain (chiefly the cerebral cortex) has evolved to extraordinary proportions. Although classical Darwinism is mindless, and staunchly defended as such by strict materialists, Homo sapiens is no longer caught in the clutches of natural selection. As we know, human society is very different from the state of nature. Chimpanzees don’t get their food at the grocery store, and we don’t get ours by fighting with rivals in the treetops.

So the real dilemma isn’t whether human evolution is guided by mind, because clearly it is. What remains puzzling is how much connection there is between our mind and our genes. There is no doubt that the roughly 23,000 genes you inherited from your parents remain the same throughout your lifetime. If the genetic blueprint was as fixed as an architect’s plans, there would be no mind-gene connection. You would be the puppet of DNA, mechanically carrying out whatever actions are programmed into the 3 billion base pairs that constitute the human genome.

To defenders of strict Darwinism, the difference between instinct, which controls animal behavior, and mind, which gives freedom of choice, is lost. But no one who isn’t harping on an agenda could claim that a Mozart symphony or the ceiling of the Sistine Chapel was created by instinct. The range of the human mind is vast and creative. But as we create the complex human world, are our genes listening? If so, are they cooperating in our creative enterprises?

The answer is yes. Over the past two decades, the new genetics has made major discoveries that validate the mind-gene connection, opening up the promise that what lies ahead for the human race is mindful (that is, self-directed) evolution. To touch on the major discoveries that led to this turning point in evolution, the following points should be considered parts of the same whole.

These aren’t small tweaks to Darwinism but a window into a new world. In the Darwinian model, identical twins are genetic mirrors of each other, since they are born with identical genomes. But each twin lives their own life, and other factors, beginning with the response of the epigenome and microbiome, write a unique story for each. Thus one twin can be afflicted with Alzheimer’s, or be schizophrenic or obese, while the other is not. Medical science uses twin studies to pinpoint exactly how much contribution is made to various disorders by identical genes, and the typical answer is around 50%.

In a word, the old battle between nurture and nature seems to be a tie. If outside influences create 50% of an illness, this implies at the very least, that a large contribution is being made to everyday behavior. If so, then it is possible to say, quite logically, that a person can self-direct his or her own evolution. This is true because unlike other species, human beings have a huge amount of control over our environment. How we nurture ourselves is up to us.

A group of high-level scientists are participating in a project to study Self-Directed Biological Transformation (SBT), focusing on mind-body practices like meditation where people subjectively report that their lives are being changed. Do their reports of inner peace, mental clarity, increased happiness, and greater insight have a biological basis? If so, then genetic activity must be involved, because DNA lies at the basis of all bodily functions, down to the firing of individual neurons in the brain.

It has been established for four decades that meditation brings benefits outside the mind, such as reducing high blood pressure and stress hormones. But why should genes be restricted to functions we happen to classify as physical when they are involved in the whole mind-body system? It was long past due to explore the mind side of the equation. To date, the SBT research has been very promising. Thousands of genes are affected in their activity by meditation, and the changes often begin within the first few days of routine meditation. These findings are being submitted for publication very soon.

Across the board the new genetics is arriving at similar results. What this means, if we look just a bit further, is the following:

The notion that behavioral characteristics in parents might possibly be epigenetically passed on to their offspring is one of the most exciting frontiers in the new genetics. This has already been demonstrated in laboratory animals. A mouse who was conditioned to fear a certain smell as an adult was shown to pass this same fear onto her offspring by epigenetic changes in the genome (without the need for new genetic mutations). This is referred to as “soft” inheritance to the next generation. We can now begin to ask whether the same is true for human beings. Demographic studies of the Dutch famine during World War II and 9/11 are already hinting in this direction. We discuss these studies in our new upcoming book Super Genes (November, 2015)

If this idea of trans-generational epigenetic inheritance is someday shown to also apply to human beings, no one knows how much benefit we may gain. But the benefits require self-awareness and mindfulness. We must make conscious choices that move our evolution toward the best in human nature while correcting the worst. The new genetics gives us this responsibility. As more results are validated, there will be no avoiding the choices that face us. The good news is that we will be rewarded for every positive choice by our genes, here and now and for the time to come.

DEEPAK CHOPRA, MD, FACP, founder of The Chopra Foundation and co-founder of The Chopra Center for Wellbeing, is a world-renowned pioneer in integrative medicine and personal transformation, and is Board Certified in Internal Medicine, Endocrinology and Metabolism. He is a Fellow of the American College of Physicians, Clinical Professor UCSD Medical School, researcher, Neurology and Psychiatry at Massachusetts General Hospital (MGH), and a member of the American Association of Clinical Endocrinologists. The World Post and The Huffington Post global internet survey ranked Chopra #17 influential thinker in the world and #1 in Medicine. Chopra is the author of more than 85 books translated into over 43 languages, including numerous New York Times bestsellers. His latest books are Super Genes co-authored with Rudolph Tanzi, PhD and Quantum Healing (Revised and Updated): Exploring the Frontiers of Mind/Body Medicine. www.deepakchopra.com

DR. RUDOLPH E. TANZI, is Professor of Neurology and holder of the Joseph P. and Rose F. Kennedy Endowed Chair in Neurology at Harvard University. He also serves as the Director of the Genetics and Aging Research Unit and as Vice-Chair of Neurology at Massachusetts General Hospital. Dr. Tanzi was named to TIME magazine’s “100 Most Influential People in the World” and The Harvard 100 - Most Influential Harvard Alumni.