I Am a Fairytale 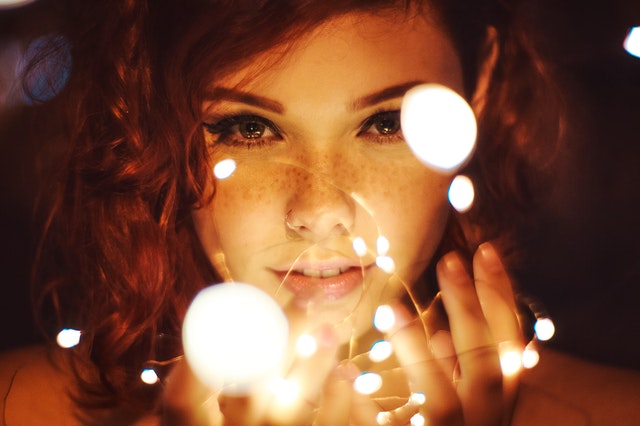 “Tat Tvam Asi,” say the Vedas. Thou art That.

The journey of self-discovery is a journey inward. The journey starts at the outer layer - the body - and goes deeper inward, and deeper still (Gate, Gate, Paragate, Parasamgate - The Heart Sutra), only to discover that there is nothing there except emptiness.

The I that I have grown up with and am fond of is not real. The I that has memories and hopes is not who I am. The “I” is a thought in the mind.

This begs the questions: Whose mind is it? and What is mind?

There are many theories of consciousness, one of the most radical is the one of Prof. Donald Hoffman, a cognitive scientist at The University of California, Irvine. His theory is that consciousness itself is a fundamental property of reality, not space-time, matter-energy.

“I call it conscious realism: Objective reality is just conscious agents, just points of view. Interestingly, I can take two conscious agents and have them interact, and the mathematical structure of that interaction also satisfies the definition of a conscious agent. This mathematics is telling me something. I can take two minds, and they can generate a new, unified single mind. Here’s a concrete example. We have two hemispheres in our brain. But when you do a split-brain operation, a complete transection of the corpus callosum, you get clear evidence of two separate consciousnesses. Before that slicing happened, it seemed there was a single unified consciousness. So, it’s not implausible that there is a single conscious agent. And yet it’s also the case that there are two conscious agents there, and you can see that when they’re split. I didn’t expect that, the mathematics forced me to recognize this. It suggests that I can take separate observers, put them together and create new observers, and keep doing this ad infinitum. It’s conscious agents all the way down.” 1

Prof. Hoffman’s radical idea is that all that is there is consciousness itself. This view is amazingly similar to the Vedic view of reality.

The essence of the Vedic view is captured in the Mahavakyas or Grand Contemplations 2. The Mahavakyas are a distillation of Vedic insights into the nature of Reality. If we substitute the term Consciousness for Brahman in the Mahavakyas below we see the parallel with Prof. Hoffman’s ideas.

Most physicists and neuroscientists, even to this day, have shied away from tackling the problem of consciousness. They consider consciousness to be the domain of religion and philosophy. Not so for the Vedic sages, who delved deeply into the nature of consciousness which they called Brahman.

Root of the word: The word Brahman comes from the root brha or brhi, which means knowledge, expansion, and all-pervasiveness. It is that existence which alone exists, and in which there is the appearance of the entire universe.

Not subject to change: Brahman means the absolute reality, that which is eternal, and not subject to death, decay, or decomposition. In English, we speak of omnipresence or oneness. This is the principle of the word Brahman.

Immanence and transcendence: One may also choose to think of Brahman in theological terms, though that is not necessary. Within that perspective, the scholars speak of two principles: immanence and transcendence. Immanence is described as the divinity existing in and extending into all parts of the created world. In that sense, the Mahavakyas can be read as suggesting there is no object that does not contain or is not part of that creation.

It’s really indescribable, as it is beyond form: However, one chooses to hold the word Brahman, it is very useful to remember that Brahman is often described as indescribable. For convenience sake, it is said that Brahman is the nature of existence, consciousness, and bliss, though admitting that these words, too, are inadequate.

“I’m claiming that experiences are the real coin of the realm. The experiences of everyday life — my real feeling of a headache, my real taste of chocolate — that really is the ultimate nature of reality.”

The conclusion of both, the Vedas and Prof. Hoffman, is that the experience of everyday life is the ultimate nature of reality.

God is an experience. Every moment that we are fully alive and experiencing life without filters-preconceived ideas and beliefs - we are experiencing the divine.
All that is there is Brahman!
Thou art that!!
And, that is that.