How the Brain Continually Changes and Reorganizes Itself

Until the 1970s, it was strongly believed in the emerging neuroscientific community that there were two certainties: 1) the brain and its neurons were fixed and could not be modified, and 2) it was impossible for new neurons to manifest.

There had been, however, early experiments that demonstrated that this view was wrong. In 1793 (yes, 1793), an Italian, Michele Vincenzo Malacarne, had paired animals, and then trained one of the pair extensively for years. He found that the cerebellums of the trained animals were significantly larger, but this research was ignored as it was just too controversial.

The game-changing demonstration, the equivalent of the “double slit” experiment in quantum physics, was by the late Paul Bach-y-Rita. Paul’s father, a poet, had a massive paralyzing stroke. Paul’s brother George, did not accept the prognosis that there was nothing that could be done. More experiments were done w/rhesus monkeys in the 1960s demonstrating training changes in neuronal pathways, but this was also disregarded. However, the evidence continued to mount.

George began rehabilitating his father (good video) starting with crawling on the floor, then doing household tasks, to relearn his functions - a revolutionary approach at the time. After 3 years, his father had made a miraculous recovery, went back to work and remarried and when he died, it was from a heart attack while mountain climbing. This discovery transformed how stroke victims are rehabilitated.

Paul, a neurologist, looked at his father’s autopsied brain scans and found that 97% of the links between the cortex and spine were still broken. The brain had somehow neuroplastically changed its patterns, but his scientific colleagues were unconvinced, so he decided to make a definitive demonstration.

Paul found that the blind could see by having another sense, like touch, using information coming from the skin, provide the input.  He built a device w/400 small pins pressing against the blind person’s back, and then had a TV camera relay visual information to the pins, replacing the retinal pixels.  The touch pixellation, amazingly, is actually processed by the visual cortex into an image, previously thought impossible - a stunning example of neuroplasticity.

From this, a compact form, the Brainport was developed, in which the sensors were placed on the tongue and a small head cam replaced the TV camera.  The video shows how quickly blind folk learned how to identify objects and walk around easily. (Can You See With Your Tongue?)

Wilder Penfield spent years finding where different parts of the body were represented and processed on the cerebral cortex, particularly the sensory and motor regions in what became known as “brain mapping”. During brain surgery, Penfield discovered that when he touched a patient’s sensory brain map, that it triggered sensations in the body. In the motor cortex, touching an area triggered movements in a leg, arm, face, etc.

This opened the way for Michael Merzenich, a neuroscience professor at UCSF, known as “the world’s leading researcher on brain plasticity” (TED video). Merzenich radically claimed that: a) brain exercises may be as useful as drugs for diseases like schizophrenia, b) plasticity exists from cradle to grave, and c) radical improvements can be made in cognitive functioning even in the elderly and autistic.

Creating microelectrodes which could detect when an individual neuron fired (1000X more precise than current brain scans), Merzenich found that these maps, considered immutable and universal, changed shape depending upon what we do.Working w/brain mapping, Merzenich showed that practicing a new skill, under the right conditions, could change hundreds of millions and possibly billions of connections between neurons. Using this, he developed programs for the learning-disabled, including autistic folk, to improve cognition and perception as well as a/the cochlear implant which allows congenitally deaf children to hear.

Hubel and Wiesel soon found that there was a “critical period” in very young animals when the brain is “plastic” and shaped by specific experiences, which is when the brain sets up its basic processing machinery.  They also found that the brain does not waste any unused “cortical real estate”, but rewires itself to find a new use for that real estate. For these discoveries Hubel and Wiesel received the Nobel Prize. 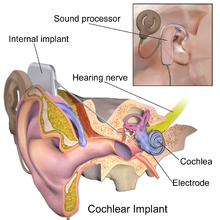 The entire process of promoting nerve growth appears to be done by the appropriately-named, nerve growth factors (NGF), for which its finders Levi-Montalcini and Cohen, received the Nobel Prize. A specific one, BDNF, plays a crucial role in reinforcing plastic changes made during the critical period.

Mezernich later proved that the “critical period” is followed by the “adult plasticity” period, when the brain refines this machinery as it masters a wider repertoire of skills and abilities.
He also found that when it came to allocating brain-processing power, brain maps were governed by competition for resources and the principle of “use it or lose it”.

This manifests in an “endless war of nerves (neurons) going on inside each of our brains”. If we stop exercising our mental skills, the brain map space for those skills is turned over to the skills we practice instead, in a battle of “competitive plasticity”.

Competitive plasticity also explains why our bad habits are so difficult to break or “unlearn”.  When we learn a “bad habit”, it takes over a brain map, and each time we repeat it, it gains more control and real estate. In learning, the brain secretes dopamine and acetylcholine to consolidate the map changes just made. That is why “unlearning” is often a lot harder than learning. (And why deconstructing/unlearning the ego/I is so difficult.)

Mezernich also found that animals of a particular species may have similar maps, but they are never identical, and the maps of normal body parts change every few weeks. Every time he mapped a monkey’s face, it was different.

The well-known phenomena of the difficulty of learning a second language is also explained by this competitive plasticity.  As we age, the more we use our “native” language, the more it comes to dominate the linguistic map space.

As we learn our “native” language, we also learn its subject/doer - verb/doing - object/done to, structure which virtually all human languages have.  This is where the I/ego is implanted, along with the sense of a “doer” w/“free will”.  As w/a second language, that is why this construct is so difficult to dislodge as we come to nondual spiritual practices well into the “adult plasticity” period, after the linguistic map space is well defined. These neuroplastic understandings can be applied to autism, learning, aging, addictions, spiritual practice, etc.

BTW, an excellent source book on neuroplasticity is The Brain That Changes Itself by Norman Doidge, a NY Times bestseller featured on Paul’s “The Brain Fitness Program”.

How to Be Healthy in a Dopamine-Seeking Culture