By Donna Thomas and PhD 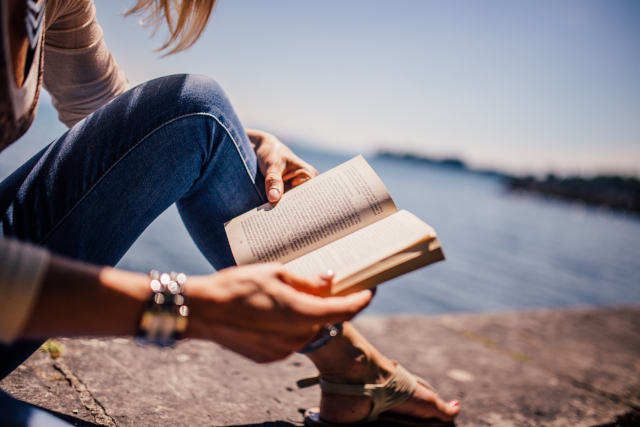 Our personal stories tend to become entangled with the grand narratives that shape and crystallize our social structures. These are the big stories that craft a system we are born into - and get caught up in. When we come into this world we are met with our first grand narrative of how things are. The story goes something like this: this is your hand, this is your head. Heads, Shoulders, Knees and Toes. And you are this name, this gender and ethnicity. As newborns we emerge and experience a non-conceptual, unbounded and magical world.  Babies do not distinguish between their own mouths and their mothers body. In this pre-egoic stage, young infants are one with all. As we grow, we develop a sense of self as the body and begin to develop an understanding that we are separate beings. The grand narrative of reality, duality and separateness continues to pervade our existence as we move into education. We are exposed to a curriculum and environment that tells tales of science, the chronicles of history and stories of what is socially acceptable and what is not. As we move further away from the field of now into a routinized state of doing, our personal story consciousness assumes this as the norm. Anything that slides outside of the big story of normality and reality becomes fearful, strange, broken. We forget who we are as our consciousness beds down into our first big story. And we become located in a confined body/mind which continues to be partly influenced by the grand narratives produced by institutions.

Religion, education, politics, the media, the economy – all are institutions that use big stories to crystallize the illusion of a material, dualistic reality, strengthening the characters that we identify as. Grand narratives are mass produced in various ways and are touted as truths that we must conform to. How does our personal story consciousness become intertwined with the grand narratives produced by society? Partly through language. Language plays an important part in conceptualizing our experiences. It is more than a system of sounds or coded symbols. Language is a social practice that formulates meanings, relationships, beliefs and value systems. Our stories are manifested through internal and verbal language use. As concepts shaped by culturally-influenced interpretations come together in a unified way, our stories emerge. Continuity in the form of movement and time provide the framing of our narratives. Language ensures the content. Institutional grand narratives contain rationale, logic and presupposed truths about the nature of reality. They use different linguistic tools to influence the effect their big stories will have on the many people they are told to. And the peddling of truth in grand narratives is achieved through something called ‘nominalization,’ the act of turning verbs into nouns, of making connected processes into fixed objects. The grand narrative of health nominalizes the suffering of people as ‘symptoms,’ rendering processes and the movement of energies as immovable things. It crystallizes the movement of thought (in psychiatry), of emotion (in psychology) of the body (in general health) into concrete, separate forms that are acting upon a passive recipient. This grand narrative soaks into our personal stories, holding us hostage by feeding our innate sense of vulnerability. And other external objects, such as medication, are to pull us further away from the hidden knowledge which lies beyond our personal stories and activates our self-healing mechanisms.

The big stories have a tendency to position people as things, like commodities (in the narrative of ‘the knowledge economy’) or lump individuals together into discrete groups such as ‘Republicans’ and ‘Democrats,’ as just one example. Grand narratives shape our sense of self and construct differences that feed our sense of separateness and fear of each other. So how do we unplug from the big stories? By firstly becoming aware of the movement and content of our own story consciousness. When we unravel from our persistent self-narratives that shape our realities and avoid the temptation to relocate too quickly into new stories, all stories become available for enquiry. This includes those on a collective scale that operate to produce, shape and sustain life in a way that is conducive to their institutional agendas. As we become more aware of our personal stories, the grand narratives are also seen for their dream-like qualities. Claims to truth can be put under the same spot-light we use when self-enquiring into the true nature of our self. Unplugging from the big stories becomes a natural unfolding as we relocate into our truer nature.

Donna Thomas has a PhD in Linguistics and Narrative from Lancaster University and is a social research consultant, exploring language in social life and how people use stories to make sense of the world. Donna was a lecturer in linguistics and research methodology until 2015, when she experienced an intense spiritual crisis, which led to a deeper realization of how stories birth our dualistic aspects and sense of separateness, and opened her up to the transpersonal realms of our being. She also trained in Shamanic Practice, Dream Therapy, Past Life Regression and Hypnotherapy as a means for exploring consciousness and supporting others through their crises of waking up. She is currently writing a book about her experiences ‘Story Consciousness, Spiritual Crisis and Relocating the Self’.