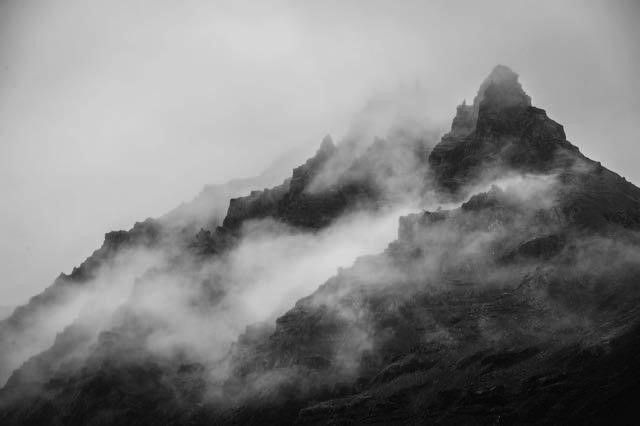 whatever is destroyed
is built again
in different shape or form
we are always born
of remnant thoughts,
of lingering desires,
forged anew in cosmic fire.

Life is a progressive, outward movement. It develops
like a flower blossom. From the bud, we can never
imagine its mature stage. In death, we go inwards.
Movement ceases. A time of rest and assimilation. 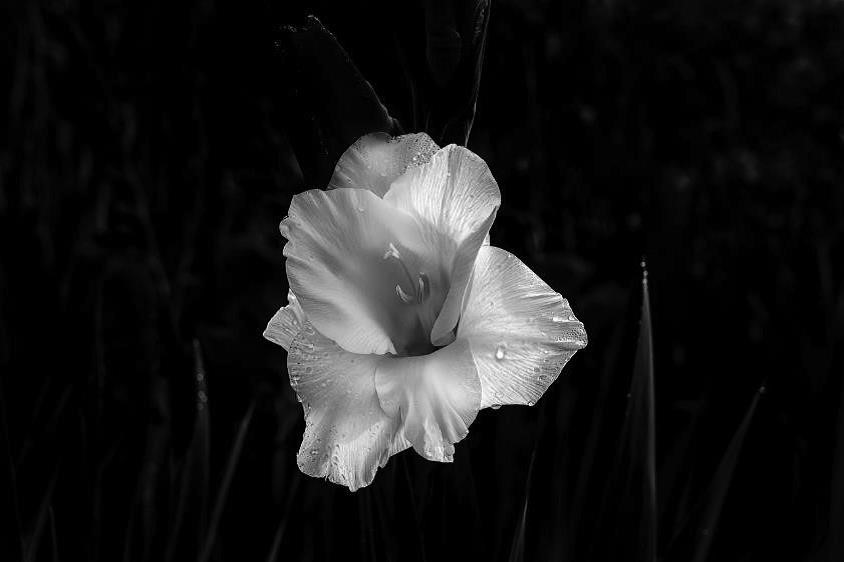 I am that space where
life goes forth her myriad motions
and death recedes with quiet devotion.

Our origins are shrouded in mystery. Only deep
silence allows the mind to penetrate behind the
movement and the noise of the world. Here, we
may get a glimpse of our infinite existence.

that forbidden sphere
no human gaze can peer
but only speculate
about our birthplace,
lingering silence opened
a window into space
when I came to see
that never was I not,
and never will I not be.

When we awake to the realization that the events in our
lives reflect our minds, the world becomes a mirror for our
growth. We are no longer separate. We no longer blame
others or depend on others. Instead, we take responsibility
for what happens to us. This is how we become truly free. 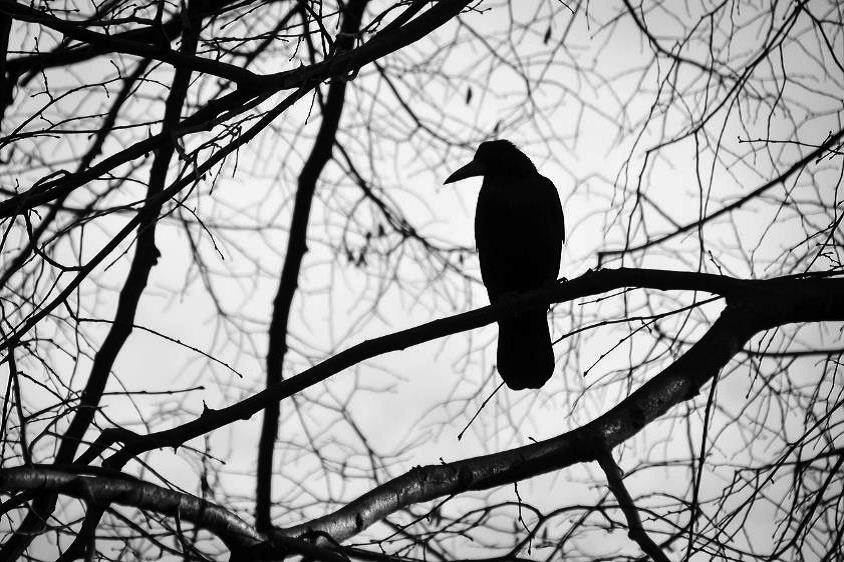 there is no one outside
to blame or to fight
the world is within you
each person, each event
a facet of your self
that yet remains to be embraced.
go deeper than the surface
recognize the voice that whispers
“Wake up! Wake up!”

Silence is fulfilling, rich and full of wisdom. Let the world
go on with its activity. It is in moments of silence and
doing nothing that we withdraw into eternal time. 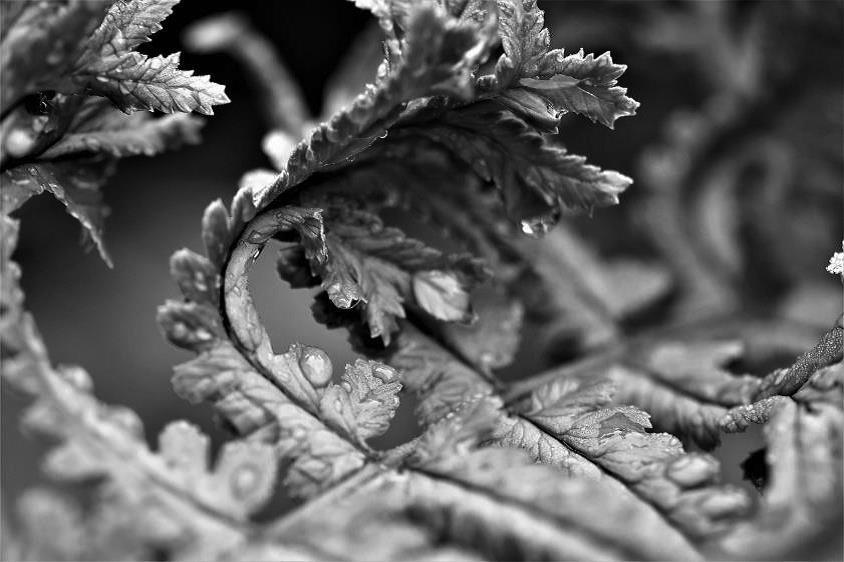 the soul holds stories of eternity
which it shares in moments of tranquility.

It is very easy to get entangled in life’s dramas, and
forget what we truly are. While the mind likes
complications, the spirit loves simplicity. 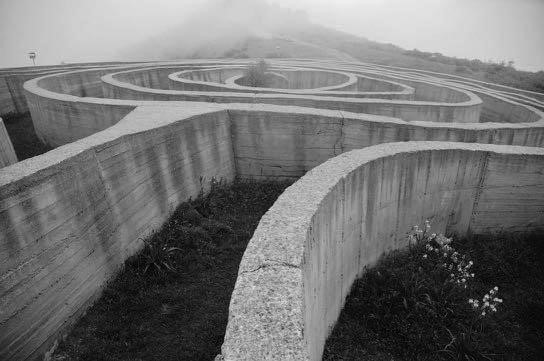 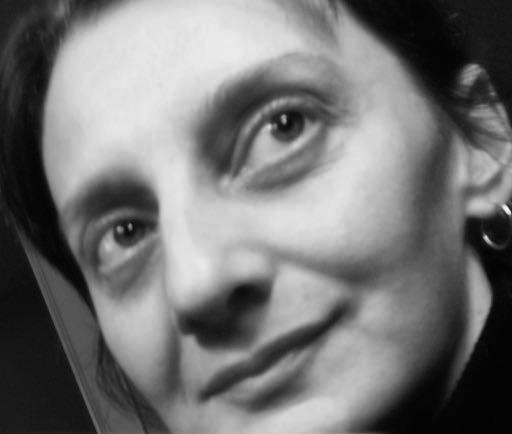 As a child growing up in Romania, I was captivated by a popular children’s story about a penguin named “Apolodor” who lived in Labrador. While this innocent little story made me dream of the rugged Canadian wilderness, I never imagined that my father (a geologist) would relocate our family to Newfoundland and Labrador during my teens. The Canadian culture, not to mention the intoxicating and pristine land, opened me to new ideas that were utterly unknown to my life in Romania.

During this time, I stumbled across a dusty, old yoga book and felt an immediate, strong connection. I diligently taught myself the postures while following the book’s focus on fitness and flexibility. However, I soon realized that those strange exercises were opening me to something unexpected—something beyond the mere physical. As I learned more about the philosophy behind yoga, I became mesmerized by the incredible stories of Indian yogis, with their mystical powers and their outlandish ideas of life and rebirth that made more sense than anything I had ever heard.

It’s been nearly thirty years, and I still continue my self-directed yoga practice. During the past ten years or so, this has included meditation, which has played a paramount role in my adult life. By silencing the ‘monkey mind,’ I have learned to access spaces that are free from self-identification. There, I can feel, and sometimes glean knowledge from what appears to be an inexhaustible ocean of intuitive inspiration that feels ‘true.’

As more insights started arriving from these spaces, I decided to scribble them on paper, in a manner akin to a dream journal. My musings eventually took the form of poems, which, thanks to the encouragement of friends and family, I am sharing with you now, even though I sometimes feel I’m more like their conduit rather than their author.

I sincerely hope my Butterfly Flutters make you feel as light-hearted and inspired as I felt when they arrived to me.

Monica is generously gifting her book to the SAND community. You can download it here by entering the promotional code QE97N

A duet of cello and birdsong

Spring stayed in hiding this year...