Can Inheritance of Trauma Be Reversed?

The effects of trauma and stressful events can last a lifetime. But research has also shown that these effects can be passed onto subsequent generations through non-genetic changes in the DNA, even when those generations are not exposed to the same stress. 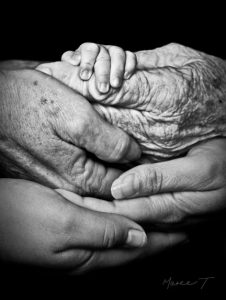 Now,  by researchers from the University of Zurich and ETH Zurich has shown that the transmission of trauma from parent to children, and even to grandchildren, is not inevitable. Providing an enriched environment can reverse some of the epigenetic changes that occur after the original trauma, leaving future generations free of the effects.

In people, traumatic experiences can lead to behavioral and psychological problems later in life. These effects have also been observed in the children of people affected by the trauma, even if the children have not experienced a trauma themselves. Traumatic events, however, can also increase a person’s resilience. This coping mechanism helps people when faced with a challenging situation later in life. Both these effects can be passed onto future generations.

Research has shown that mice respond in the same way — a traumatic experience can lead to negative or positive psychological changes later in life. In this study, the researchers tested how this passed to subsequent generations by exposing male newborn mice to unpredictable stress.

Many genes affect how the body responds to stress. In this study, the researchers focused on the gene for the glucocorticoid receptor (GR), which binds to stress hormones like cortisone. This gene plays a role in the rapid shut-down of the body’s stress response. It also helps the body adapt over the long run through the development of coping behaviors such as social avoidance.

The behavioral changes seen in mice exposed to trauma, and their offspring, were accompanied by greater activity of the GR gene and decreased methylation of the DNA promoter that activates this gene. The DNA changes were seen in both the sperm of the fathers and in the hippocampus of the offspring, the part of the brain that is involved in emotion. The changes, however, only occurred in male mice; the exact reason for this is not known. 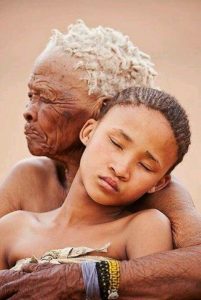 During methylation, methyl groups are added to the DNA without altering the genetic sequence. Methylation can occur at any time during life. If it affects the germ cells — sperm or eggs — the changes can be passed onto the offspring. When the GR gene is methylated, its activity is reduced. In this study, trauma led to decreased methylation, which allowed the gene to be more active and make more glucocorticoid receptors.

Some of these cross-generational effects could be stopped if the fathers were placed in a pleasant, enriched environment when they were adults and before they had children. This enrichment increased the methylation of some parts of the GR gene, both in the sperm of the fathers and the hippocampus of the offspring. The researchers do not know if these parts are the ones that directly regulate the expression of the GR gene.

The enriched environment provided access to water and food pellets, running wheels, a covered area for hiding and a maze. The regular cages of the mice lacked those stimuli. According to some studies, an enriched environment may also be beneficial for mice with other psychological problems and neurological diseases.

Previous research has found that the expression of the GR gene is altered by how much maternal care mice receive as infants. This study adds to that, showing that other factors — traumatic stress in early life or exposure to an enriched environment during adulthood — can affect this gene, as well. Additional research is needed to know whether altering the environment can undo the effects of cross-generational trauma in people, as well.