Are Emotions Hard-Wired or Constructed? 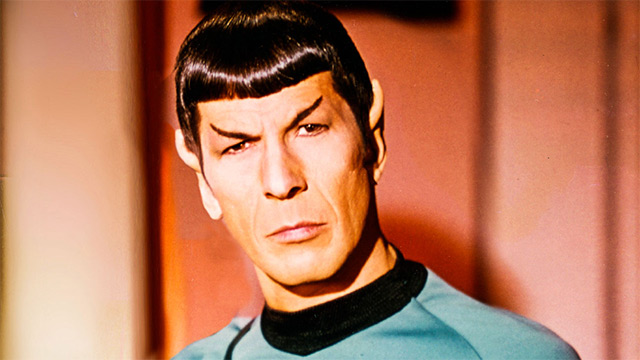 There’s a scene in the movie Star Trek III where Spock, a logical and rational Vulcan, is relearning how to be himself after having his mind transferred back into his body. His training involves answering rapid-fire questions about mathematics, science, and logic posed to him by an equally logical computer. Spock answers each question with ease and accuracy, until stumbling over what seems to be a fairly trivial question: “How do you feel?”

The computer repeats the question several times, stumping Spock each time. Finally, the reborn Vulcan’s mother—a human—intervenes and explains that because Spock is half-human, that question is one he should be able to answer. Spock’s mother apparently never read Daniel Goleman’s book Emotional Intelligence, which, when it was released two decades ago, changed how we think about emotions.

According to Goleman, everyone has a different capacity to manage their own emotions and those of other people—similar to how our IQs differ. So Spock’s human half might be naturally low on the emotional intelligence scale. Emotional intelligence is relevant to not just to sci-fi tests; it also impacts our interpersonal relationships, and our performance in school and on the job.
Much has changed in the psychology world, though, since Star Trek III was released. A newer version might show Spock not just trying to tap into hard-wired emotions, but instead gathering information about emotions—his own and others—and using that to predict future emotions.

One of the people who is spearheading this shift in how we see (or feel?) about emotions is Lisa Feldman Barrett, Ph.D., a professor of psychology at Northeastern University. Barrett has challenged two core assumptions of emotional intelligence—what she calls in a post on Nautilus  “one of the most cherished beliefs in Western civilization.”

Traditionally, emotional intelligence assumes that it is possible for people to accurately detect the emotions of others. This implies that happiness, sadness, fear, and anger all show up in the body and face, ready for you to pick up on them if you are sensitive enough. The second assumption is that events in the world trigger emotions automatically; rational thinking provides a way for you to control those emotions.

This description of emotional intelligence fits with what we experience in our daily lives. We often feel like emotions happen to us, driven by events or people in our life. The legal system even differentiates between crimes of passion (aka emotions) and pre-meditated crimes (aka reason).

Barrett writes on Nautilus that research—hers and others—shows that this is not how the brain works. For example, faces and bodies provide information to observers, but these cues cannot be consistently tied to a specific emotion.

Even within our own culture, emotions don’t always appear the same on different people—some people smile when they are happy, others cry; some people cringe when afraid, others laugh uncontrollably. Barrett also cites studies that show that muscular changes in the face and physiologic changes in the body don’t consistently correspond to emotions. Brain activity for emotions is just as varied—in the same person and between different people.

Barrett writes that what we think of as “detecting” someone else’s emotions is actually just “guessing” how they are feeling. These guesses depend upon the context, but are also informed by years of experience. Each time we encounter a situation where our guess about someone else’s emotions turns out to be wrong, our brain stores that information, using it later to make (hopefully better) predictions about future situations.

The second assumption—that we can control our emotions with the rational “side” of our brain—also falls short when you look at the scientific evidence. Barrett points out on Nautilus that “the brain doesn’t have separate processes for emotion and cognition, and therefore one cannot control the other.”

This parallels what research on the Polyvagal Theory  has found—that shifting out of the fight-or-flight response cannot be accomplished just by thinking it. You have to do things that change the state of the body, such as encouraging social interactions.

So you can’t think your way out of feeling angry or sad. But the good news is that emotion and cognition are not “locked in battle,” as many of us feel sometimes. So what does this mean for how we experience emotions?

Barrett provides an alternative, science-backed approach to emotional intelligence. This is based on a brain function called construction, what she defines as “the observation that your brain creates all thoughts, emotions, and perceptions, automatically and on the fly, as needed.”

Your body is adept at predicting what will happen next, and adjusting its predictions when new information becomes available. When people are talking, you often know what they will say next—based on context and years of language experience. But your body also predicts future physiological needs—like adjusting your blood pressure before you stand up so you don’t become light-headed and faint; or adjusting the level of water, glucose, and salts in your blood.

The “feelings” that we associate with emotions—the beating of our heart, the flush of our face, the sinking feeling in our stomach, or the constriction in our lungs—are no more than physiological responses to the environment. None of them have any inherent emotional meaning. But they are sources of information that your brain can use to construct emotions.
As your brain predicts the physiological changes that your body needs to survive, it also predicts the sensations that these changes would cause. It’s similar to how your brain can hear the sound of an apple crunching when you imagine biting into it.

“This constant storm of predictions—which occur automatically and completely outside of your awareness—forms the basis for everything you think, feel, see, smell, or otherwise experience in any way,” writes Barrett on Nautilus. “That’s how emotions, thoughts, and perceptions are made.”

Emotional intelligence, seen in this way, is the ability for the brain to predict which emotion best fits the current situation and create it using the physiological processes at its disposal. Barrett writes that this works better if you have a large number of emotions to choose from—like scowling, smiling, widening your eyes or stewing silently.

If your options are limited, then you will not only experience fewer nuances of emotions, but you will also perceive fewer ones in others. Emotional intelligence is like having a large emotional vocabulary—or what Barrett calls “emotional granularity”—at your disposal, not just for your own emoting, but also for reading the emotions of others.

According to Barrett, you can expand your emotional vocabulary. One way to do this is to learn new words for emotions. This could mean learning new shades of emotion. Instead of just “happy,” you might be “blissful” or “inspired”; and instead of “sad”, you might be “disappointed” or “dejected.”

If you want to be even more emotionally nuanced, you could draw words from other cultures. Like “schadenfreude” from German (taking pleasure in the suffering of others), the Japanese Shinrin-yoku (the relaxation gained from bathing in the forest, figuratively or literally), or the Inuit Iktsuarpok (the anticipation one feels when waiting for someone, causing you to keep going outside to check if they have arrived).

Barrett cites research by the Yale Center for Emotional Intelligence which shows that children who have a wider range of emotion words do better socially and academically. And adults with greater emotional granularity are healthier, visit the doctor less often, use less medication, and have shorter hospital visits.

This doesn’t mean your brain will no longer be guessing—or predicting—because it is always guessing. But having more emotional granularity improves your chances of guessing correctly.
The other side of emotional intelligence, writes Barrett, is knowing when not to construct an emotion If you are feeling overwhelmed or have a jittery feeling in your stomach, you might want to take a moment to decipher what that emotion means: are you really anxious, or just determined? It’s the same when interpreting the emotions of others: is your coworker in a bad mood? Or just hungry?