A World of Emotion 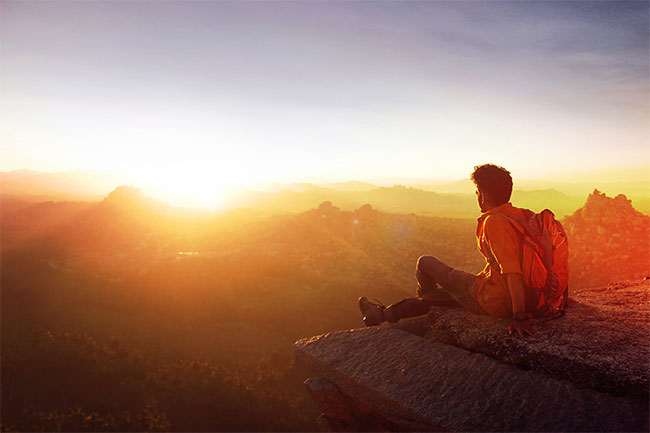 Say the above to anyone interested in any branch of spirituality and you’re likely to get a shrug and perhaps a retort along the lines of “Duh!” There are any number of different teachers and teachings, all explaining and describing it slightly differently, but most would agree with this statement and regard it as an obvious fact.

But what if I was to follow that by saying the energy you feel as emotion at any moment is the very same energy that is creating the physical situation that gave rise to it? Does that change the perspective of “everything being one?” Because that’s exactly what’s happening.

“There is no other.” That’s another regularly repeated statement. Likewise, “There is only This,” and “Everything is Self.” The examples go on. Mention emotion, though, and it tends to be dismissed as irrelevant, or at most accepted as a potentially useful tool for telling where some inner work may be required. However, the relationship between the emotion one feels as a disturbance and the physical environment is truly astounding. They really are one and the same.

How can one test this, and how does it help even if it is true?

Well, the next time you are unhappy or distressed in any way about a situation, I’d like you to try something. I’d like you to try staying conscious, aware of being aware, and resist the urge to become lost in the imagination related to the situation. Instead, hold the disturbance in your awareness, look at the situation mentally rather than becoming lost in the imagination, and stay with it. The pressure to go into the imagination, to become unconscious and lost is tremendous, and keeps building - but stay with it. Thoughts may even arise such as “This isn’t working! What’s the point? I may as well give up!” But as you stay with it and watch, one or more of the following three things will happen, and it’s so amazing that you’ll think it was a coincidence:

1) As you hold the disturbance, feeling like it’s never going to end, all of a sudden you notice it’s gone! How did that happen? What happened? Where did it go? And you look again at the physical situation and notice it hasn’t changed. But for some reason it just isn’t a problem any more. And, more so, the inner disturbance seems to have been replaced by a sense of peace, stillness, and a knowledge that all is well.

2) As you look intelligently at the situation, resisting with all that you have the urge to go into the imagination, gently you notice that you begin to see the situation slightly differently. You were so angry, or upset, but suddenly it’s not so bad. And perhaps a thought occurs to you that there is some action you can take, where before you had been convinced there was absolutely nothing you could do. Why hadn’t you seen this earlier? What’s changed?

3) The discomfort disappears, and all is well. And then you find the physical situation has resolved itself. It’s not as bad as you feared, or perhaps it’s now not going to happen at all. Wow, that was lucky! And again, what a coincidence! As soon as you came to terms and fully accepted without reservation what was deemed imminent, suddenly it’s called off.

Now, I’m going to explain this, and even amongst those who readily accept “everything is one” it’s likely to be a bit of a stretch, but bear with me…

In the conscious mind (and it is said that everything is consciousness), emotion as an energy can be felt because it is unconscious. Therapists talk of emotion being stored in the unconscious following every emotionally painful situation from childhood, and this accumulates over the years, re-emerging in each new (similar?) situation throughout one’s life.

What is not commonly known is that if the emotion is experienced consciously, it literally is dissolved as it becomes conscious. And that is why situations happen “outside,” - precisely to create the appropriate environment for the “bit” of emotion to come to the surface (to the conscious mind) and be made conscious. Of course what generally happens is we go into the imagination, thinking about the problem. It is not experienced consciously at all and, having been further added to, the emotion eventually retreats back into the unconscious to return later in another situation. (This is what we refer to as karma. The past emotion recreating situation after situation, over and over, until, finally, it is dealt with and properly faced.)

The more one can experience any emotion consciously, the more that unconscious energy is steadily diminished. One becomes increasingly conscious and self aware. Furthermore, as the unconscious emotional energy becomes conscious, there is less and less to create the physical problems in the first place, so life becomes a pleasure. Problems appear and disappear quickly, if they appear at all. Sometimes they never have to come to fruition, as the mere suggestion of an issue results in immediately facing and dissolving the emotion that arose just at the thought, and the physical situation never has to occur. “As within, so without.”

On a related note, many might ask why it is so difficult to remain conscious, perhaps regularly catching themselves drifting into the world of imagination and wondering why they can’t stop? Maybe you’ve been meditating for many years and yet still find you leave the peace and fullness of the moment and slip into this personal fictional place? Why does this happen?

The answer is of course the remaining emotion in the unconscious. It is responsible for the powerful need to get lost in thinking about a problem when one is faced with an issue. But it is also the same energy that is driving the thinking mind all the time when everything is relatively well. The energy needs to be expressed.

As we said at the top, “Everything is one!”