The Mystery of Consciousness

If you suffer a stroke in area V4 on the left side of your brain, you lose all perception of color in the right half of vision. You are otherwise normal. If a powerful magnet stimulates area V4 on the right side of your brain, you experience psychedelic colors in the left half of vision. Neural activity in area V4 is highly correlated with your conscious experiences of color. Neuroscience has discovered dozens of fascinating correlations between neural activity and conscious experiences. But no scientific theory can explain why. The relation between neural activity and conscious experiences is just as mysterious as the relation between rubbing a lamp and the appearance of a genie.

In this webinar, we discover why neuroscience has failed to understand consciousness. Neuroscience assumes that we see reality as it is, that space, time and objects exist even when they are not perceived, and that objects such as neurons have genuine causal powers. We discover, to the contrary, that evolution by natural selection shapes our senses to hide reality from us. Perception is not a window on reality; it is more like a windows interface on your laptop. Spacetime is your desktop, and physical objects, like apples and neurons, are simply icons on this desktop. Neural activity cannot cause conscious experiences, because neurons don’t exist when they are not perceived.

In short, this webinar explores:

We encounter fascinating examples of the correlations between neural activity and conscious experiences. We explore the best theories of consciousness that neuroscientists offer. We see how and why these theories fail.

Most neuroscientists assume that our senses evolved to show us the truths about reality that we need to survive. This assumption is false. We explore the logic of evolution by natural selection which shows that it is false. We discover instead that evolution shaped our senses to hide reality and provide us a user interface that guides adaptive behavior. Physical objects are icons of our interface, not preexisting realities. Neurons, in particular, are just icons and have no power to create conscious experiences.

Rumi said that “Silence is the language of god, all else is poor translation.” Are matters of the spirit forever beyond the ken of science? Or is this barrier an illusion, engendered by misconceptionsâthat science requires a physicalist ontology anathema to spirituality, and that the spiritual realm is impervious to the methods of science? In this nal webinar, we see how to forge a new scientic spirituality which addresses the big questions: Who are we? Why are we? 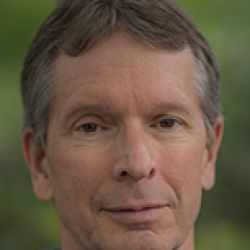 Donald Hoffman is a cognitive scientist and author of more than 90 scientific papers and three books, including Visual Intelligence: How We Create What We See (W.W. Norton, 2000). He received his BA from UCLA in Quantitative Psychology and his Ph.D. from MIT in Computational Psychology. He joined the faculty of UC Irvine in 1983, where he is now a full professor in the departments of cognitive science, computer science and philosophy. He received a Distinguished Scientific Award of the American Psychological Association for early career research into visual perception, the Troland Research Award of the US National Academy of Sciences for his research on the relationship of consciousness and the physical world, and the Rustum Roy Award of the Chopra Foundation. http://www.cogsci.uci.edu/~ddhoff/