The Enneagram: Type and Inner Witness

This webinar is tuned to the spiritual intent of psychological typology, a kind of secret entrance to the vertical ascent of consciousness, a forgotten ability to turn attention inward to recognize and relax conditioned ego patterns that are a source of suffering.

It seems so natural to recognize the patterns of our mind and to hear the self-reports of people who see the world differently. Yet that simple turn of attention that self-reflection requires marks a giant step in our evolving consciousness.

The first turn reveals our personality structure. We can witness our thoughts as we are thinking and tell them to someone else. We can notice emotions as they arise and describe them to others. We can also sense somatic contractions that govern the flow of our life force. Self-reflection reveals the conditioned patterns of type.

This natural ability joins two different levels of consciousness. The subjective level of automatic pattern played out in daily living. And the pure consciousness of an Inner Witness that perceives objective reality.

See a talk by Helen Palmer:

Part 1: The Enneagram: Type and Its Inner Witness

This webinar is tuned to the spiritual intent of psychological typology, a kind of secret entrance to the vertical ascent of consciousness, a forgotten ability to turn attention inward to recognize and relax conditioned ego patterns that are a source of suffering.

Part 2: The Enneagram: Our Evolving Consciousness

The Enneagram provides an elegant map of nine Type structures congruent with current neuroscience and psychological understanding. Brought to fruition by fourth century monastic reports of psychological barriers to a praying state of mind, the map was recently “re-discovered” as identical to nine psychological profiles used in spiritual direction and the counseling professions. The Enneagram’s enduring value lies in naming the cognitive/emotional structures that separate the duality of our personal story from the non-dual absorption of spiritual experience.

From an evolutionary standpoint we can learn to Witness our own psychological structure. We can internally notice cognitive patterns such as Doubt (type 6) Resentment (1) and Vanity (3) as they internally arise and before they fully engage. We can learn to relax emotional passions like Envy (type 4) Avarice (5) and Pride (2). We can locate and release somatic contractions that inhibit free flowing life force.

These emerging human abilities define our role in the evolutionary arc of consciousness. For who but ourselves can surrender our conditioned reactivity instead of acting it out? In this class we will undertake three enduring practices that bridge the gap between conditioned type reality and received spiritual experience: Presence, Negation, and Affirmative practice. We will alternate between a teaching about each practice and internalizing, to do the practice.

In the language of practice we relax attention to the patterns of our mind. Thoughts, emotions, sensations - objects of attention that are structured according to type, yet the pure consciousness that reflects those patterns as they arise makes prayer and meditation possible.

The Presence practice
This profoundly import practice allows us to relax conditioned patterns that obstruct received experience. The present moment is empty of past and future, allowing awareness to settle in the Now.

The way of Negation
There is impressive evidence based research surrounding the relaxation (negation) of cognitive/ emotional patterns that recreate type distress. The path of profound silence opens the way to transparency, an objective perception of reality as it actually is.

The Affirmative way
When the mind is settled and free of categories, single pointed attention to an imagined symbol of divinity is introduced. This involves a soft engagement between the witness and its object of attention. When the knower and the known unite, the symbolic impression is sensed and known in subtle centers of visionary, empathic, and felt sense perception. 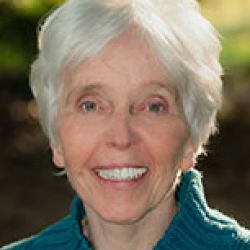 Helen Palmer is an international best-selling author with books in 30 languages. Her teaching reconciles psychological knowing with intuitive wisdom through a faculty of perception commonly called Witnessing Consciousness. In 1988 she and David Daniels, MD, co-founded Enneagram Studies in the Narrative Tradition, a school that unites personal and spiritual evolution. She currently teaches in the spirituality track. www.EnneagramWorldwide.com