Living From Our Deepest Knowing

As our self-inquiry deepens we gradually learn to embrace reactive feelings, somatic contractions, and uncovering our conditionings and inherited fears. Some of the questions explored n this 6-part webinar series are: 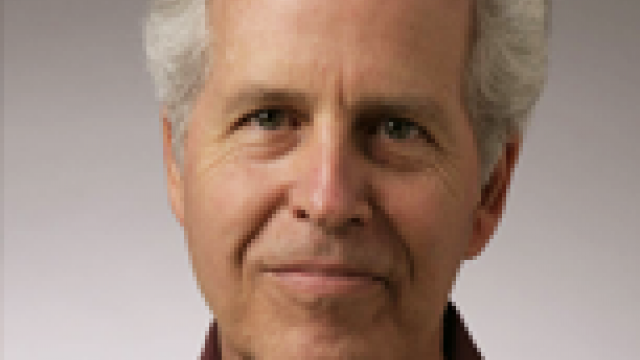 The mind is a useful tool and it is natural to use it to navigate practical life. However, it is incapable of leading us to a lasting inner peace and happiness. The essence of the spiritual journey is the shift of attention from the head to the Heart. This is an inner pilgrimage from ordinary thought to a heart-felt sense of inner knowing that also marks a radical shift away from believing and feeling that we are a separate-inside-self. We can sense our deepest knowing in the depths of our hearts at any time. However, as the noise of the conditioned mind lessens, it is easier to hear the signal of our heart wisdom and follow its guidance. It is one thing to uncover our deepest knowing. It is another to live in accord with it. It takes time for this knowing to transpose into our ordinary lives. It also requires an honesty and vulnerability – honesty in admitting our incongruities and vulnerability in living from openness and letting go of our old habits of control.
View Bio 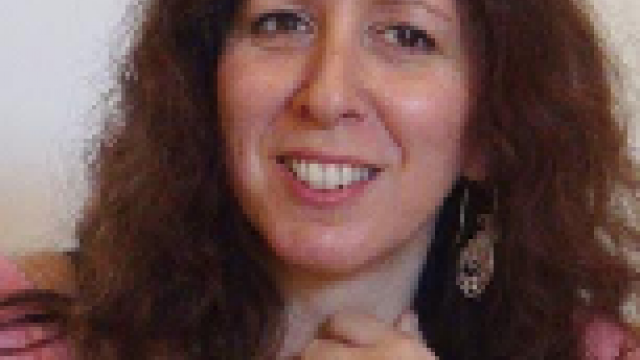 When you are trying to hold it all together and live as if you have some control over your life, it is all such an uphill struggle. When you are trying to fix it all, and make it all better according to how you think it should be, you will only fail again and again. Let it all fall apart, and see that this falling apart is the beauty and freedom of Life. There is no need to try to embody anything. Once you recognise yourself as Life itself, then you see that as a person, you are always an expression of Life as this never-ending unraveling mystery. 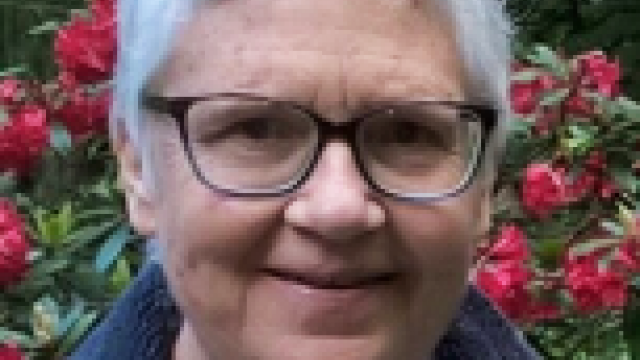 Awakening and its embodiment in everyday life can only happen Now. This is the single most important key to liberation. There is no end to Here / Now, and there is no end to awakening. When old, reactive patterns arise—when the inner weather gets stormy and difficult—this is not a personal failure. Some bodymind organisms have more stormy weather than others due to different conditions and life experiences. Comparing ourselves to others or to ideals of perfection only adds to our suffering. Counter-intuitively, being liberated on the spot begins with the complete acceptance of what is. We may discover that our apparent bondage has no real substance, and that there is no one to be bound or set free. 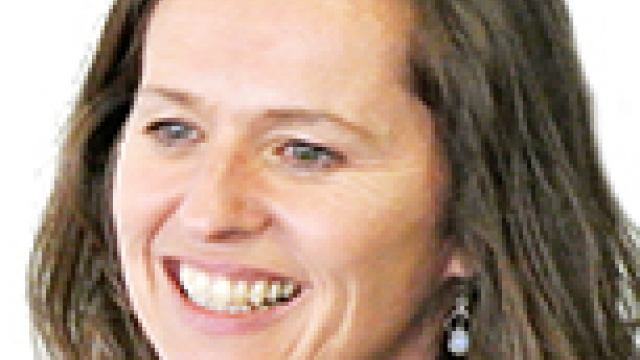 When we avoid doing the work of breaking up false beliefs and conditioning, we set ourselves up for a conceptual understanding of awakening. Embodied, authentic awakening is quite different to the conceptual or intellectual understanding. It requires wisdom and discernment to know when you have work to do on yourself and when you are better off leaving well enough alone. Let’s explore this territory and find out how to navigate a simple and authentic path to freedom. 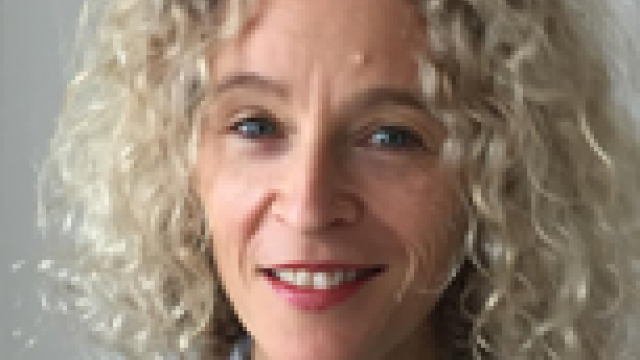 We will share an experiential meditation in which we welcome our felt experience of bodily sensations and feelings, having opened ourselves to the possibility that the reality of all experience (including the body) is not limited or separate. In this ritual, layers of conditioning, contractions, somatic habits of fear or agitation… are allowed to unravel in unconditioned openness and the perception of the body gradually begins to align itself to the truth of its origin and substance. Over time, the understanding that such explorations allow at the level of tactility and sensing, will overflow into our lives and permeate more and more corners of our experience.
The meditation will be followed by time for questions and for sharin 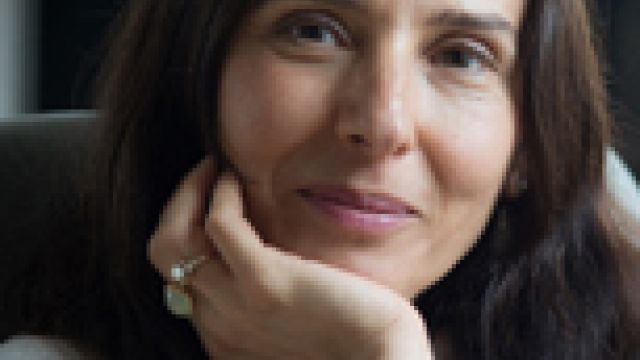 There’s a lot of talk – and often confusion – about the embodiment of awakening, but what does it really mean? Is it something that happens as a direct by-product of awakening or does it take time to mature? Do we have to work towards embodiment or does it happen spontaneously? This conversation will help to unravel some of the mystery and provide a framework that supports the truth of awakening to be lived in the midst of our everyday lives, especially within the often painful and messy arena of intimate relationships. Some of the pointers are towards radical honesty and open listening, exposure of the seeking mechanism, showing up (presence) and vulnerability, and collapsing the division between human relationship and spiritual practice.

Facilitated by Grace Bubeck. Grace Bubeck, PhD, has been offering live online retreats and conversations with non-dual spiritual teachers since 2013, as well as small online groups dedicated to inquiry and finding Love/Truth in the midst of everyday life. An academic philosopher by first career, she is also a psychologist and body-mind therapist (energy work, counseling). She has worked with people 1-on-1 and in groups for the last 20 years, helping them find ease and joy in themselves and in their lives. Her own spiritual journey has brought her to the undeniable reality and truth of Being, and she feels blessed to use all of her professional expertise and skills in the light of this discovery, in whatever new and mysterious ways this unfolds. www.living-from-love.com (online events); www.gracebubeck.com (professional website). 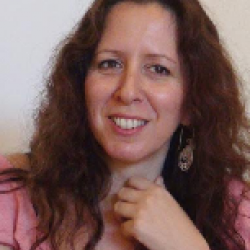 Ever since childhood, Truth was Unmani's only longing. She followed that longing all over the world. Unmani had several teachers, but the most significant was the German Zen master Dolano, in India.

In 2013 Unmani met the love of her life, the wonderful musician and courageous lover of life Robert Hanuman. They had a son called Sky. Becoming a mother deepened Unmani’s lived experience of the Truth in a very ordinary and grounded way. Then in January 2018, while in India, Robert Hanuman died from a sudden heart attack. Since then, Unmani has been sharing about grief and love, and how this heartbreak is also an endless heart-opening.

Unmani has been holding Meetings in Truth for 14 years. She meets each person in their personal experience, while at the same time holding them in the Absolute Truth of who they really are. This combination, and paradox, of the personal and impersonal brings depth, openness and healing to people’s lives. They wake up to who they really are, and discover how this is integrated into their daily lives.

Unmani is the author of I am Life itself and Die to Love and her 3rd book The Courage to Come Alive is soon to be published. 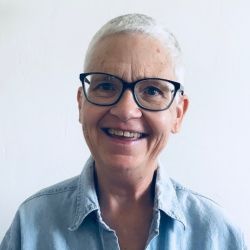 Joan Tollifson writes and talks about the simplicity of what is and being liberated on the spot. She has roots in Buddhism and Advaita but belongs to no particular tradition. She is the author of Death: The End of Self-Improvement; Nothing to Grasp; Painting the Sidewalk with Water: Talks and Dialogs about Nonduality; Awake in the Heartland: The Ecstasy of What Is; and Bare-Bones Meditation: Waking Up from the Story of My Life.  Joan currently lives in southern Oregon. 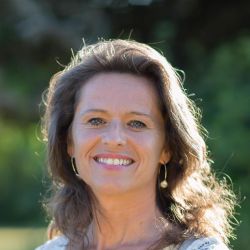 Jac O’Keeffe experienced a spontaneous, inner awakening in 1997. Her third eye opened, and her life dramatically changed course. She left a successful career pioneering community arts policy at the national level in Ireland to begin a substantial, healing practice, which progressed into residential retreats that explored the spiritual causes underpinning clinical depression. In 2003, she closed her practice, left her Western lifestyle, and eventually moved to India. Intense spiritual practice led to a two year period without thoughts. Spiritual wisdom developed, and Jac now guides others in her teachings and publications to transcend dual and non dual perspectives, and prepares spiritual teachers for liberation. www.jac-okeeffe.com 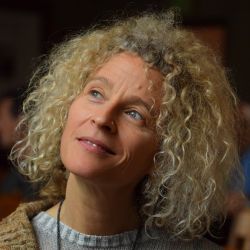 Ellen’s deepest intuition was confirmed when she met her teacher, Francis Lucille. In his presence, she recognized the eternal, limitless and universal nature of our shared reality. Over many years, her understanding deepened to touch all levels of experience. The process of aligning and stabilizing all aspects of her life to this understanding has continued to unfold since then.
As a child Ellen loved to move and dance. She knew without words the joy and limitless transparency that the body dissolved into when it was free and alive.
As an adolescent and young adult, she acutely felt and enacted suffering through her body.
Thus, the experience that we call the body has always been central to all of Ellen’s experiences, both in the ignoring and in the recognition of our true nature.
Today, Ellen offers meetings and retreats in The Awakening Body, sharing a direct exploration of reality sourced in the tradition of Kashmiri Shaivism and self-inquiry.
In addition, she has a private practice as a Psychotherapist, and facilitator of Authentic Movement. Her background of Dance-Movement Therapy and Transpersonal Psychology is shaped by the non-dual understanding.
Ellen lives in Oxford with her husband Rupert Spira, also a teacher in the tradition of non-duality. 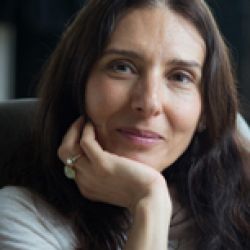 Amoda Maa is a contemporary spiritual teacher and author. After years of spiritual seeking, meditation, and immersion in psycho-spiritual practices, an experience of the dark night of the soul led her to a profound inner awakening. Then, after a long period of integration, she began speaking from silence in small gatherings. Today she offers meetings and retreats, and is a frequent speaker at conferences and events, attracting spiritual seekers and people looking for peace and fulfillment in an increasingly chaotic world. Her teachings are free of religion and tradition, and she brings to them a deep understanding of the human journey, born out of her own experience. Amoda Maa is the author of Radical Awakening and Embodied Enlightenment. www.amodamaa.com 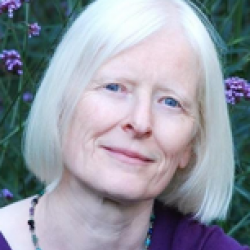 Grace Bubeck, PhD, has been offering live online retreats and conversations with non-dual spiritual teachers since 2013, as well as small online groups dedicated to inquiry and finding Love/Truth in the midst of everyday life. An academic philosopher by first career, she is also a psychologist and body-mind therapist (energy work, counseling). She has worked with people 1-on-1 and in groups for the last 20 years, helping them find ease and joy in themselves and in their lives. Her own spiritual journey has brought her to the undeniable reality and truth of Being, and she feels blessed to use all of her professional expertise and skills in the light of this discovery, in whatever new and mysterious ways this unfolds. www.living-from-love.com (online events); www.gracebubeck.com (professional website). 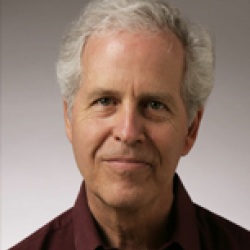 John J. Prendergast, Ph.D., is the author of In Touch: How to Tune into the Inner Guidance of Your Body and Trust Yourself (Sounds True, 2015) and the senior editor of The Sacred Mirror: Nondual Wisdom andPsychotherapy (2003) and Listening from the Heart of Silence (2007). He is also the Editor -in-Chief of Undivided: The Online Journal ofNonduality and Psychology at www.undividedjournal.com. He offers workshops, retreats, and several self-inquiry groups. He is a psychotherapist in private practice and a retired Adjunct Professor of Psychology at CIIS. www.listeningfromsilence.com