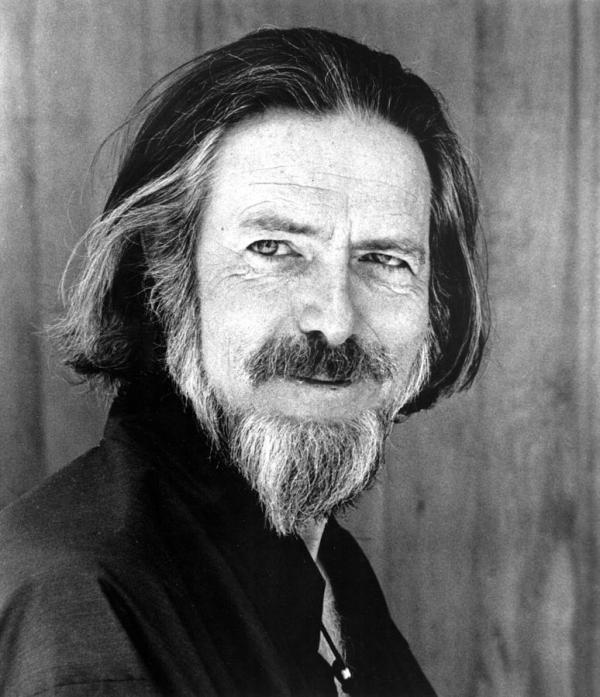 In this universe there is one great energy and we have no name for it.

People have tried various names for it like God, like Brahmin, like Tao, but in the West the word God has got so many funny associations attached to it that most of us are bored with it.

And that means that suchess comes and goes like anything else because this whole world is an on-and-off system. As the Chinese say, it’s the yang and the yin, and therefore it consists of "now you see it now you don’t, here you are, here you aren’t, here you are" because that the nature of energy to be like waves, and waves have crests and troughs. Only we, being under a kind of sleepiness or illusion, imagine that the trough is going to overcome the wave or the crest, the yin or the dark principle is going to overcome the yang or the light principle, and that off is going to finally triumph over on.

And we, shall I say, bug ourselves by indulging in that illusion. "Gee, supposing darkness did win out, wouldn’t that be terrible!" And so we’re constantly trembling and thinking that it may, because after all, isn’t it odd that anything exists? It’s most peculiar. It requires effort, it requires energy, and it would have been so much easier for there to have been nothing at all. Therefore we think "well since being, since the is side of things is so much effort, you always give up after a while and you sink back into death." But death is just the other face of energy and it’s the rest, the not being anything around, that produces something around, just in the same way that you can’t have solid without space or space without solid.

When you wake up to this and realize that the more it changes the more it’s the same thing, as the French say, that you are really a playing of this one energy, and there is nothing else but that that is you, but that for you to be always you would be an insufferable bore, and therefore it is arranged that you stop being you after a while and then come back as someone else altogether.

And so when you find that out, you become full energy and delight. And you suddenly see through the whole sham of things. You realize you’re that–we won’t put a name on it– you’re that, and you can’t be anything else.

So you are relieved of fundamental terror.

It means though that fundamentally deep, deep, deep down within you, you will be able to be human, in the pains, difficulties and struggles that naturally go with human existence.

But to have no hang-ups, that is to say, to be able to drift like a cloud and flow like water, seeing that all life is a magnificent illusion, a playing of energy, and that there is absolutely nothing fundamentally to be afraid of. Fundamentally.

But you will not be afraid of fear. Fear will pass over your mind like a black cloud will be reflected in the mirror.

(From the lecture called Zen Bones)

Dharma Art with the Wisdom of Thich Nhat Hanh

There are still several unanswered questions surrounding the relationship between trauma and Highly Sensitive People.