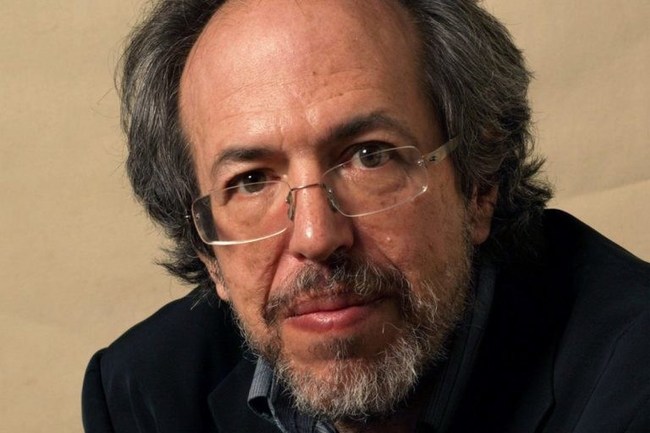 STAUTON, Va., July 31, 2019 /PRNewswire/ -- "Space is an illusion," says Lee Smolin, co-founder of the Perimeter Institute for Theoretical Physics, "but time is really real." Smolin is the author of the new book, Einstein's Unfinished Revolution, and the guest for a podcast that takes off like a particle accelerator and doesn't stop until what Smolin calls "The Completion" — the blending of Einstein's relativity theory with quantum mechanics.

Those are just some of the amazing revelations by a world-renowned physicist chasing the biggest breakthrough in modern science: the application of quantum mechanics to Newtonian reality. The 90-minute podcast is a trip through the history of science with an emphasis on particle physics. Guiding the discussion is host Jim Rutt, a co-founder of the Santa Fe Institute and Smolin's colleague.

In an interview that ranges from the outer edges of the multiverse to the inner particles of an atom, these are some of the topics covered on The Jim Rutt Show with Lee Smolin:

Lee Smolin is a theoretical physicist who has been since 2001 a founding and senior faculty member at Perimeter Institute for Theoretical Physics. His main contributions have been so far to the quantum theory of gravity, to which he has been a co-inventor and major contributor to two major directions, loop quantum gravity and deformed special relativity.

Lee also contributes to cosmology, through his proposal of cosmological natural selection — a falsifiable mechanism to explain the choice of the laws of physics. He has also contributed to quantum field theory, the foundations of quantum mechanics, theoretical biology, and the philosophy of science and economics. He is the author of more than 150 scientific papers and numerous essays and writings on science.

Lee also has written four books which explore philosophical issues raised by contemporary physics and cosmology. These are: Life of the Cosmos (1997), Three Roads to Quantum Gravity (2001), The Trouble with Physics (2006), and Time Reborn (2013). Most recently, he coauthored The Singular Universe and The Reality of Time with Roberto Mangabeira Unger.

This podcast originally appeared on The Jim Rutt Show

You can find the released podcasts of The Jim Rutt Show at JimRuttShow.com and detailed biographies for committed guests at jimruttshow.com/upcoming-guests/. The Jim Rutt Show podcast is available on Apple Podcasts, Google Podcasts, Spotify, TuneIn, Stitcher, iHeartRadio, PodcastApp, via RSS, or directly from JimRuttShow.com. The website has a complete collection of podcasts, including show transcripts, episode highlights, guest biographies, and links.