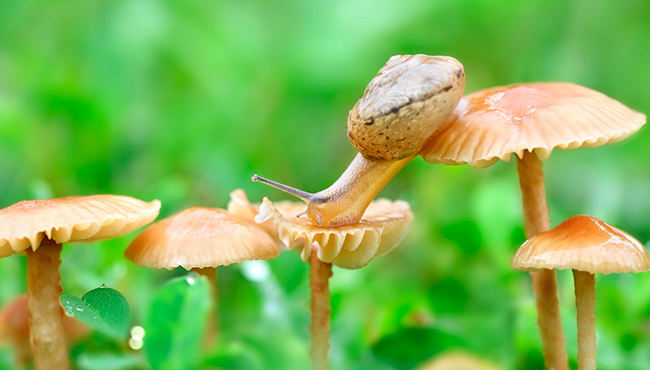 Psychedelic drugs alter consciousness in a profound and novel way that increases the breadth and fluency of cognition. However, until recently, scientists were unable to offer an explanation for how the brain was altered to account for these effects.

In a new study, published in Human Brain Mapping, researchers scanned the brains of volunteers who had been injected with psilocybin and a control group who hadn’t. Psilocybin is the chemical found in magic mushrooms which gives a psychedelic experience. These mushrooms are most typically found in tropical rain forests in different parts of the United States, Mexico and South America.

The researchers discovered two key things: (1) Psilocybin increased the amplitude (or “volume”) of activity in the primitive region of the brain which is  reliably activated during REM sleep or when dreaming, and (2) psychedelics facilitate a state of “expanded” consciousness – meaning that the participants under the influence of psilocybin had more uncoordinated activity and disjointed thinking in the areas of the brain that control self-consciousness.

Ego and emotion This finding of a similar pattern to dream activity is intriguing. While the psychedelic state has been previously compared with dreaming, the opposite effect has been observed in the brain network from which we get our sense of “self” (called the default-mode network or ego-system). Put simply, while activity became “louder” in the emotion system, it became more disjointed and so “quieter” in the ego system.

Evidence from this study, and also preliminary data from an ongoing brain imaging study with LSD, appear to support the principle that the psychedelic state rests on disorganised activity in the ego system permitting disinhibited activity in the emotion system. And such an effect may explain why psychedelics have been considered useful facilitators of certain forms of psychotherapy.

The researchers also looked at the range of connectivity configurations – or “motifs” – in the emotion system and found that a broader range of motifs emerged under psilocybin, and this effect began with the onset of the drug’s psychological effects.

This is an entirely novel analysis and its validity needs to be further tested – but it may offer an initial insight into the biological basis of the often described consciousness-expansion that is one of the hallmarks of a psychedelic experience.

Building a picture The research into the brain effects of psychedelic drugs began at the University of Bristol in 2009 and continues today at Imperial College London and Cardiff University.

Scientists were interested in the idea that psychedelics facilitate communication across the brain and, more specifically, how the default-mode network in the brain, arguably science’s best biological correlate of the self, normally works to constrain this.

The first study, published in Proceedings of the National Academy of Sciences in 2012, revealed decreases in brain activity after injection of psilocybin that were localized to the default-mode network.

This finding was exciting because it synched with the idea that psychedelics cause temporary “ego dissolution”, in other words – diminishing one’s sense of having a firm and enduring personality. New research adds to our understanding about how this happens.

Understanding the brain mechanisms that underlie enhanced cognitive fluency under psychedelics may offer insights into how these drugs may be psychologically useful, for example in helping patients experience an emotional release in psychotherapy, and also potentially enhancing creative thinking.