Why is There Something Rather Than Nothing? 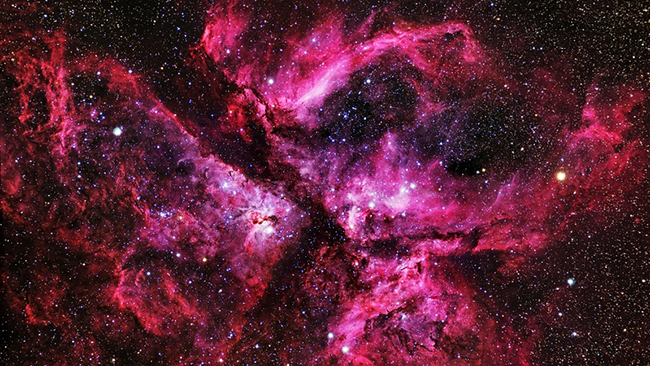 You are the infinite potentiality, the inexhaustible possibility. Because you are, all can be. The universe is but a partial manifestation of your limitless capacity to become… Beyond the witness there is the infinite intensity of emptiness and silence.
~ Nisargadatta

If you lay awake late at night, staring into a star-filled sky, and try to imagine Nothing, you might conjure up an image of empty space. But is that truly Nothing? Empty space is really just another container, like an empty cupboard. To get to Nothing, you have to take away the cupboard, and all the other containers, including space itself.

Definitions aside, why do we perceive Something instead of Nothing? For some philosophers, this is a question that — although it sounds perfectly logical — cannot be answered. It would sound something like ‘What is the color of the number three?’. For others, the answer is more simplistic (almost disappointingly so): if the current state of the universe is Something, then it must have been caused by the previous state of the universe, which was also Something.

The ancient Greeks tackled the question of Nothing by undoing its nothingness, filling it with an invisible ether. This concept persisted well into the 19th century, to be finally put to sleep by Einstein. But this sense of ether does continue in quantum physics as the Higgs field which, like ether, permeates the vacuum of empty space.

Empty space is marked by quantum fluctuations — which are basically effects without causes, primeval static, or Something appearing out of Nothing. Essentially, the universe is always being spontaneously generated, based upon our observations. So where is the Nothing that gives rise to it? Maybe we are living inside it, and from inside it looks like Something.

Moving back to philosophy, we can look at Nothing as simply Not Something. Seen this way, Nothing and Something exist together, like conjugate pairs in quantum physics — position and momentum, energy and time — with one becoming less clear as you observe the other.

Perhaps Joseph Campbell had it right when he talked about God as both transcending and pervading the universe, much the same way the Higgs field does. Perhaps Nothing/Something is a metaphor in the same way that God is, with each one coming at the same answer from different sides.

“God is a metaphor for a mystery that absolutely transcends all human categories of thought, even the categories of being and non-being.”
~ Joseph Campbell

Today we let go and be nerds...