“Who Am I?” Drives Streaming Media’s New Wave of Sci-Fi 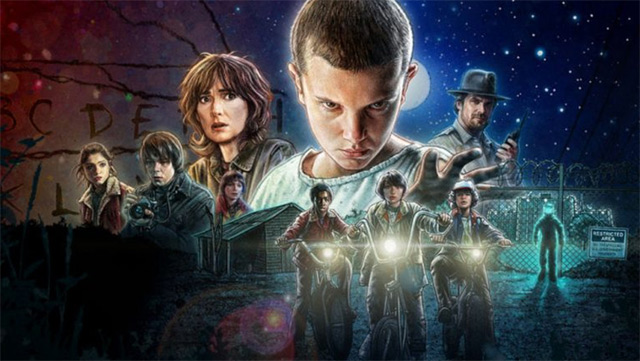 If the recent U.S. election – and the various “populist uprisings” around the world – didn’t convince you that human beings are undergoing a profound identity crisis, a series of new streaming series offer a vivid reminder. Each one wraps itself around the idea of alternative realities and splits in consciousness in their own unique ways.

“Sense8”: The most daring of the new programs, “Sense8” focuses on eight characters, born in the same moment in different parts of the world, who slowly discover that they are part of a rare genus of “sensates”: people who literally share another person’s consciousness (though in this case it’s eight others), an otherworldly ability that has caught the attention of some very bad dudes. From the creators of The Matrix trilogy and television’s “Babylon 5.”

“The OA”: This is the most complicated of the group, about a blind, orphaned young woman named Prairie who leaves the home of her adopted parents to find her father and returns seven years later with sight, strange markings on her back, and an even stranger story of being kidnapped by a conflicted, psychopathic scientist obsessed with NDEs (near-death experiences) and what they portend about the afterlife.

“Stranger Things”: This is an old-fashioned, well-executed monster story about a bloodthirsty creature that has kidnapped the young son of a frantic mother who alone believes the kid still survives in another dimension. Rogue dark operatives have been studying this dimension and the talents of a psychokinetic young girl are critical to the boy’s safe return.

“Westworld”: Based on the super-cool (and super-creepy) 1973 original starring Yul Brynner, this slicker and considerably more violent (and still creepy) update goes much deeper into the AI (artificial intelligence) playbook as it blurs the line between “real” and “simulated” humans and challenges our basic assumptions about human consciousness. Executive producers include J.J. Abrams (“Lost”) and Jonathan Nolan (“Memento”).

These shows are a metric for the shifting zeitgeist of the culture, reflecting growing receptivity to new ideas, to exploring within, to contemplating the “what ifs” on the frontiers of human consciousness and human evolution – honoring a long tradition of science fiction as divining possible futures and mirroring emerging presents.

And it’s not just the science and metaphysics – the “veils between worlds” motif – that sets these shows apart and makes you wonder about consensus reality. They are also pushing against the conventions of what it means to be human: physically, psychologically, philosophically, and even psychically. Borders are porous and identity is fluid: there’s a transgender character in “The OA”; queer couplings and empathic submersion drive “Sense8”’s normalization of outliers; “Westworld” forces us to consider the “humanity” of the androids and how less than human are the guests who abuse them – programmed, as they are, by the violent culture we have created and often denied. The major characters in all of these shows – even the droids! – are forced to go beyond the sense of “self” they’ve grown accustomed to as they seek a new ground of meaning, sometimes as witnesses and sometimes against their will. When Anthony Hopkins, who basically plays God as Dr. Ford in “Westworld,” declares that “there is no self without a story” and that consciousness is basically an illusion, he could have been lecturing about nonduality. It’s a brave new world . . . or worlds?

These shows’ ability to deliver a convincing narrative ultimately depends on the quality of the storytelling and so there’s plenty of emotion and character-driven drama. It usually works but sometimes doesn’t. The premise of “The OA” is arguably the thinnest and most drawn out, for example, and left viewers with a head-scratching finale; the sexual excesses of “Sense8” felt like an over-indulgence and a stand-in for cleverer ways to keep our attention; and the body counts in “Westworld” pile up in imaginatively grotesque ways. Still, the acting overall is generally solid and “Stranger Things” just won a Screen Actors Guild (SAG) Award for ensemble acting – to the surprise of many. “Westworld” has been the most decorated but each show has been nominated for various awards. All but “Westworld” (HBO) are on Netflix and all have been green-lighted for second seasons: “Sense8” will return on May 5; “Stranger Things” will be back next Halloween; return dates are still to be determined for “The OA” and “Westworld.”

Matthew Gilbert is founder/curator of Cinema Noēsis: Films for Evolving Minds, a website dedicated to reviewing new and recent movies, both mainstream and independent, that will change the way you see yourself or the world around you.