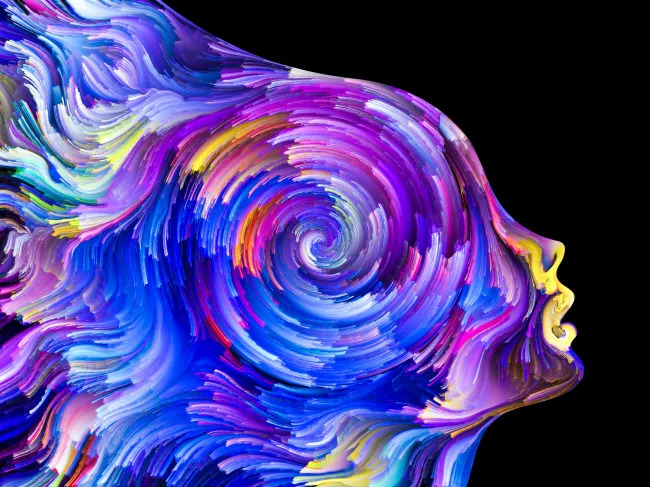 Humans once assumed our planet was the physical center of the solar system, so it's no surprise that we also think highly of consciousness, the apparently unique quality that allows our species to contemplate such matters.

But what is consciousness? The topic has been extraordinarily controversial in the scientific and philosophical traditions. Thinkers have spent an immense amount of time and ink trying to unravel mysteries, such as how consciousness works and where it resides.

The short answer isn't very satisfying. Scientists and philosophers still can't agree on a vague idea of what consciousness is, much less a strict definition. One reason for that is that the concept is used to mean slightly different things. Many experts agree, however, that conscious beings are aware of their surroundings, themselves and their own perception.

But the long answer leaves room for hope because researchers seem to be getting closer to an answer.

Contemporary researchers have shown they can use a brain-scanning technique known as functional MRI to detect consciousness by indirectly measuring blood flow in the brain, a process that may indicate which areas of the brain are more active than others. But, for millennia, there was no way to collect evidence of this phenomenon. That made the topic challenging for thinkers who prized rationality and methodical experimentation.

In the Western world, the Italian astronomer Galileo Galilei tried to push anything to do with consciousness outside of the realm of scientific inquiry. A generation later, French mathematician and philosopher René Descartes brought consciousness into slightly sharper focus with his argument that mind (or soul) and body are two fundamentally different things. This position is called mind-body dualism.

But that attitude has fallen out of favor, thanks in part to people like 19th-century biologist Thomas Huxley, who helped usher in the view that what happens in the mind is a result of material events happening in the brain. It's a perspective that's grown in popularity.

"The idea I hold is a physicalist view, that consciousness isn't anything special in the world," Schellenberg said. That makes it a lot easier to imagine that humans aren't alone in possessing consciousness.

"We write poetry and rabbits don't, as far as we can tell," she said. "So, it's a difference of degree, not of kind."

Peering across the tree of life

"Almost everything you can say about [consciousness] is kind of BS," said Joseph LeDoux, a professor of neural science and psychiatry at New York University. "The only way to describe it is in terms of what it is and what it's not."

When comparing human consciousness to that of other animals, LeDoux finds it productive to look at neuroanatomy. For instance, humans are unique in having a highly developed frontal pole cortex, a part of the brain that researchers have connected with the ability to know what's on one's mind. That’s an important aspect of consciousness by just about every definition. While non-human primates can’t boast this late-model region of the brain, many of them do have other evolutionarily recent additions to the brain, such as the dorsolateral prefrontal cortex. It’s been implicated in consciousness, and humans have one, too. For instance, this brain region is associated with working memory in humans, according to a 2015 review in the journal Frontiers in Systems Neuroscience.

"We know other animals probably have something [like consciousness], but they don't have what we have because we're different," because of these differences in neural anatomy, according to LeDoux, who wrote "The Deep History of Ourselves: The Four-Billion-Year Story of How We Got Conscious Brains" (Viking, 2019).

"People get all upset when you say that ... but no one confuses a chimpanzee with a human," he said. The cellular and molecular makeup of a chimp causes it to look and act differently from humans, so it stands to reason that the same kind of differences would cause chimpanzee consciousness to be different, too.

Some researchers take things a step further, holding that consciousness is a property of matter so fundamental that even an electron is conscious to a certain extent, a position known as panpsychism. Christof Koch, president and chief scientist of the Allen Institute for Brain Science in Seattle and a proponent of panpsychism, wrote in Scientific American that "any complex system ... has the basic attributes of mind and has a minimal amount of consciousness in the sense that it feels like something to be that system."

Could Danger Be the Reason?

Schellenberg said she thinks that a lot of animals have consciousness because "anything that feels pain ... is conscious," she said, noting the opinion is controversial.

Similarly, LeDoux thinks that avoiding danger is an important function of consciousness and possibly the reason it exists.

"All of our mental states, emotional states, are not inherited from animals. They're cognitively assembled, based on our knowledge of all we've learned about fear and danger through our life," he said. Human brains organize reams of information into schemas that serve as "the template of your conscious experience," he said.

For her part, Schellenberg doesn't think consciousness is the be-all, end-all question that it's made out to be.

"I'm one of the people who think consciousness isn't that interesting compared to why our mind and brain can do what it does," Schellenberg said. "The brain can, with multiple exceptions, do its job regardless of whether it's in a conscious state or not."