What Does Being Transgender, Intersexed, Lesbian or Gay Have To Do With Spirituality Anyway? 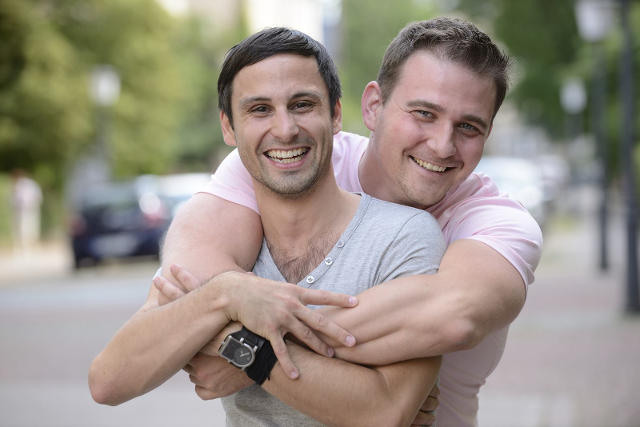 In so many ways, I believe we must find a way to come to balance and integration in our Western society and adapt a spirituality that is appropriate to our time and context in the world, socially and culturally, psychologically and spiritually. We who are LGBTQI persons (Lesbian, Gay, Bisexual, Transgendered, Queer or Intersexed) , who occupy an alternative sexual and gender identity because of our particular biology and psychology, are called to help guide this process along in our own peculiar way. In that journey and process we do not necessarily need to reject spirituality or religion altogether. But we do need to reject the patriarchal, mysogyny and sexism that has defined virtually all religious hierarchies and structures, both in the East and the West from time immemorial.

In the biblical Judeo-Christian mythical account of creation found in the Book of Genesis, God creates the heavens and the earth, the oceans,  plant life, fish, birds and animals before he creates human beings from the union of Spirit with the clay of the earth (Genesis 2:7). God created humankind in the divine image … both male and female (Genesis 1:27). So God as Creator is both father and mother. God is both male and female. God is fully androgynous……God is therefore trans-gender if you will……beyond and transcending and yet including, all gender categories. It is also interesting to note that much of our genetic code is shared by the other life forms on this planet. This fact underscores our fundamental connectedness with the whole of creation and the need to develop a consistent life ethic, a respect and reverence for all life in all its stages and forms. This “interbeing” of earth-connectedness parallels the core concepts held by the so-called primitive spiritual worldviews that include Traditions like, Taoism, various forms of Shamanism, and the Native American cultures. It is the key to understanding spirituality. It is also a fundamental part of Jesus’ teachings, life and example.

The central message of Jesus is to love God as the universal Source/Father/Mother of all that is, and to love God as manifested in all beings, and to love God within the unique personal manifestation of ourselves. In a very real sense we are all extensions or expressions of God. And as such, we are intimately connected to all aspects of God’s created universe. Each human person is a unique and gifted creation of God, and each singularly contains and expresses the Spirit of God. Therefore, all persons, since they live and move and have their being in the Spirit of God or Source, should be treated with reverence, dignity and respect. We are meant to be as we have been created. Each of us has the potential to add value to the human community into which we have been born. We have been created by God to cooperate with Her/Him in finishing the work of creation here on Earth. Each of us is a beloved child of God, and each of us will ultimately consciously return to God.

I believe that we LGBTQI persons can be considered to be special gifts of God not in spite of, but precisely BECAUSE we are different and don’t fit within normally accepted societal gender or sexual attraction categories. We have been rejected by the leaders of most organized religions. Simply to survive emotionally and spiritually, we have been often forced to look more deeply into the meaning of life than the average person who fits in more easily. Our rejection by mainstream religions causes many of us to question the basic tenets of these religions in order to determine what fits for us and what does not. Though not always, this in turn can sometimes result in a higher level of spiritual consciousness. The average church or temple member rarely challenges the doctrines and dogmas of the faith or culture into which he or she has been born. Because our very survival depends on it, we who are different must question all these things. As survivors of this painful process, we are perhaps better able to tap into the true nature of God/Source/Consciousness, and the intended relationship of humanity with this absolute Reality. If accepted by the main body of religion, we could act as a leaven to raise the spiritual consciousness of humanity. Unfortunately, most religious leaders and others who enjoy positions of power within society don’t embrace criticism or any other form that questions or challenges their authority and assumptions. Our mere existence as LGBTQI persons is often perceived as somehow threatening to the existing order. We are subject to ridicule, hostility and sometimes outright persecution. Most hope we will simply disappear. And many of us do disappear through suicide or attempts to force-fit ourselves into established gender stereotypes. I myself attempted for many years to excise my feminine side, to stuff myself into a fixed male role that I never really fit into.

I choose now to fully honor who I am and aways have been. This is not about trying to find some kind of solace or deliverance from a life of miserable “gender exile”, as seems to fill the imagination of some who have no sense of what it really means to be intersexed or transgender as I am….It is about integrity and authenticity. It is simply time to be me…….nothing more, nothing less

I know this will not be an easy path…no authentic path ever is…I know I will be misunderstood and judged by some….But my options are limited. Based upon medical and psychological testing, reflection on my own personal history, psychotherapy, and prayer, I believe I am fairly well out on the transsexual end of the transgender continuum. Many who are like me have chosen to live out their lives as more completely female, some opting for sex reassignment surgery and intense hormone replacement therapy, some not. I now know many who have chosen these respective paths and I see myself as fulfilling the former. It is the right and honest thing for me to do. There is a deep peace in this decision.

I feel that I and all LGBTQI folks, are called, by our very existence in the world,  to openly challenge the teachings and attitudes of spirituality that serve to enslave both men and women of whatever gender identity and sexual orientation, into rigid gender roles and categories that prevent them from fully embracing both the male and the female aspects of their souls, that prevent most from becoming whole and integrated in the true image and likeness of an androgynous, trans-gender God. I believe this can be done best by living a meaningful life of integrity and dignity and service in the world, through education by one-on-one engagement and discussions with people who are willing to open their hearts and minds.

In my view, it is important that some of us be willing to put a face on gender non-conformity by very openly, publically, and honestly, embracing our reality as LGBTQI persons.

‘The gift you have received, give as a gift……” [Matthew 10:7-8] Living our lives as authentically as we can is our gift to the world.

If we are open and authentic about who we are, no matter who or what we are…….then, based upon the model of Jesus’ life, we can expect persecution. “Blest are those persecuted for holiness’/wholeness’ sake; the reign of God is theirs. Blest are you when they insult you and persecute you and utter every kind of slander against you because of me (the Christ principle within). Be glad and rejoice, for your reward in heaven is great; for they persecuted the prophets before you in the very same way.” ~from The Sermon on the Mount

If we accept the heart essence teachings of Jesus and the model of his life, we must also be willing to be patient and to avoid direct and aggressive confrontation with our enemies in spite of oppression. “But I say to you, love your enemies, and pray for those who persecute you …” ~Matthew 5:44. I have felt for some time, that we need as many LGBTQI “Gandhis” as we can muster right now!

After all, our enemies, too, are filled with the Spirit of God. We have a right as beloved children of God to exist on this planet … but so do they. We can afford to be generous because ultimately, we know that we bear the beloved God’s call within our very souls, to just be who we are…….and we have the courage to answer that call…What else could we possibly do?

Francis Bennett was a Roman Catholic, Trappist monk for a number of years. He lived in two monasteries of the Trappist Order in the US and was also a member of an urban, contemplative monastic community originally founded in Paris, France in 1975. He has lived in France at several monasteries, including Saint Gervais et Protais in Paris, at Mont Saint Michel along the coast of the English Channel and in Canada at a small monastic community in Montreal Quebec. He received a five and a half year monastic/spiritual formation with the Trappists before he made his vows as a monk at Gethsemani Abbey in 1982. He graduated from the Pontifical College Josephinum with a BA in Philosophy and completed a two year residency in Clinical Pastoral Education with Ohio Health Hospital System in Columbus, Ohio. He has worked in ministry in the area of pastoral Care in the hospice movement, as a hospital chaplain and in pastoral care of the sick and dying in parish settings. http://findinggraceatthecenter.com/