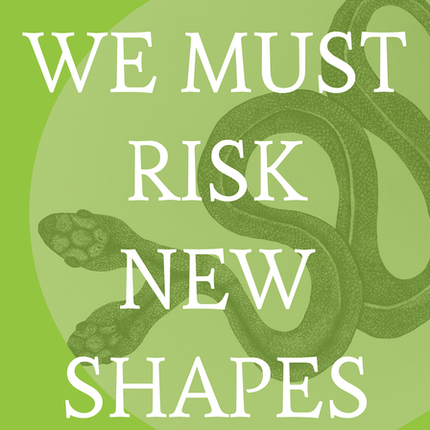 The shore is a snake-skin of shifting viridescent sheen. The tidal pool’s green liveliness signals sun hunger. Convula roscoffensis, otherwise known as mint-sauce worm, is a phototropic being, no longer dependent on oxygen to live. The worm eats the sun through the photosynthesizing algae Platymonas that has infiltrated and stained its sheer flesh permanently green. The fusion of worm body and plant hunger so confounded the Englishman J. Keeble, who first identified them, that he dubbed the worms “plant-animals”. He called this fusion an “infestation” and parasitism. But, as we learn more and more about our own reliance on our microbiome, and the ways in which symbiosis drives biological novelty, the antagonistic terminology of parasitism and infection seems less and less applicable to these intra-bodily negotiations. 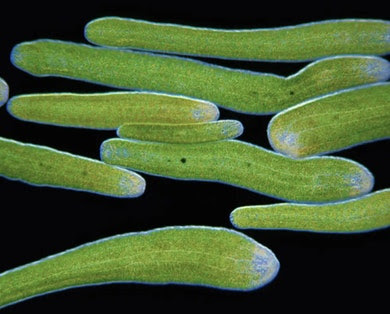 What is happening between the worm and the algae? The algae live in the worm like an ecosystem, repurposing the uric acid produced as waste by the worm into their own nourishment, dying and lovemaking and community building all within the bounds of another body. These algae, then, leak their own photosynthetic nourishment into the body of the worm, allowing the worm to subsist on translated sunlight. So tightly coupled is this relationship that the worm’s mouths have atrophied and are no longer used following the hatching of the worm larva. The mouth, then, is a symbol for a more desperate time. The time before union. The time when the worm was just a worm, nothing else.

When do you like your body? “i like my body when it is with your / body. It is so quite new a thing. Muscles better and nerves more,” writes the poet E. E. Cummings. Many of us like our bodies best as hybrid. Body plus lover. Body plus baby. Body plus huge body of water. We forget that it is not the wings of the bird that allow for flight, but the bird plus the lifting air. Where does flight live? In the wings or the air? Or interstitially – between the two? Our bodies become pleasurable, become livable and lovable, not alone but through material interaction. Isn’t it strange, then, that the thing we fear most medically and personally is physical trespass? We fear the infection, the parasite, the physical breach. Body-plus is the calculus that allows for pleasure and flight and birth and digestion but it is also the opening into more ambiguous communions. Those with long term illness and with a legacy of trauma understand that hybridity is not something you order off the menu. It arrives and makes a home in your body. Suddenly you are more than you ever thought you could be, in ways both terrifying and curious.

I am reminded of my favorite mythic couple: Tristan and Isolde. “They who were two and divided became one and united. No longer were they at variance…They shared a single heart. The two were both one in joy and sorrow,” writes Gottfried von Strassburg in his 13th century version of the Tristan and Isolde romance. The two lovers, initially divided by the sea and by conflicting loyalties, suspended in a boat between their warring countries, are alchemically fused by accidentally ingesting a love-potion. I have long loved Tristan Isolde and its many textual variations. And I have always felt that the romance, although superficially heterosexual, is decidedly non-heteronormative. Lichenized. Across different versions of the legend, the lovers are not portrayed as practicing courtship or as falling in love. Instead, they are fused. Chemically bonded. And, afterwards, they are not a couple. They are a single being, that for the sake of narrative tension, gets stretched and twisted only so that it can violently, dramatically, snap back into its original cohesion. “A man, a woman; a woman, a man. Tristan, Isolde; Isolde, Tristan,” Gottfried writes, suggesting that what has been created is not a romantic union, but a single, poly-gendered, multi-named entity. 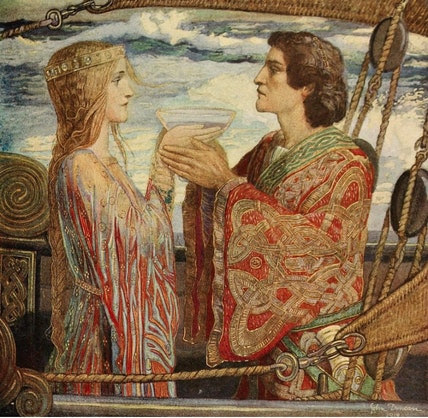 In an age when the Eurocentric fiction of individuality has deranged our ability to tend to the environments within which we are embedded, it seems important to soften our boundaries: intellectually and bodily. Horrified in the wake of two world wars, poet George Oppen mused, “Obsessed, bewildered / By the shipwreck / Of the singular / We have chosen the meaning/ Of being numerous.” Perhaps, realizing that we are constituted by webs of relationship, we must see the singular human species as a sinking ship. We must jump overboard into “being numerous”. Into being other species. Into being quite differently.

Our very nucleated cells are the product of an ancient intra-bodily merger between two bacteria. Evolutionary biologist Lyn Margulis upended linear narratives of evolution when she demonstrated that we are the product of a transversal intimacy – the symbiogenetic fusion of two different prokaryotes. She wrote, “…in the great cell symbioses, those of evolutionary moment that led to organelles, the act of mating is, for all practical purposes, forever.” While we may congratulate our prokaryotic ancestors on their risky decision to half digest each other’s bodies, I can’t imagine the original union was comfortable.

But as species die out by the hundred every day, we may need to fuse our bodies to other bodies. Symbiosis is often a survival tactic: species impinged by climatological pressures and scant resources try to eat each other, fail, and at some point, along the way, begin to co-become. The narrative is neither neat nor heart-warming. It is fraught and it often fails. But the other option is starvation and extinction. The singular species is a shipwreck. Symbiosis is always a risk. And it has a cost: the shape you recognize. The familiar boundaries of your own mind.

Life is a process of addition. A concatenation of matter. Even your solitary self must inhale air. Where does life live? In the air or your lungs? In a time when safety has become the goal of psychology and political discourse, paired with the talismanic abstraction of boundaries, I want to offer that becoming new is never safe. Survival is never safe. It is always a breach. A break in the skin. It is a leap across the abyss. It is the moment you leap into another body.

I am interested in the material incursions that are irreversible. That stain me green. That atrophy my mouth. That teach me how to eat sunlight. How to survive at all costs. Here world, let me burn the bridge to my old body on my way into your body. I am ready to risk new shapes.

Photo by Mihály Köles on Unsplash