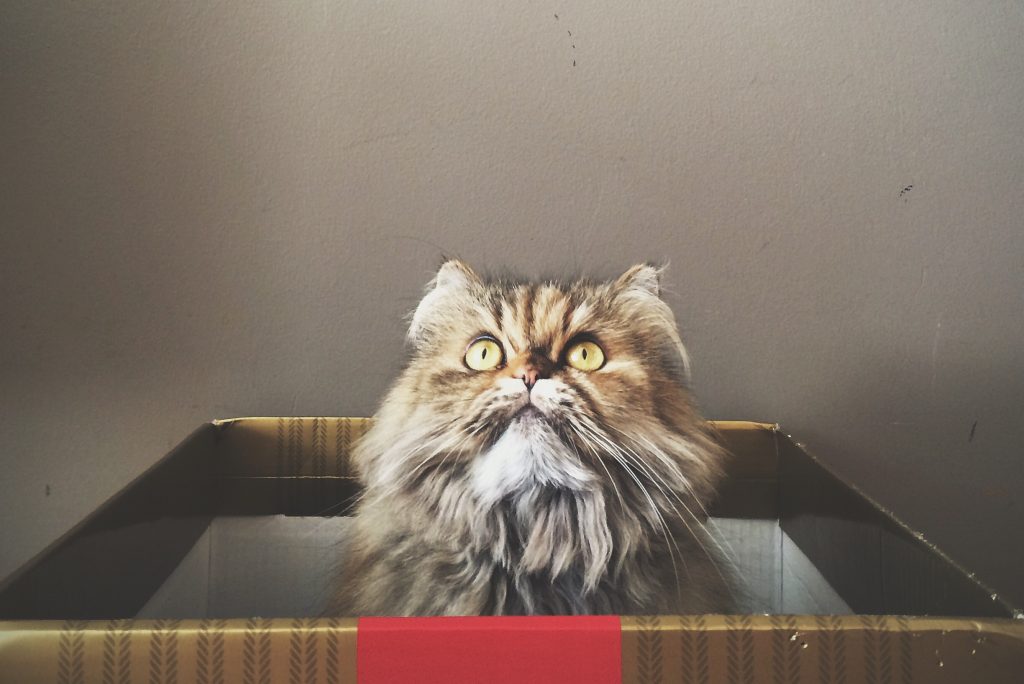 Physicist Neils Bohr once said, “Anyone who is not shocked by quantum theory has not understood it.” A new version of Erwin Schrödinger’s famous cat-in-a-box thought experiment, though, shows that lack of understanding and shock can sometimes go hand-in-hand.

In Schrödinger’s 1935 scenario, a cat is placed in a box with a poison that is released based on a random event, such as the decay of an atomic nucleus. Until the experimenter opens the box — aka makes a measurement — the state of the cat is uncertain.

In quantum physics terms, the system is in a superposition of two states — “undecayed nucleus/living cat” and “decayed nucleus/dead cat.” Until the box is opened, the cat’s state can only be described in terms of probability, what’s known as its wavefunction.

When the experimenter opens the box and observes the inside, the wavefunction collapses. The cat is now in a definite state — dead or alive. If the measurement were made again immediately afterwards, it would yield the same value. This is easier to imagine if you are measuring the position of an electron, which, like the cat, exists in a cloud of uncertainty (described by its own wavefunction) until measured.

The new thought experiment [https://www.nature.com/articles/s41467-018-05739-8] was described September 18 in Nature Communications by Daniela Frauchiger and Renato Renner of the Swiss Federal Institute of Technology (ETH) in Zurich.

They take Schrödinger’s experiment one step further — actually, several steps further, building on a version of the experiment proposed in 1967 by Hungarian physicist Eugene Wigner. The latest version replaces the cat/box set-up with four scientists and two boxes.

One of the assumptions of this thought experiment is that all four scientists can use their knowledge of quantum theory to predict the outcome of measurements made on any system around them. So their conclusions are all based on the same theory.

In one of the boxes lives a scientist, let’s call her Alice. She randomly prepares the spin of a particle (such as a silver atom). This could be done by tossing a coin or by using some more complex process. She then sends the information about the particle’s spin to a second scientist, Bob, living in the other box.

Bob is able to measure the vertical polarization of the atom, but he has no access to the result of the coin toss (or other randomizer). Using his knowledge of quantum theory, though, he can predict whether the coin had come up heads or tails.

The two other scientists are outside these boxes — they’re basically experimenters experimenting on the experimenters inside the boxes. When they open their respective boxes, they can measure that system. Using their knowledge of quantum theory, they can also predict the results of the coin toss.

The Nature website has a good diagram of this experiment, using cat-scientists as the experimenters.

After running through this thought experiment, Frauchiger and Renner found that in some cases the outside-scientists can conclude with certainty whether the coin came up heads or tails. But sometimes their predictions contradict each other. This suggests that quantum theory also contradicts itself … at least occasionally.

This experiment also raises questions of how far up into the macro-world quantum theory applies. Much of quantum theory has been applied to the quantum world, such as entangled particles or the Heisenberg uncertainty principle. But does it also apply to larger objects, such as scientists living inside a box measuring things?

For now, Frauchiger’s and Renner’s experiment remains in the realm of thought. One problem with putting it into practice is that you would need to be able to measure all of the quantum properties of Alice and Bob, who are part of the systems monitored by the outside-scientists. Physicists might be able to use quantum computers to run this experiment, but even those aren’t developed enough to handle this set-up.

In spite of that, physicists are heatedly debating this experiment, drawing many different conclusions about what it means for quantum theory.

Nature reports that some physicists suggest that the problem may lie in how Bob interprets the message sent by Alice — something gets lost in translation. At least one physicist, though, is okay with the inconsistent results — mainly because accepting contradictions is easier than accepting that quantum theory doesn’t apply to people and other complex objects.