Thermodynamics at the Quantum Realm 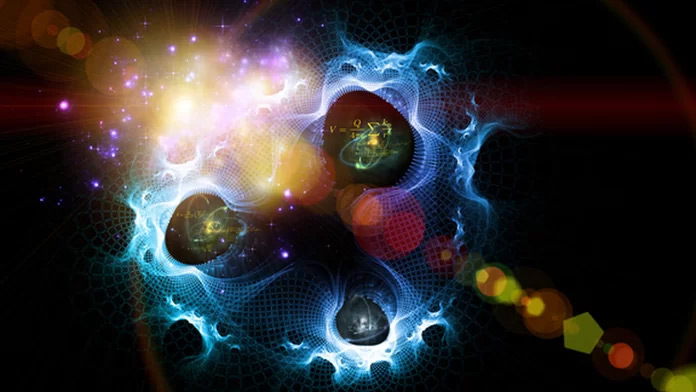 The laws of physics that govern the quantum world are often remarkably different from the classical laws that determine what is and isn’t possible in the macro world. So it should come as no surprise that some quantum physicists think that the laws of thermodynamics — which define the behavior of large numbers of particles — may operate differently in the quantum realm.

Quantum thermodynamics is a relatively new field. In the 1980s, physicists first started to ponder whether thermodynamic quantities such as heat and temperature would still make sense in quantum systems. The field dragged along for many years, but picked up about a decade ago as physicists started to try to combine thermodynamics and existing quantum theory.

This has led to not only a number of theoretical models, but also a few recent laboratory experiments with possible practical applications like faster-charging quantum batteries. These advances are outlined in a recent article in Nature.

One of the key goals of the field in recent years is finding the point at which the classical laws of thermodynamics no longer accurately describe the behavior of quantum systems. For example, in classical thermodynamics, temperature depends upon the state of many particles in a system. But as you move toward smaller systems with fewer particles, this concept makes less sense. A single particle, for example, has no temperature according to classic thermodynamics.

As with other areas of quantum physics, recent experiments in quantum thermodynamics have turned up some unusual behaviors, at least compared to what goes on in the macro world.
Last year, a group led by Tobias Schaetz, a quantum physicist at the University of Freiburg in Germany, found that under certain conditions magnesium ions trapped in a crystal don’t form a thermal equilibrium with their surroundings. This goes against what happens in larger systems — an apple pie fresh out of the oven and left on the stove will eventually reach the same temperature as the kitchen air.

In the experiment, published in Physical Review Letters, the ions in the crystal switched back and forth between two states based on the direction of their magnetism — ‘up’ and ‘down.’ According to standard thermodynamics, as the ions cool down by interacting with surrounding molecules, the switching should slow down. This is similar to what occurs as the molecules of a hot apple pie cool down by interacting with molecules of the cooler kitchen air.

This is not what happened in the experiment, though. The oscillations of the ions did stop, but only for a few milliseconds. Then they began switching back and forth between the two states again. The researchers think that the vibrational mechanical energy released by the ions — known as phonons — bounced off the edge of the crystal and returned to the ions, which started up the oscillations again.

In another experiment, Oxford researchers built a quantum heat engine using a diamond that contained defects created by nitrogen atoms. Heat engines convert thermal energy to mechanical energy by exposing a substance to a higher temperature — in this experiment, a laser — and then a lower temperature.

If the green laser is pulsed, instead of continuous, some of the electrons will move to the highest energy state. But other electrons will exist in both the intermediate and ground states — a quantum superposition. These electrons can drop faster to the ground state, which means they should emit microwave photons more quickly than they would otherwise.

In a preliminary analysis of the experiment, which has not yet been peer-reviewed, this is what the researchers saw. Physicists are not sure why this happens. They also point out that the experiment doesn’t produce more energy from the system, just a faster release of the microwave photons.

These experiments represent an important step forward for the field. They may also one day have practical applications for technology. Understanding how thermodynamics works at very small scales could help scientists develop better batteries, refrigeration methods, and quantum computers. Right now the field of quantum thermodynamics is hot, but whether it can retain its thermal momentum remains to be seen.