The threat of panpsychism: a warning 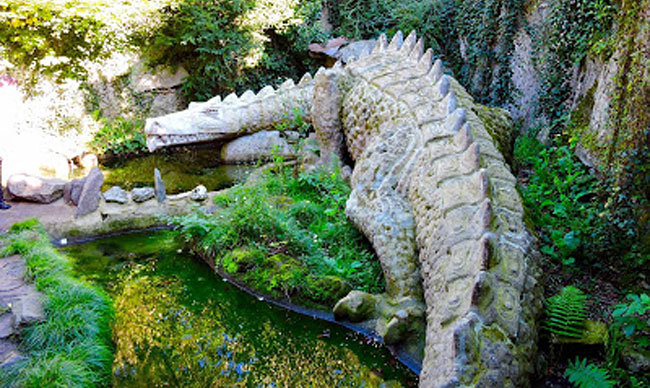 I feel increasingly concerned about what I believe to be a mounting and extremely dangerous cultural threat looming on the horizon: panpsychism, the notion that all matter has consciousness, as opposed to being in consciousness. At a historical nexus when new data and more critical thinking are finally rendering materialism logically and empirically inviable, panpsychism comes in as a tortuous but seductive bandaid. It threatens to extend the delusion of a universe outside consciousness for yet another century. In this essay, I’d like to try and raise the alarm about it.

The meaning of the term panpsychism

Before we begin, let’s clarify what I mean by panpsychism. As discussed in the Stanford Encyclopedia of Philosophy, the term ‘panpsychism’ has so many possible interpretations as to render it at best ambiguous and at worst useless. So more must be said. What I specifically mean here are two particular interpretations of the term that I believe are gaining momentum in both academia and the culture at large:

: consciousness is just one more irreducible property of matter at a subatomic level, just like mass, charge, spin and momentum are also fundamental properties of subatomic particles. In other words, all matter has consciousness at a fundamental level. Matter, however, remains the broader and more primary matrix of reality.

A more technical discussion of these interpretations can be found in this paper by philosopher David Chalmers.

The motivations for the rise of panpsychism

Our mainstream cultural view is that of philosophical materialism: the notion that the real world consists of matter and energy fields allegedly outside, and independent of, consciousness. Supposedly, it is particular arrangements of matter in this objective world, in the form of biological brains and their respective metabolic activity, that somehow generate consciousness.

A key problem with materialism, however, is that it has been unable to explain, even in principle, how arrangements of matter can possibly generate subjective experience. This is known in neuroscience and philosophy of mind as the ‘hard problem of consciousness,’ which one of my readers cogently discussed in an earlier essay. The problem is so disconcerting that some materialist philosophers even try to absurdly deny the very existence of consciousness, the sole carrier of reality anyone can ever know. I discussed this appalling philosophical abomination in an earlier essay and, more extensively, in my new book Brief Peeks Beyond.

Now, as also discussed in Brief Peeks Beyond, the inherent contradictions and in-your-face absurdities of materialism are rendering it untenable in the present historical nexus. In other words, reason and observations are pushing materialism to the breaking point. This is a unique opportunity for our culture to finally recognize and revise its delusional way of looking upon reality and our own nature, the implications of which, as discussed in this essay, could be enormous.

But here is where panpsychism raises its head as the greatest threat on the horizon: it provides an easy escape route for the materialist. It magically ‘solves’ the hard problem of consciousness simply by declaring consciousness to be either an irreducible property, or the intrinsic nature, of matter. This way, it maintains our present delusion that matter – either in substance (Interpretation 1) or in structure (Interpretation 2) – is the primary aspect of reality. It threatens to usurp from us the unique opportunity we have today to face and correct our delusional worldview. It threatens to deflate all momentum currently building up towards a more truthful ontology. If the interpretations of panpsychism discussed above end up sticking, we will be in for another century of madness. May this essay help raise the alarm against this danger.

Why panpsychism isn’t Idealism or Nondualism

The body of my work is a defense of what in the West is called the philosophy of Idealism. In the East, essentially the same view is entailed by the philosophies of Nondualism. According to this view, all reality consists in excitations of consciousness, there being no need to infer a material world fundamentally outside consciousness. As such, reality is akin to vibrations of a ‘membrane’ of pure consciousness, an idea indirectly corroborated by M-theory. The intricate patterns and regularities of these vibrations are the universe around us. Yet, in the same way that there is nothing to a vibrating membrane but the membrane itself, there is nothing to the universe but consciousness itself. The universe is a behavior of consciousness, not an ontological entity outside and independent of consciousness. I recently summarized this view in a brief essay that can be found here.

However – and to my horror – my ideas sometimes get conflated with the interpretations of panpsychism discussed above. So before I discuss my argument against panpsychism, I want first to make clear how the latter differs from Idealism/Nondualism.

Because of this misattribution, Interpretation 2 entails that consciousness is fundamentally fragmented, atomized, and that the complex inner life of human beings is built bottom-up, through an entirely unexplained aggregation of separate bits of consciousness. This is contrary to the key notion of Idealism/Nondualism that consciousness is unitary and essentially undivided. In my work, I call this unitary consciousness ‘mind-at-large’ (in honor of Aldous Huxley, who first used the term in the 1950’s). Many in Nondualism call it ‘Infinite Consciousness,’ or ‘Cosmic Consciousness,’ or ‘Brahman,’ etc. In all cases, the idea is that consciousness is fundamentally one. As I discuss in Brief Peeks Beyond, the appearance of individual, separate psyches arises from a process of dissociation of mind-at-large, analogous to how people with Dissociative Identity Disorder (DID) exhibit multiple, disjoint personalities that are often unaware of each other. This way, separate personal psyches are illusions arising from top-down dissociations of mind-at-large, as opposed to the bottom-up aggregations of ‘bits of consciousness’ entailed by panpsychism. This difference between panpsychism and Idealism/Nondualism is critical: the former proposes fragmentation as the fundamental reality, while the latter proposes unity, fragmentation being just an illusion arising from dissociative processes.

Both interpretations of panpsychism imply that every inanimate object has its own subjective inner life. In other words, they imply that there is something it is like to be your home thermostat, or a chair, or a rock. This is not implied by Idealism/Nondualism, which state that all objects are in consciousness, not that all objects are conscious. I discussed this difference in this essay and, more extensively, in Brief Peeks Beyond.

Idealism/Nondualism are not panpsychism. Indeed, in many ways these are even opposite worldviews.

As I wrote in my earlier book Why Materialism Is Baloney,

The problem with panpsychism is, of course, that there is precisely zero evidence that any inanimate object is conscious. To resolve an abstract, theoretical problem of the materialist metaphysics one is forced to project onto the whole of nature a property – namely, consciousness – which observation only allows to be inferred for a tiny subset of it – namely, living beings. This is, in a way, an attempt to make nature conform to theory, as opposed to making theory conform to nature.
You may claim that it is impossible to assess whether an inanimate object, like a thermostat, is really conscious or not. This is true: we cannot even know for sure whether other people are really conscious, since it is impossible for us to gain access to the inner life of someone or something else. For all you know, everyone else is just a kind of sophisticated biological robot, completely unconscious, but manifesting all the right conscious-like behaviors out of complex calculations.
Still, the point here is not what can be known for sure, but what inferences can be justified on the basis of observation. That’s all we can hope to accomplish when developing a worldview. And we can infer that other people are conscious. After all, we observe in other people, and even in animals, behaviors that are entirely analogous to our own: they scream in pain, behave illogically when in love, sigh deeply when lost in thoughts, etc. We explain our own manifestations of these behaviors based on the firsthand knowledge that we are conscious: you know that you scream because you actually feel pain. So it is reasonable to infer that other people, who are physically analogous to you in every way, manifest those same behaviors for the same reason that you do – namely, that they are also conscious. Were it not to be so, we would need two different explanations for the same types of behavior in entirely analogous organisms, which is not the simplest alternative.
Therefore, there is indeed good empirical justification for the inference that other people and animals, and perhaps even all life forms, are conscious. But there is no empirical justification to infer that inanimate objects, which manifest no external behaviors that anyone could possibly relate to one’s own inner experience, are conscious in any way or to any degree whatsoever. As such, the only possible reason to believe in panpsychism is to make materialism work. (Pages 19-20)

The panpsychist implication that all inanimate objects – as well as all combinations and permutations of objects and parts of objects – have their own separate inner life is:

Something that is unsupported by evidence, unfalsifiable, unnecessary and inflationary might as well be discarded in an ontology. Therein lies my argument against the two interpretations of panpsychism discussed here.

It is true that Idealism/Nondualism imply that the universe as a whole has subjective inner life; in other words, that there is something it is like to be the whole universe. This is discussed in more detail here. But attributing inner life to parts of the whole – unless one can infer dissociation from the observation of behaviors and metabolic activity – is a mistake of categories. It attributes to a part, without empirical or logical grounding, a holistic characteristic that can only be inferred for the whole.

Panpsychism, according to the two interpretations of the term discussed in this essay, is fundamentally different from Idealism/Nondualism. Moreover, it doesn’t stand to logical and empirical scrutiny as Idealism/Nondualism do. It doesn’t even stand to subjective introspection: spiritual traditions in both East and West have always insisted that consciousness is, at bottom, one. Indeed, these traditions directly contradict the notion that consciousness is fundamentally fragmented and scattered. That panpsychism today often passes for a more scientifically-consistent form of Idealism/Nondualism is a dangerous confusion that, if left unchecked, threatens to perpetuate our delusion. Most worryingly of all, this confusion seems to be common even in Nondualism circles.
(A follow-up essay has been published here.)

The article was originally published here.  The above was Updated June 1 with a revised version from the author.

Coronavirus—During This Time,
Let us Act with Love

The first question is always “Who am I in relation to the current situation?”