The Tao of Jazz 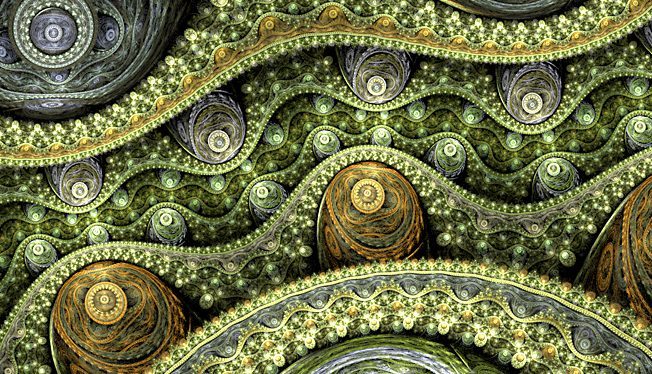 Music is created from energetic patterns of tonal and rhythmic interval. It is the ratio of these intervals that creates the coherent patterns that we know as melody. By defining and giving name to such patterns, we constrain them by our belief and time-bound language to be what we call “form,” yet these melody-painted intervals are as timeless as a mathematical equation, a Louis Armstrong cadenza, or a Bach fugue.

Since the 1960’s I have played the old style New Orleans jazz. Today as the Blackwater Band we still enjoy playing regularly. Our music is based in, yet stretches the boundaries of, traditional “classic” jazz. Out on a gig, our particular style of musical entertainment often draws comments such as “I don’t like jazz, but I like your music,” or “I didn’t know jazz could be so much fun!”

Sometimes I am asked why we won’t supply recordings of our music. My answer is almost invariably the same. “Our music is like cloud patterns. It exists in its own existential moments. Once played, we and the music move on.” Traditional jazz, like many folk genres, expresses a multi-way relationship between an unfolding silence painted into tension by music, the instrumental voices of the band, the overall “sound” and the audience. In the moments of unfolding melody, the patterns evolving as wordless “thoughts” of musicians and audience arise from the intervals that are painted into patterns that exist independent of time and history. Such patterns, be they expressed as music weeping like an Andalucía gypsy lament, or the trickling sand patterns of a Navaho sand painting, flow to be existential expressions of, and in, their own moments. It is only when we record such improvised expressions into language or other media that we draw them into time.

We live in an energetic world continually being created from the harmony of complimentary relationships. In the everyday world, because it suits the way that we think and thus our expectation, we have a model of a world that is made up of particles. From the atoms and molecules of our human frame to all else that is the universe, we see a world of discreet things in space and time affecting other things. Even a thing which we know is not a thing, we nevertheless define and verbally refer to as a thing to suit our way, or method of thinking.

To suit the grammar of our thought, an event such as a lightning strike, or an electric field, or a magnetic field, is thoughtfully and verbally given the status of a definite article, as if it existed in space and time just like a piece of music. Underpinning this system of grammatical definition is an ancient view that allows us to regard the world as being made up of things, definite articles that are moving through both space and time from a beginning towards an end.

It is patently obvious that everything is a state of flux, everything is the expression of cycles of fluid processes. Nevertheless, we impose a metaphysical belief on those fluid processes, that through our definition arbitrarily fixes and objectifies the subject of our interest into a continuous particle-like thing in space and time.

A musical crescendo, a lightning bolt, or even what we call you or I, is logically and empirically the expression of a process of relationships. Both music and mathematics express no more than the logical timeless ratios of intervals. These intervals and relationships exist independent of, and apart from, everyday diachronic time. If we could send a manuscript of sheet music through a black hole to emerge in another universe, and if the dots on the lines were recognized as tonal intervals, a Bach fugue, or whatever those intervals express, could live again.

We are so used to focusing on noise and movement that it’s almost as though we have lost the ability to consider stillness and silence. In our social setting the clamor of the noisy yang, masks the essential yin of silence, to the point that we tend to ignore the silent majority.

Our normative way of speaking and thinking, de-focuses our attention on what’s between, and on the ratio of intervals that creates what we call things. This in turn impoverishes our way of thinking and thus our ability to understand the nature of relationships. If we regard things in themselves as expressions of energetic relationship, it is not a big step to see everything as a manifestation, or harmonic-expression of energy that, like a melody or an ocean wave, rises and decays to its own rhythms.

Many bands in the traditional jazz genre have historically been led by the trumpet. The trumpet is the lead instrument which states the main theme or melody, and the side front line musicians, clarinet and trombone, harmonically fill-in and rhythmically counterpoint the gaps left in the statements of the lead instrument. Everyone contributes to the sound; the guitar or banjo states the chord progressions, which are the architecture of the tune, and the bass augments and counterpoints the guitar or banjo. The best drummers are seen but not heard, yet rhythmically enhance the sound. The focus is on this overall sound, whose volume is adjusted to the quietest instrument. The essential feature of this music is that the gaps, intervals and tensions are of equal importance to the musical statements that paint them.

This isn’t the 1920s orchestrated razzmatazz jazz, or a showcase for virtuosity. It is the much gentler music of a collective. There aren’t many trumpet players who are sympathetic to our style of jazz, so Blackwater Band runs without a trumpet, and we allow either the trombone or clarinet or sax to take the lead. Because of the size of its tubes, the voice of a trumpet is brighter and shriller than that of a trombone, so the trombone must play in a different pitch or key, usually higher. This in turn means that the ratios of intervals between all the notes need to be altered to the new pitch to maintain the coherent integrity of the tune. It is this idea of intervals giving form and shape to a tune which is why in jazz we try to balance intervals with harmony to preserve the unfolding tensions of the music.

“Thirty spokes share the wheel’s hub.
It is not the centre hole that makes it useful…?

Does not profit comes from what is there;

usefulness from what is not there.”

In everyday life we don’t usually think in fluid binary terms of intervals being painted, yet without ratios of space and interval not only would tunes collapse, but so would the whole universe. It is not only music that derives form from the ratios of painted silence that create it; the universe itself would collapse to a singularity were it not for the ratios of intervals that energetically and existentially are continually in the process of creating it. We arise as expressions of a universe of dynamic relationships that gives rise to all, including all life. Space/interval isn’t just the static non-stuff that we move through. It includes the dynamic ratios that renders form to all.

Like music and mathematics, language expresses complex ratios of intervals, as do these very words unfolding. The intervals that are the universe unfold to be energetically expressed as coherent patterns of relationship. This is just one more coherent expression that we cannot see. Along with other invisible phenomena in a universe of dynamic intervals—such electricity and wind—we can add the phenomenon of human language, which through the ratios of intervals expressed through its grammar as thoughts and words, in turn expresses what we call ideas. Thus the expressions that are thoughts/words are like the music of a robin’s song, expressions of relations of intervals that are merely expressions of the universe being what existentially is.

As such the manner or grammar of the existential sound of jazz is a metaphor for the timeless relationships of intervals forming the universe itself. While playing my trombone, I don’t say to myself “I will play this pattern now,” because in those moments the sensation of “I” is not sensed. It is superfluous to the stream of patterns that enjoins the flow of tributaries to the unfolding theme. I often can, and do, mentally switch and direct with intent the phrases I will play next; then something in the theme comes along and the pattern of the flowing theme takes over again.

While playing I have a dual awareness, the yin, the river of the theme, balancing the yang of intent. That which is “I” is the threshold to and the expression of both—is  aware of the dialogue being expressed by both.

Like the energy wave that arises where river meets sea, we also arise and, in our own rhythms, are continually the expression of a process. We are in a state of being formed from a universe of continually unfolding relationships. We don’t have to believe this; it is a logical state of affairs, and what is logic if not the fluid grammar of the universe, the Logos, which like the Tao, cannot be spoken yet forms the unity of the cosmos.

Peter Jezard plays jazz up and down England’s east coast, where the Blackwater Band is available for conferences and functions. His book Threshold-A Fluid Reality is available on Amazon. You can read more about him and his philosophy at https://threshold-philosophy.com/.