The Secret Language of Trees 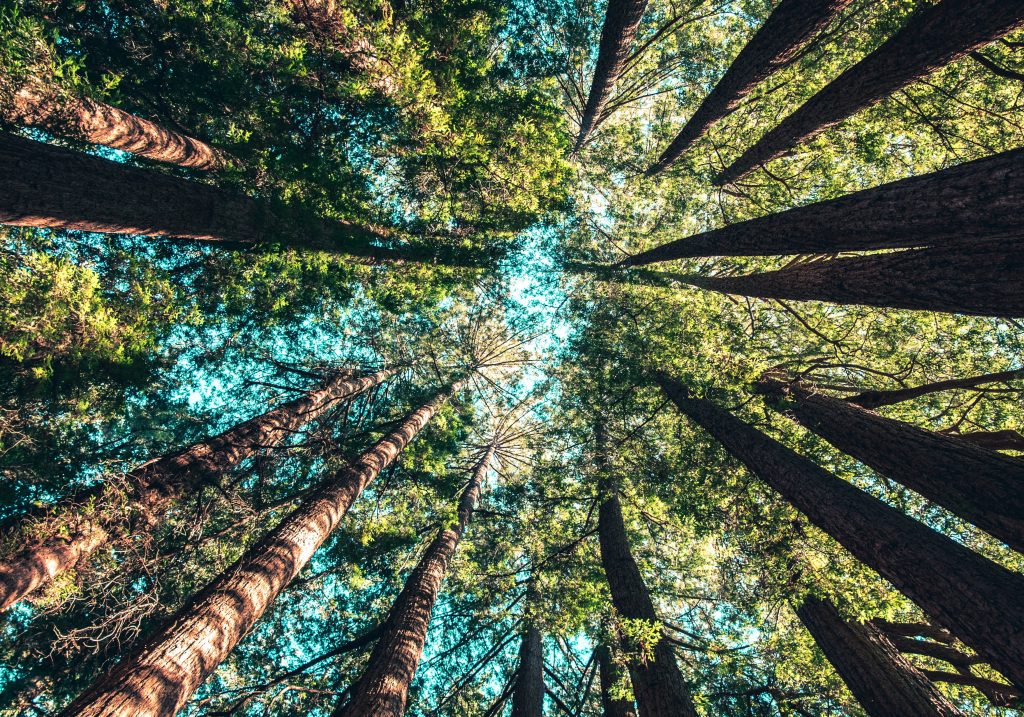 If you look at a forest through a Darwinian lens, you’ll see individual trees battling each other for finite resources like water, nutrients and sunlight. The winners take what they can and live long enough to reproduce, while the losers end up struggling to survive.

In recent years, though, this “survival of the fittest” view of forests is giving way to something altogether different. Research shows that trees have much more complex relationships. They cooperate, share resources, warn each other of danger, nurture younger trees and work together to create a vibrant, healthy community — some might say like a family or old friends.

While some scientists would prefer a less poetic — and less anthropomorphic — way of describing the interrelationships of trees, there’s little doubt that our former view of trees as loners battling for individual supremacy is no longer valid.

Peter Wohlleben, a German forester and author of The Hidden Life of Trees: What They Feel, How They Communicate, is one of the biggest proponents of this shift in how we talk about trees.

In an interview with Smithsonian, he refers to certain pairs of trees as “old friends,” which might bring to mind the tree-like Ents in the Lord of the Rings. But this description is less Tolkienesque than it seems. Wohlleben is referring to the close connection between pairs of trees. Sometimes it is so close, he said, that if one tree dies, its partner usually dies soon afterward.

Trees have many ways of communicating with each other. An important one is through underground fungal networks, also known as mycorrhizal networks. Fungal filaments join with the hairlike root tips of trees, forming a network that connects trees in what some have dubbed the “wood wide web,” said Wohlleben.

Through these underground networks, trees share water and nutrients, and communicate with other trees about environmental challenges like drought, disease and insect attacks. The fungi, though, aren’t in it for nothing. They feed off the sugar that trees make through photosynthesis.

Older trees also support younger ones that have less access to sunlight because they are shaded under the forest canopy. The larger trees supply the roots of younger trees with sugar through the underground network. Some research has found that trees are even able to differentiate between the roots tips of related and unrelated trees, and adjust where they send the nutrients.

The underground tree network doesn’t just share sap among trees. Scientists have identified chemical, hormonal and electrical signals passing from tree to tree, with many of the signals appearing to indicate alarm and distress. Research suggests that plants may even communicate via sound — producing a crackling noise in their roots which is inaudible to people.

Trees also communicate through the air, releasing pheromones and other chemicals to alert other trees to danger. In sub-Saharan Africa, the umbrella thorn acacia emits a distress signal when a giraffe chews on its leaves. When a nearby tree picks up this signal, it increases the level of tannins in its own leaves, making them less palatable to the giraffes.

When caterpillars chew on elms and pines, the trees release pheromones that attract parasitic wasps. The wasps lay their eggs in the caterpillars, which then eat them from the inside out when they hatch. Other trees respond to deer saliva by increasing chemicals in the leaves so they taste bad to the deer.

Some people point to this complex communication and cooperation between trees as signs that they are conscious at some level. Others argue that genetics and natural selection is all that is needed for these abilities to develop — no intentional actions or forest consciousness.

Whatever is causing trees to work together, research shows that forests don’t neatly fit the “survival of the fittest” version of Darwinian evolution that lingers in our minds, even 150 years after it was introduced.

Suzanne Simard, a tree researcher at the University of British Columbia in Vancouver, told Smithsonian that trees benefit when they cooperate. When trees share resources, the forests are more healthy and stable. This, in turn, helps trees live longer and reproduce more often.

She has also discovered that some of the biggest, oldest trees in the forest are more connected, making them what she calls “hub trees” or “mother trees.” These kinds of interrelationships matter when it comes to managing forests. Cutting down “mother trees” may harm the entire forest by starving younger trees of much-needed nutrients and protection.

These kinds of considerations will become even more important as rapid climate changes force trees to adapt to entirely different environmental conditions. Knowledge of the secret language of trees may also alter the experience of walking through a forest, surrounded by stationary organisms that still manage to support each other like family or friends.