The Polyvagal Theory and the Role of the Unconscious 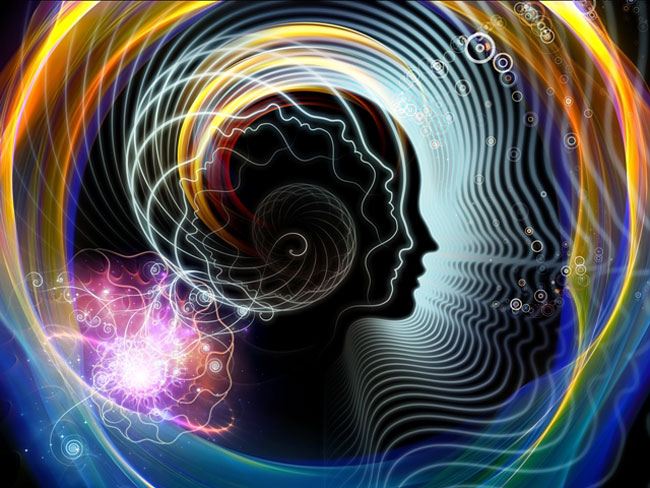 The way you react to the world and to the people around you is driven much more than you realize by unconscious aspects of your brain and body. While this mirrors some of the teachings of the world’s spiritual traditions, scientists studying the evolution of the human nervous system have recently come to a similar conclusion.

The idea that many processes in the body lie outside our conscious control is not new. The autonomic nervous system is well known for stimulating the fight-or-flight response or encouraging resting and digestion, all without the need to take charge of those reactions.

A new scientific theory, though, looks at how the autonomic nervous system changed as reptiles evolved into mammals. Over time, organisms developed new unconscious ways of interacting with their environment, each more complex than the last. However, rather than shedding the old circuits, mammals retained those, giving people three distinct ways of responding unconsciously to environmental cues.

At the heart of this model is the vagus nerve, a key component of the autonomic nervous system that runs from the brain to the heart, lungs, gastrointestinal tract and other abdominal organs. Part of this nerve is also closely linked to the cranial nerves that control vocalization (speech in humans) and facial expression—both key parts of human social interactions.

Unlike other nerves in the body, the vagus nerve has two branches, which has given this theory its name—the Polyvagal Theory. This concept was first proposed and later developed by Dr. Stephen Porges, a professor in the Department of Psychiatry at the University of North Carolina at Chapel Hill.

According to the polyvagal theory, the vagus nerve has two branches but includes three distinct circuits that define the ways in which organisms can respond to their environment. The most recent development in the vagal nerve occurred in mammals. This resulted in a close link between the nerves that control the facial muscles and vocalization with the vagus nerve—which regulates the heart, lungs and other internal organs.

The vagal circuits activate in a hierarchical fashion—from newest to oldest. In addition, each circuit can override the others. The newest circuit—which is unique to mammals—promotes social interactions through a calming effect and the stimulation of speech and the facial muscles. The next older circuit is the traditional fight-or-flight response of the sympathetic nervous system. The oldest—which activates in extremely dangerous situations—can cause a person to freeze or faint.

In people, the newer circuit is generally the first to activate. The result is a calming effect—slower heart rate and breathing, and fewer stress hormones. This circuit also stimulates facial muscles to encourage social interactions—such as raising of the eyebrows to show interest in a conversation, or the tensing of the muscles of the inner ear to assist with blocking out background noise. Social interactions occur best when we are in this calm state.

However, if we are in an environment that is not safe—or perceived as not safe—one of the older vagal circuits will take over. When this happens, it is more difficult to connect socially because the vagal circuit that promotes social interactions is being inhibited by the older circuit.

All of these responses to the environment are hard-wired into us—even the social and emotional behaviors associated with the newest circuit. As a result of the unconscious nature of these responses, it is impossible to simply turn off a vagal circuit that your body has recruited to fit the current situation.

Although these responses are unconscious, proponents of the polyvagal theory offer an approach for dealing with situations when the vagal circuits fire inappropriately—which may also occur in some mental health disorders. This involves using voluntary behaviors to recreate the sense of a safe environment in order to activate the calming vagal circuit.

This may mean moving to a safer location or leaving a stressful situation. Social interactions can also create a sense of safety, such as when you see a friendly face at a party where you thought you didn’t know anyone. Pranayama—yogic breathing—may also have the same effect because it involves stimulating the facial muscles tied to the newest vagal circuit.

Shifting the vagal circuits, though, requires you to first understand why your body responds to the environment in the way it does. Once you recognize where your reactions are coming from, you can work on changing the state of your body. That, of course, will mean different things for different people, but much of it is about finding more peace in your life so your neural circuits are not being triggered.
_____

“When you’re like a keg of dynamite just about to go off, patience means just slowing down at that point—just pausing—instead of immediately acting on your usual, habitual response. You refrain from acting, you stop talking to yourself, and then you connect with the soft spot. But at the same time you are completely and totally honest with yourself about what you are feeling.”
~ Practicing Peace in Times of War by Pema Chödrön