The Other Syntax: A Universe Without Beginning 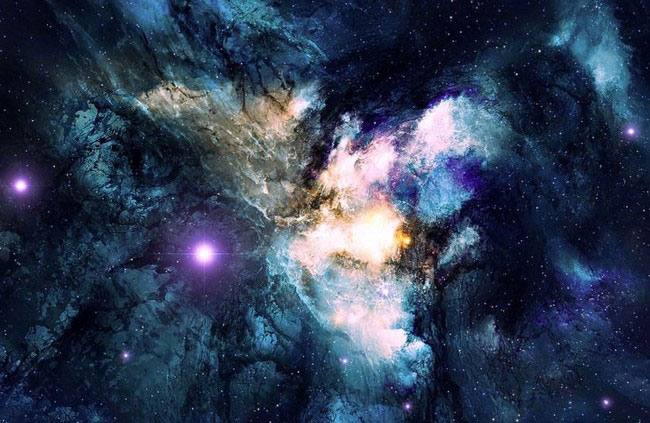 “Did the universe really begin?” asks Carlos Castaneda in The Active Side of Infinity. “Is the theory of the big bang true?”

For many physicists, the answer is undoubtedly yes. The Big Bang holds a central place in modern physics, alongside black holes, entanglement and gravity. But for Castaneda—who conspicuously drops the capital letters from the phrase—questions about the Big Bang are not really questions at all, even “though they sound like they are.”

It’s a matter of syntax, he says, with physicists embracing a syntax that “merely mirrored the syntax of [their] mother tongue.” Applied to cosmology, this way of looking at things has given us a finite universe—starting at the Big Bang, passing through an expansion phase, and eventually meeting its untimely end billions of years from now.

But the syntax of a finite universe is only one possibility. “There are other syntaxes,” says Castaneda. And even science, given enough time, is open to change, the same way the universe changes with each passing moment.

This shift in how we view the universe—or how we could view the universe—has already started, with a paper published in Physics Letters B. The authors of this paper used another staple of modern physics—quantum mechanics—to come up with a new model of the universe. Unlike our finite universe, though, this one lasts forever—no beginnings, no ends, no big bangs.

The current view of the universe, which arises directly out of Einstein’s general relativity, works well for the most part. In that model, the universe started as a single infinitely dense point, or singularity, which was followed by the Big Bang. But some physicists say that general relativity can only describe what happened immediately after this singularity, not at or before it.

The paper’s authors, though, have come up with a new model that solves many universal problems. To do so, they used quantum correction terms to adjust the equations that describe the expansion and evolution of the universe. This all occurs within the context of general relativity.

One of the main results of this new model is that the singularity that preceded the Big Bang drops away. And so does the possibility of a “big crunch” singularity at the end of the universe, where everything collapses back in on itself. This leaves the universe unbounded for all of infinity.

Given its prominent place in modern physics, the Big Bang is unlikely to disappear so easily. The authors of the paper, though, are planning to test their model more rigorously. But we have already glimpsed the possibility of another way of viewing the universe, one that Castaneda calls the “other syntax.”

“A man of that syntax, looking over his equations, finds that
he has calculated enough varieties of intensity
to say with authority
that the universe never began
and will never end,
but that it has gone, and is going now, and will go
through endless fluctuations of intensity.”
~ From “The Active Side of Infinity” by Carlos Castaneda

The End of Everything: Dr. Katie Mack

Peter Russell in conversation with the audience at SAND18 US.

No matter where we start with quantum theory, we always end up at a conundrum

Relationship and Synchronicity in Quantum Physics - SAND19 US

In quantum physics, it appears that only relationships are real.