The Neurobiology of Love 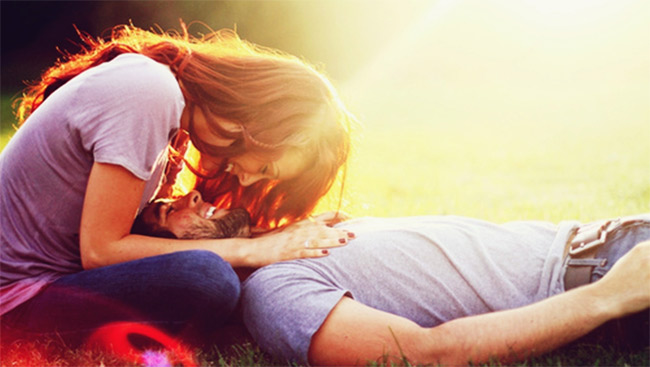 For anyone who has watched a friend fall in love, Nietzsche’s words from Thus Spoke Zarathustra might ring true: “There is always some madness in love. But there is always, also, some method in madness.” This “madness” is often clear, even from the outside. How many times have you questioned your friend’s judgement in choosing a partner or felt annoyed at their giddy euphoria?

Less apparent is the “method” — or reason — in this madness, which is why poets, musicians and novelists have been searching for the perfect way to describe love for centuries. It turns out, though, that neurobiologists have quite a lot to say about this great mystery of life. In recent years scientists have been examining the biological underpinnings of romantic love, searching for a way to understand how love can drive people to such wild behaviors.
What we experience as romantic love is partially driven by neuromodulators such as dopamine. This chemical is involved in both sexual arousal and romantic feelings. It also has an important role in the brain’s pleasure and reward pathways.

Neurons in the brain release dopamine when we take part in activities related to our survival or producing offspring, such as eating sugary foods, having sex and falling in love. This flood of dopamine gives us a sense of satisfaction that encourages us to continue.

The importance of dopamine in mating has been studied in prairie voles. Both male and female prairie voles develop an attachment to their partner after only a single mating, a development that depends upon dopamine.
In one study [https://www.ncbi.nlm.nih.gov/pubmed/10718272], when researchers activated the dopamine receptors in the male vole’s nucleus accumbens — part of the reward pathway — the male became attached to a female even without mating. Blocking the same dopamine receptors prevented males from developing a partner preference, even when oxytocin — the “cuddle” hormone — was present.

Research in people has found a similar role for dopamine during romantic love. In one study, when people looked at a picture of someone they were “in love with” the dopamine-rich areas of the reward pathway were activated — the same regions that turned on in response to the promise of a monetary reward.

Although dopamine is involved in creating the euphoric or elevated feelings that come while in love, it’s less of a “pleasure chemical” than it has been labeled in the popular press. Studies on roulette players found that gamblers show just as much dopamine activity in the nucleus accumbens when they have a near-miss as when they win. This may be why unrequited love can have such a strong hold over us.

Other neuromodulators help produce the experience of romantic love, including oxytocin and vasopressin. These chemicals are involved with bonding and attachment, both maternal and romantic. They are released during childbirth, breastfeeding and orgasm. They also interact with the dopamine reward system — by stimulating the release of dopamine, they make love a rewarding experience.

Romantic love can even have a dampening effect on certain parts of our brain, again suggesting a form a “madness.” When people looked at a picture of their beloved, activity decreased in the amygdala, an area of the brain connected to fear and anger. One group of researchers  suggested that love turns down the fear response. This makes sense given that being vulnerable and building trust are essential parts of falling in love.

Romantic love can also lead to decreased activity in the frontal cortex, resulting in a relaxation of the criteria that we use to judge other people. So when we are in love, we are less likely to see our beloved’s shortcomings. This decrease also occurs with maternal love — where according to mothers, their children can do no wrong. But while love can change how you judge the object of your affection, you are unlikely think differently about a book or a scientific work.

Other decreases occur in areas of the brain associated with “theory of mind” and “mentalizing,” including the prefrontal cortex. These regions help us figure out what other people are feeling or planning. Theory of mind also comes into play when you need to distinguish between yourself and others. When you fall in love, though, that distinction diminishes. If your love is strong enough, you may even lose sight of your separateness from your beloved. So while love may feel at times like a form of madness, there is a sense of unity — or oneness — that poets have long sought to capture.
_____