The Myth of Enlightenment 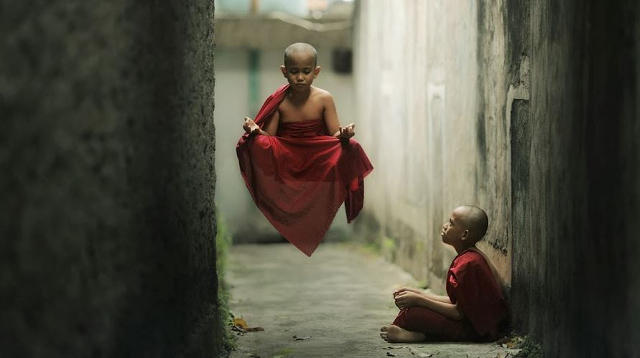 There is a pervasive myth about enlightenment which, although repeated by many spiritual teachers, has its origins in a view of spirituality that arises from the misconceptions of the unhealed ego. We all share this wounded aspect of our egoic selves so discussing this for a moment might help us all. The myth is that there is such a “thing” as enlightenment.

I would not care so much about this myth except for the fact that when it is repeated, it strengthens misconceptions in all of us, leading us to waste time instead of, well, actually being enlightened.

I’ll explain. Years ago, inspired by the term used in the Flower Ornament Sutra for bodhisattvas as enlightening beings, rather than “enlightened” ones, I understood that using that term reduced the chances of falling into the fallacy that there was some “thing” called “enlightenment,” as if there was a state, a place, a particular perspective, an inner vision, shape or design that could be designated as such. The unhealed ego likes nothing so much as a series of definite steps that take us to a new location where—it hopes—it will not suffer so much.
The very act of doing that—of maintaining this myth—separates so-called enlightenment as foreground from the background of the rest of life—as if there could possibly be two things. It continues the myth that there is a there there.  Its true, yet unspoken inner reason-for-being from the unhealed or unintegrated ego is to not suffer, to save the self. This of course, since it is a vision of what healing is from the partial, small vision of what the personal self actually is and what will actually reduce its pain, will never actually save the self. It only creates a bright prison where will live, dwelling in what we think is light, but which is only a bright form of fear.

While, on a romantic level, or let’s say an inspirational level, and incremental level, it is important to talk about a “place” or “thing,,” or “attitude” as more enlightening that some other place or thing or attitude (it is true, after all…) it is also misleading, mis-educational, if you were to leave it at that.

So, while there are answers to koans, and yes, a blade of grass is a holy antidote to grandiose feelings of power, and yes, for Christians, Lourdes is holy as the Wailing Wall is for Jews and Mecca for Muslims, these are only places and perspectives to help the personal self reach an enlarged vision. Enlightenment is only everywhere or nowhere at all. That we live is enlightenment. That we perish is awakening. That we hate, that we love, that we fall and rise, is enlightenment too. All things are impermanent and the unhealed ego’s dream of some permanent place in the center of all this flux is an illusion. That this flux itself is our actual and sacred home is something we can learn through discipline and effort. We need—as the Pure Land teachers say, to break our bones to find out that what we need to achieve is already here.

Another part of the myth of enlightenment is that it is an heroic journey to get to it. First of all, we have the problem of getting to “some place.” There is no place that is not right here, though yes, we need to journey and be heroes as well. Yet again, if we stop there, we only see the heroic aspect of the personal self and not awakening itself. Awakening itself is heroic and not heroic. It is about the tenderness of seeing that we are heroes and small, afraid, temporary beings. This is the truth. To depend upon eternity is silly, considering that the only eternity that exists is a momentary one, filled with each sacred action in the universe.

Each blade of grass, the Kabbalah teaches us, has its own angel. But if we listen carefully, that angel is singing this song: I am here. I am here. All that is here is holy. “Holy” means “complete.” Unless we are heroic enough to see that both our completeness and strength along with our incompleteness and fears make up the totality of who we are, we are doomed to search for enlightenment in all the wrong places.

Which Untruth to Love?

She was a Sufi mystic who lived in the eighth century

The Science of Spiritual Narcissism