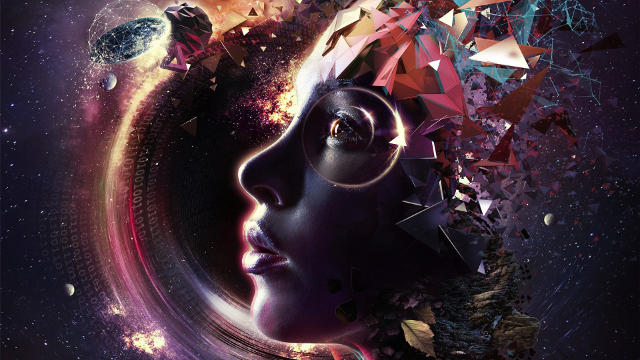 The most famous case study in science, prior to Freud, was published in 1728 in the Philosophical Transactions of the Royal Society by the English surgeon William Cheselden, who attended Newton in his final illness. It bore a snappy title: “An Account of Some Observations Made by a Young Gentleman, Who Was Born Blind, or Lost His Sight so Early, That He Had no Remembrance of Ever Having Seen, and Was Couch’d between 13 and 14 Years of Age.”

When he first saw, he was so far from making any Judgment about Distances, that he thought all Objects whatever touch’d his Eyes, (as he express’d it) as what he felt, did his Skin . . . We thought he soon knew what Pictures represented, which were shew’d to him, but we found afterwards we were mistaken; for about two Months after he was couch’d, he discovered at once, they represented solid Bodies.

The boy saw, at first, patterns and colors pressed flat upon his eyes. Only weeks later did he learn to perform the magic that we daily take for granted: to inflate a flat pattern at the eye into a three-dimensional world.

The image at the eye has but two dimensions. Our visual world, vividly extending in three dimensions, is our holographic construction. We can catch ourselves in the act of holography each time we view a drawing of a Necker cube—a few lines on paper which we see as a cube, enclosing a volume, in three dimensions. That cubic volume in visual space is, of course, virtual. No one tries to use it for storage. But most of us—both lay and vision-science expert—believe that volumes in visual space usually depict, with high fidelity, the real volumes of physical space, volumes which can properly be used for storage.

But physics has a surprise. How much information can you store in a volume of physical space? We learn from the pioneering work of physicists such as Gerard ‘t Hooft, Leonard Susskind, Jacob Bekenstein, and Stephen Hawking, that the answer depends not on volume but on area. For instance, the amount of information you can store in a sphere of physical space depends only on the area of the sphere. Physical space, like visual space, is holographic.

Consider one implication. Take a sphere that is, say, one meter across. Pack it with six identical spheres that just fit inside. Those six spheres, taken together, have about half the volume of the big sphere, but about 3 percent more area. This means that you can cram more information into six smaller spheres than into one larger sphere that has twice their volume. Now, repeat this procedure with each of the smaller spheres, packing it with six smaller spheres that just fit. And then do this, recursively, a few hundred times. The many tiny spheres that result have an infinitesimal volume, but can hold far more information than the original sphere.

This shatters our intuitions about space, and its contents. It is natural to assume that spacetime is a fundamental reality. But the holographic principle, and other recent discoveries in physics, tell us that spacetime is doomed—along with the objects it contains and their appearance of physical causality—and must be replaced by something more fundamental if we are to succeed, for instance, in the quest for a theory of quantum gravity.

In this case, the holographic principle points to a different conception of our perception of visual space. It is not a reconstruction of an objective, and fundamental, physical space. It is simply a communication channel for messages about fitness, and should be understood in terms of concepts that are standard for any communication channel, concepts such as data compression and error correction. If our visual space is simply the format of an error-correcting code for fitness, this would explain its holographic nature. Error correcting codes introduce redundancy to permit correction of errors. If I wish to send you a bit that is either 0 or 1, but there is a chance that noise might flip a 0 to a 1 or vice versa, then we might agree that I will send you that bit three times, rather than just once. This is a simple Hamming code. If you receive a 000 or a 111, you will interpret this, respectively, as 0 and 1. If you receive a 110 or 001, you will interpret this, respectively, as 1 and 0, correcting an error in transmission. In this case we use a redundant, three-dimensional format to convey a lower-dimensional signal. The holographic redundancy in our perception of visual space might be a clue that this space, likewise, is simply an error-correcting code—for fitness.

What about physical space? Research by Fernando Pastawski, Beni Yoshida, Daniel Harlow, John Preskill, and others indicates that spacetime itself is an error-correcting code—a holographic, quantum, secret-sharing code. Why this should be so is, for now, unclear, and tantalizing.

But it is clear that the holographic principle has the power to shatter false convictions, stir dogmatic slumbers, and push on where intuitions fear to tread. That is why we do science.