The Holographic Future: From Science Fiction to Reality 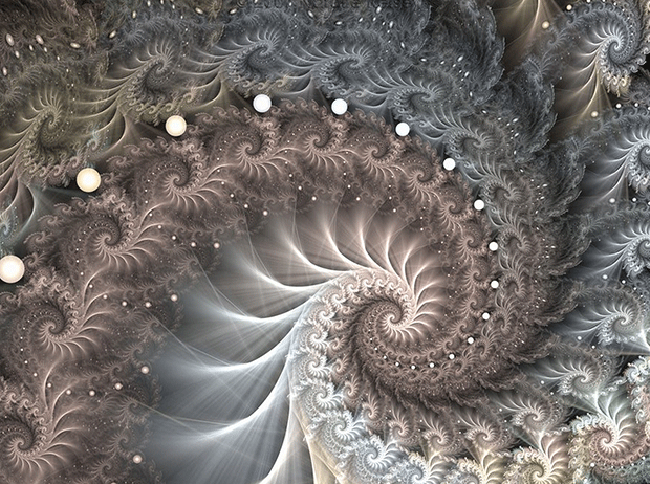 Since childhood I have been fascinated by holograms. The reason was the science fiction movie Star Wars and in 1984 I watched it for the first time. “Help me, Obi-Wan Kenobi.” Princess Leia spoke these famous words in a hologram, projected from the droid R2D2. Numerous holograms also appeared in science fiction movies like Star Trek, Avatar, and Promotheus.

Could these science fiction movies have predicted a holographic future already way back then? What will happen with the development of the 3D technology in Blu Ray, cinemas, the internet or in other areas? Could the idea of a holographic mind or brain be a breakthrough? We also hear different psychics, channelers and spiritual teachers talking about the Akashic Field of information being of a holographic nature. And what does science tell us about holograms?

In this article I will offer you a few glimpses of holograms in the world of science and spirituality. Enjoy the ride with me!

Holograms and Quantum Mechanics
Stanford physicist Leonard Susskind and Nobel prize winnerGerard `t Hooft have each presented calculations showing what happens when you try to combine quantum and relativistic descriptions of space-time. They found that, mathematically speaking, the fabric should be a 2D surface, and the grains should act like the dots in a vast cosmic image, defining the resolution of our 3D universe. Quantum mechanics also tells us that these grains should experience random jitters that might occasionally blur the projection and thus be detectable.

Stanford professor in psychology and psychiatry, Karl Pribram and others noted similarities between brain processes and the storage of information in a hologram, which also uses Fourier Transformations. In a hologram, any part of the hologram with sufficient size contains the whole of the stored information. In this theory, a piece of a long-term memory is similarly distributed over a dendritic arbor so that each part of the dendritic network contains all the information stored over the entire network. This model allows for important aspects of human consciousness, including the fast associative memory that allows for connections between different pieces of stored information and the non-locality of memory storage (a specific memory is not stored in a specific location, i.e. a certain neuron).

A new experiment: The Holometer
The Department of Energy’s Fermi National Accelerator Laboratory is engaging in an interesting experiment that bears the sci-fi name The Holometer. The goal is to answer some questions about the universe, including whether or not we actually live in a hologram.

Characters on TV are 3D, but they ‘exist’ on a 2D screen. In the same way, we could be blissfully unaware that our 3D universe is just an illusion. It could very well be that you and me and everything in between, seemingly solid, is nothing more than a hologram.

Matter is the result of a frequency, even the matter that makes up ‘you’, the chair you’re sitting in, the house you live in, the dog you’re petting; everything. If frequencies are amplified, the structure of matter will change. Equally, if you change anything about the hologram, you can change the entire system.

So what happens when you sit too close to your TV? You’ll notice pixels. The tiny points of light that make a perfect image if you take a step back. Scientists have begun to think that the universe’s information may be packed up in the same way. But this ‘pixel’ could be 10 trillion times smaller than an atom - what physicists refer to as the Planck scale.

Some theoretical physicists suspect that space-time is pixelated. It’s grainy, in a way. And since a 2D surface can’t store the necessary information to render a 3D object, these pixels would be larger in a hologram. “Being in the [holographic] universe is like being in a 3D movie,” says Craig Hogan of Fermilab in Batavia Illinois. “On a large scale, it looks smooth and three dimensional, but if you get close to the screen, you can see that it is flat and pixelated.”

“We want to find out whether space-time is a quantum system just like matter is,” Hogan continues. “If we see something, it will change the ideas about space we’ve used for thousands of years.”

The experiment seeks to probe the limits of the universe’s ability to store information. What they call “Holographic noise” is expected to be present in all frequencies, but the scientists’ challenge is not to be fooled by other sources of vibrations. The Holometer is testing a frequency of millions of cycles per second, incredibly high, so the motions of normal matter won’t cause any confusion.

A positive result will open a whole new avenue of questioning about how space works. If this experiment yields a positive result, it would change every assumption we have about the world we live in. It would show that everything is a projection from a flat surface, possibly billions of light years away. The Holometer experiment will gather data in 2015. Find out more about the experiment here.

According to the most recent murmurings on the subject – from no less than the Wall Street Journal – the device creates stereoscopic images without the need for 3D glasses by tracking the position of each of the user’s eyes and projecting the appropriate image into each.

Other companies are working on similar tech, and a startup called Liquid 3D aims to specialize in providing depth-defying screens for other vendors.

In 2011, while promoting the 3D movie HUGO (2012), visionary movie director Martin Scorsese said: “The idea of holographic movies is an inevitability. If everything moves along and there’s no major catastrophe, we’re headed toward holograms. You have to think that way. Don’t let fashion and economics inhibit you.”

What if the whole universe is like a computer simulation, as we can see in the movie The Matrix? Plato wondered about if the world as we perceive it is an illusion. Furthermore, standard computer models are based on a 3D grid. If the universe is a vast grid, the motions and distributions of high-energy particles called cosmic rays may reveal similar anomalies.

In 2013, a paper by MIT engineer Seth Lloyd builds a case for an equally exciting concept: If space-time is made of quantum bits, the universe must be one giant quantum computer. And if the universe is a computer program, who or what wrote the code?

Holographic view of spirituality, non-duality and mystical experiences
I think there are a lot of benefits to a holographic view or model of the universe. There are some interesting observations you can make, which could easily lead to a breakthrough in science:

Quantum perception, hologram and information
In an article in the Huffington Post, system theorist, integral theorist and Philosopher of Science Ervin Laszlo argues that a quantum-perception of the world is just as real as its sensory perception:
“All things in space and time emit waves, and these waves interact with the waves produced by other things. They create wave interference patterns. Pressure waves in the air, and electric and magnetic waves in the EM field diminish with distance, and the patterns they produce are limited to our immediate vicinity. However, quantum waves (waves that propagate in the nearly infinite virtual-energy domain that fills cosmic space) move instantly over any distance. The kinds of interference patterns they create constitute quantum holograms, and quantum holograms are “entangled” with each other - they are instantly connected. As a result, the information carried by one quantum hologram can be transferred to any other quantum hologram. Thus a system that can “read” the information in one hologram has access to the information carried by all. Our quantum-resonance-decoding brain could in principle capture information on anything and everything that creates quantum-interference waves in the universe.

Evidently, to capture this kind of information, our brain must have the corresponding receptivity. Scientists are now beginning to understand how quantum-hologram receptivity might be built into the brain.

It appears that quantum-level signals are picked up by microstructures in our brain’s cytoskeleton (the cytoskeleton is a protein-based structure that maintains the integrity of living cells, including neurons). The neurons in the brain are organized into a network of microtubules of microscopic size but astronomical number. There are about 1 x 1018 microtubules in the human brain, and “merely” 1 x 1011 neurons (though this number is still larger than the number of stars in the galaxy). With filaments just five to six nanometers in diameter, our network of microtubules—the so-called “microtrabecular lattice”—is believed to capture, process, and convey information.

Physicist Roger Penrose and neurophysiologist Stuart Hameroff claim that consciousness emerges from these quantum-level elements of the brain’s cytoskeleton. The microtrabecular lattice could be responsible for the quantum-receptivity of our brain, picking up, transforming, and interpreting information based on phase-conjugate resonance.”

Holographic future?
What kind of impact will a breakthrough in holographic technology have on our view of the universe, on nature and on us humans? Will it open new doors in the perception of science, the universe and of us? Will we have a clearer understanding of the holographic nature of the Akashic Field of information?

Being futuristic, I am positive that our own imagination, and science fiction movies, might have the answer to these questions.

“You must unlearn what you have learned” – Yoda in the movies of Star Wars.

David was born 1973 in Norway. He is a deputy head of a Norwegian interest organization in mental health care called White Eagle. His main work is in the community of Bergen as a consultant in the archive of building projects.

His main passion is practicing Vedanta teachings. Vedanta is called Science of Consciousness and he stopped chasing and searching for experience and now he is doing self-inquiry (reflections, contemplation, analyzing, logical thinking and systematizing) as a means of knowledge: Self-Knowledge of Vedanta teachings. James Swartz is his teacher and he has 40 years experience with Vedanta teachings. He has been influenced by Swami Chinmayananda and Swami Dayananda Saraswati. They follow and are influenced by a traditional Vedanta lineage.

Vedanta means end of knowledge and the source is mainly Upanishads. He is also grateful to Science and Nonduality and Deepak Chopra for the influence of following Vedanta teachings.